Washington was a Great Example for Leaders Today!

Christofer has been a paralegal for 25 years. He has 4 children and 8 grandchildren. He and his mother studied astrology for over 40 years.

In the early Middle Ages, the most Holy Roman Catholics went into the South of France, just off the Mediterranean waters and went on the first great Inquisition. These silly people thought they were Christians., But alas the sanctimonious, self righteous Roman Catholic militant priests went with the Vigor of the Lord and tossed babies off of cliffs, burnt their parents, and wiped villages from the earth. It takes a truly Sanctimonious person to be able to conduct this act with a fervent feeling of righteousness.

Listen to Roy Orbison with a new Lyric -- "Only the Holy...dumb, dumb, dumb dummy do whah."

We moderns, we of the Secular Ranks, we ultra clear thinkers of this world can look down on the sanctimonious moves that old world religious people gave themselves to.

But alas, forgive me for being too modern, but this is a "teaching moment". Sanctimony has gone viral and infects the corridors of business, government, socials, bars, community organizations and just people who share their "sentiments with their friends".

Let us think about Sanctimony, Piety in its modern terms and variety. Feigned piety or righteousness; hypocritical devoutness or high-mindedness.

I confess I have not ever heard of the word "tartuffery", but these words do give us a tremendous array of ways to look at the word I am particularly using.

You can note that the Sanctimonious and the Pious tend not to beset with Guilt, plus they have the Assumption that they Believe what they Believe Without the Need to Explain.

There is also the characteristic in journalists, writers, "speechifying" and bar room yellinhg matches: Rabid Name Calling in which you had better agree, or you will get painted with the Same Name.

I note "Piety". This is another religious term which has the breath smell of the unassailably holy. Now that Modernity is upon us, we need not make the sign of the cross, we just subscribe the certain magazines, come out correctly on social issues and give the knowing smile of the Pious.

A "Pious character" and his events are described in the Chicago Tribune. It describes a modern example:

"Whether ___________is capable of candor is an open question. His every utterance since his arrest—including his testimony from the witness stand—has exhibited the same preposterous sanctimony that marked his past. Bad people are out to get him. He’s ‘done nothing wrong. Every slimy thing he said on tape has been taken out of context. Every move he made was to make life better for the people." —Eric Zorn, Chicago Tribune

This kind of Sanctimony and Piety is often found in the most innocent looking and fresh faced of doers. If you stay away from politics, i.e. repulblican versus democrat, which people won't, however this is not about politics, it is about the human trait of being high handed, hypocritical, pious and self righteous, being in control and wanting your way. Put "religion" there, or "politics" sure, but history is laced with many more examples that don't need to be labeled that way.

We Were Human Before Formal Religion

Pulsing away in our inner organs is the powerful human sense that we must feel right, feel blessed and be free to get out own way - all at the same time. I think that this says something for us. It is almost as if this combination of features tends to civilize us. We really don't want to go in a rage one night and kill the village, we want to be right, feel right and look right -- then get our way. This tends to avoid killing, make the women from the other side available to us and lessen our chances of getting killed in battle, or your throat slit at night.

Yes, as time went on, formalized religion allowed for these human tendencies to have an official home. And, we could go out, with the power of the Pope, to murder Christians who didn't worship the way they did. But you see, there it is again. PIety and Sanctimony actually have a purpose. We have to make up a good story. That thing that resides in us has a way of making us come up with great explanations for our fraudulent, superior, selfish, duplicitous ways. And yes, I again, think this is actually an element of human life that at least keeps our heads high as we seek our own and condemn the other side and toss our diatribes like so many hand grenades.

Now wonder the whole "voting thing" (Democracy) is a high-minded approach, and helped lead us to this state of modernity.

George Washington Just Left the Job for The Next Guy

If George had wanted to take another term, he could have had one. His speech would have been filled with Piety, Sanctimony and Unctuousness and Duplicity. Guess what? No one would have stopped him. But he would have had to be sanctimonious to win the day. As humans this is how something like this would be done. But he just stepped off the international stage. Then the whole world held their breath. And still, today, in looking back, people are in awe at his lack of Pietry or Sanctimony. He was straight, without fraud.

Where Do We Go From Here?

With the Internet, people will be able to join movements about which we can be pious and sanctimonious. Yet, also with the Internet, we don't have to inhabit alley ways and tribal locations, we can actually spread our wings, seek the other point of view, become more open minded than anyone really requires us to be.

More open minded and research-oriented than anyone really requires us to be?

That won't make the pious and sanctimonious like or admire you, but it might make you feel a bit like George Washington. Maybe movements will come about in the future that require us to be able to speak both sides of an argument, and maybe a third and a fourth?

Too much to ask?

New Prophets from Jesus to Lao Tzu, to Buddha were famous for breaking long established realities of the existing authoritarian structure. To break their rules was considered "impious", rebellious, without sanctity. They were summarily condemned by the Sanctimonious and the Pious. All over the world, that which becomes established develops the formal attire of authority and thus the shining medals and cloaks of piety. God doesn't have to be evoked. It just happens. They might insist that God NOT be a part. When people organize themselves, evolutionarily or revolutionarily - what is right and correct and legal can become confused in the human struggle. Read Animal Farm, by George Orwell, if you wish for a vivid picture of the struggle in allegorical terms.

If in the future, if we get an Internet Prophet, or some wild guy or gal who comes along an inhabits and resides in Modernity, it would be interesting to see what kind of reception he or she would get. Piety is everywhere, but what is more exciting and thrilling is the ever changing conscious human heart!

Royalty Used to Be Common, but Presidents Could Not Be Royal 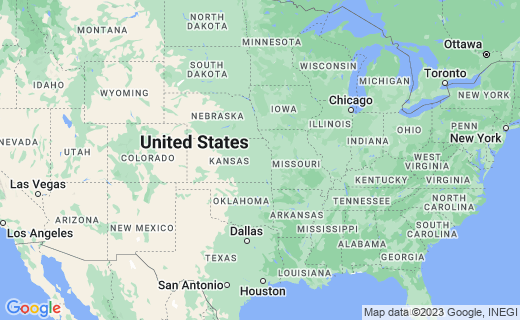 f in the future, if we get an Internet Prophet, or some wild guy or gal who comes along an inhabits and resides in Modernity, it would be interesting to see what kind of reception he or she would get. Piety is everywhere, but what is more exciting and thrilling is the ever changing conscious human heart!