Sapphire, sometimes referred to as Chalcedony or Aqua-marine

Sapphire, the fifth stone in Aaron's Breastplate, and the 2nd foundation stone of New Jerusalem, has a bit of an identity crisis as far as what this stone really refers to in the time of Ancient Hebrew. It has been confused by some authors due to it's Greek word, as that which referred to Lapis Lazuli, a semi-precious blue stone instead. It is said that we get this name for this stone from the Hebrew word: Sapir. Still, some sources call this stone Chalcedony and others call it Aqua-Marine. It's interesting to note that all three stones have similar qualities.

Sapphire is most known for it's deep blue colour, although it comes in lighter shades or even different colours altogether. On the Mohs hardness scale, it is right behind the diamond, at a rating of 9. This has meant that this stone, similar to the Diamond, has found it's way into various commercial uses requiring very hard stone to complete a job. Similar to Aqua-marine, some varients of Sapphire, particularly that mined in Tanzania, Africa, can change colour.

Aqua-marine, similar to the Sapphire, comes in varying shades of colour as well, but is most prized for it's blueish tint. It is generally of the lighter colour blue/green, but can be a deep blue on occasion. As mentioned above, it can be prone to colour changes. See the link to learn why this might be. Suffice to say for this discussion, that exposure to light and heat makes it susceptible to changes in brightness and colour. As a member of Beryl family, it has a hardness rating of 7.5 to 8 roughly.

Chalcedony has been known to come in a wide range of colours that include a grayish-blue. It's softer than the other two at roughly 6 - 7 on the Mohs scale. It too, was readily available at the time the Hebrews left Egypt.

While any of these stones could have been the stone mentioned for the fifth place on Aaron's Breastplate, the one most commonly attributed is the Sapphire. If that was the case, then we now have two stones on Aaron's Breastplate that were known to change colour when exposed to light and heat. 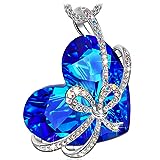 Issachar and Paul - Associations with the Stone

The name Issachar means "reward", "rewarded", or "hired worker" depending on the source you go with. It is very possible the name has all those meanings together. Some say that members of this tribe became well-respected members of David's Mighty Men and that due to their ability to discern the times, they were listened to by others. In combination with blue often standing for the thought of heaven, or the heavens, or the sky, it is easy to see how in light of the blue nature of this stone, the hired worker will be rewarded.

Paul, also known by his Hebrew name, Saul, has been added to this list by most sources due to a shuffling of the 12 Apostles thanks to some saying Judas Iscariot lost his place among the original 12. This is as widely held a consensus as those who would replace Judas with Mattias according to references in the book of Acts. However, due to the Early Church largely assuming this stone's association with Paul, he is who we will go with for the purposes of this study. Not everyone agrees with him being added to the original 12 and have called him "the False Apostle" while others simply refer to him as the Apostle to the Gentiles.

Paul's original Hebrew name, Saul means "asked for, prayed for, or borrowed". His Greek name, Paul means "small". Indeed as one looks up into the heavens on a starry night, one can feel very small! But when paired with Issachar's name meaning, we have a reward for the small one who asked and prayed for something.

So what does this mean for the Bride of Christ?

If the blue nature of this stone by any gem mentioned above is referenced to the concept of heaven, and if we believe that in relation to heaven, we are small; then it behooves us to take seriously the statement God makes in the Scriptures that he who asks not, receives not, and that he who comes to God must believe that He is, because without faith it is impossible to please God. Scripture also says that all good things come from the Father of Lights in whom there is no shadow of turning. In other words, no change of heart or mind, God doesn't change. The angels told the disciples that in the same manner in which they saw Him go, Christ would return, which was up into the heavens.

The Bride of Christ looks to the heavens, eagerly awaiting the Bridegroom's trumpet, announcing His return for the Church, gathering her up into the clouds with Him to go to the Marriage Supper of the Lamb ahead of His Second Coming. It should be noted here that Christ's return for the Church, and The Second Coming when He sets foot on the Mount of Olives where every eye shall see Him, are two different events in the end-time passages of Scripture. However delving into a full discussion of that is beyond the scope of this article. What is important to note, is that Christ's promise is to those who long for His appearing.

We are to be eagerly awaiting the day that our Heavenly Bridegroom is coming, and preparing ourselves for that day. The parable of the 10 virgins applies here, but not to the unsaved and saved, it instead applies to the current state of the Church in general. There will be those who are not ready when the Trumpet blows, and they will not rise to meet Christ in the air, but will instead be left on this earth to endure the Tribulation period, becoming numbered among those of the Tribulation saints.

It behooves us then, to be sure we are in full submission to the Holy Spirit's efforts in our lives. We know He is actively working in us when we exhibit the Fruit of the Spirit as given in Galatians 5.

Today we covered the fifth stone