Shinto and the Persecution of Buddhism in Meiji Japan

Believe it or not, Shinto is a modern invention. Well, modern as in 19th century. Before that "Shinto" as we know it today did not exist. There was kami worship and that dates back to the earliest history of Japan, but Shinto was sort of a necessary experiment. For over one thousand years Buddhism had reigned supreme--since it's introduction in the late 6th century. Before that the Imperial Court enjoyed the benefit of being ikigami, or living gods. Once Buddhism took hold of the country the Imperial families and their courts took a back seat to the Buddha and the different schools of thought that emerged in Japan. After the last Tokugawa shogun turned over his power back to the Imperial family in 1867, the emerging state took advantage of this opportunity to reinstate the royal family as living gods.

Osei fuko, the restoration of imperial rule, was the motivation for creating this new religion. There was a desire to move away from jaho, or heretical law, in this case Buddhism, and a strong shift towards the doctrine of the imperial nation once again. What's interesting is that up until that point Shinto rituals had been performed by both Shinto priest and Buddhist monks. The two beliefs were strongly intertwined. But now with the Imperial family back on top there was a need to nip Buddhism's power over the country in the butt. The Great Promulgation Campaign to properly identify Shinto as the state religion started in 1870 and continued until 1884.

Let me back up and clarify that Shinto was not a unified or specific set of beliefs that could be identified before that point. There was a need to define what Shinto was in order for it to become the state religion, and that was what spurred the persecution of Buddhism.

In order for Shinto to emerge as the new supreme religion in Japan the state had to take away Buddhism's thunder. A way to do that was to attack it in every imaginable way and discredit it as ridiculous and heretical. It is important to note here that Charles Darwin had just recently published his findings in 1859, so scientific discovery was all the rage, even in secluded Japan. A good way to attack Buddhism, then, was from a scientific standpoint. State Shinto supporters claimed that Buddhism had no scientific proof, that it was other-worldly and went against a nation ruled by natural laws and principles. Another successful way they attacked Buddhism was from an economic and moral standpoint. Buddhist monks begging for money and Buddhist temples taking up so much of the people's land were things that completely went against their own teachings of denying of self, society, and world. Even the Buddhism in China, which was once seen as superior to their own in Japan, was now frowned upon and seen as barbaric.

With the state in power again it was easy to outlaw Buddhist rituals and order that they be replaced by Shinto practices. Funerals, for example, could only be Shinto funerals. The Office of Rites replaced the Ministry of Rites and created a nationally controlled religious policy. In 1871 the Ministry of State ordered that all Buddhist monks go back to living a civilian life. Zojo-ji, a Pure Land Buddhist temple and the Tokugawa ancestral temple became the new location for Daikyo-in, the Great Teaching Academy. Anything that the state could do to undermine Buddhism, they did it.

Separation of Religion and State

The separation of rule and religion became more defined after Shimaji, one of the most prolific writers and among the first priests to go to Europe, asserted that government should be distinguished from true religion. This came in handy to Buddhists who wanted to establish a country with freedom of religion. So, in 1889, the Meiji Constitution declared freedom of religion, but the language was deceptive. They were clever enough to establish at the same time that Shinto was not a religion. It was the "natural order of things."

The Natural Order of Things

Shinto was not a religion. It was Nationalism. According to Joseph Kitagawa, Shinto was defined as a "nonreligious emperor cult and a patriotic national morality to which every Japanese, regardless of his or her religious beliefs and affiliations, was expected to pay homage." Clever, huh? In other words, you were allowed religious freedom and could even be a Christian now at this time in Japanese history, but your patriotism came first, and that was defined as Shinto.

So, even today in Japan, the very fact that you are Japanese makes you a Shintoist. Shinto is as natural as having black hair for a Japanese, or, at least that is the implication. And since Buddhism went so well with Shinto for over a thousand years prior, there was no reason to not continue being a Buddhist, as long as your loyalty was with the Imperial family.

Well, I hope I have offered some enlightenment on this peculiar time in Japanese and Buddhist history. For more information on this topic I have listed my references below and provided the links for Amazon, as well. Enjoy reading, as I have, on this fascinating subject.

Of Heretics and Martyrs in Meiji Japan
Buy Now 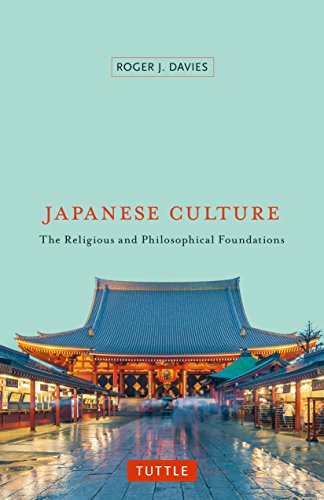 More on Japanese and Chinese Buddhism