Shravan maas or month starts from late July and stays till third week of August. It is the fifth month in Hindu Calender. The Sun moves into Leo with the beginning of Shravana month. Shravana month is considered a very auspicious month in Hinduism.Many of the major Hindu festival falls in Shravana month like Raksha Bandhan,Krishna Janmashtami, Naga Panchami. During Shravan month the star Sharavana rules the sky so the month is called Shravana Maas or Month.This month is regarded highly auspicious for the worship of Lord Shiva. There is very famous mythological legend that happened in the Shrava month.

Once King Bali attacked Swarga(heaven) and took the nectar of immortality . All the deities including Indra followed and struggled with Bali to get it back. While struggling the nector accidentally fell in the ocean. To get the nectar back from the ocean the gods decided to perform the churning of the ocean. When the churning of the ocean was performed various divine things came out along with the nectar which were distributed between the Devtas and Asuras except the deadly poison "Halahal" which also came out from the ocean.This deadly poison halahal was so powerful that is was destroying everything that was coming in its way. To save the universe from the poison lord Shiva drank all the poison and stored it in his throat which turned his throat blue( Neelkanth) .It is also said that Lord Shiva reunited with goddess Parvati in this month.

The month of Shravan is said to be the favorite of Lord Shiva. The shivratri of shravan month is considered highly auspicious for worshiping lord Shiva. It is said that during this month lord Shiva remains very close to the earth and his devotees. Any girl who takes fast on all the Mondays of Shravan month gets a good husband. It is said that pleasing Shiva is very easy ,one can receive his blessings by merely offering water and bilva leaves to him so utilize this auspicious month for worshiping lord Shiva with full faith and love. 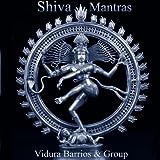 2. Moreover offering bilva leaves by writing Ram on them to Shiva linga pleases lord Shiva a lot .Make sure that the bilva leaves used for offering should not be having any holes,spider web or are torn. Recite bilvastakam stotra while offering the leaves to lord Shiva. Bilva leaves stays good for atleast 6 months so the devotee can keep the offered bilva leaves with him as lord Shiva prasad or blessing.

4. Reciting lord Shiva stotra like Shiva tandava stotra,Panchakshar stotra . Rudrashtakam,Ardhanarishwar stotra,Natraja stotra,Kalbairavastakam,Mahima Stotra lingastakam,Chandrashekhar astakam,Dwadasha jyoti linga stotra etc during Shravan month showers endless blessings of Lord Shiva over the devotee.If you cannot recite all the stotra recite some ot them according to your comfort.Apart from this reciting lord Shiva chalisa and arti is also recommended.

9. Bath the Shiva linga with Ganga water everyday in the morning.

10. The Mondays on which "krittika nakshatra" falls is great day to worship lord Shiva for gaining wealth.

11. The leaves of "Shami plant" are favorite of lord Shiva. It is said that offering one shami leave to Shiva linga is equivalent to offering crores of flowers to Lord Shiva.So worship Lord Shiva with shami leaves in Shravan month to please him.

10. Rudraksha beads are very dear to lord Shiva so wear a rudraksha mala during shravana month . It is recommended to use rudraksha mala for chanting Shiva mantras.

14. If possible daily read some chapters of Shivapurana in Shravan month.

Contains Stotra Of All Gods And Goddesses

4. Cover the mala with cloth while chanting mantra or use a ' Goumukhi ' instead.

5.Never touch your index finger in the mala while chanting.

6. Don't take alcohol , drugs and non-veg in this month specially if you are worshiping lord Shiva in this auspicious month.

8. Apply ash of dhoop (vibhuti) in your forehead while worshiping lord Shiva.

9. If possible even avoid eating onion and garlic in this month.

10. It is recommended to worship daily in early morning and just after sunset at fixed time .

Did You found It Useful