Slaying Ghosts with Details of the Afterlife

You think they will depart,

That you won't have to

Be with them forever—

Drool onto your bed

Ooze from the cracks.

Not of our cognizance.

Distorted from the drink.

I don't think I can endure this again!

Which hand is holding the other?

Which one of us is more irrational?

Into a pitch of blackness,

The ghosts have gone.

After ~ Details of the Afterlife

Bomer was the singer for the Santa Barbara band RKL (Rich Kids on LSD). He chose to end his life in 2005. Bomer channeled through his mother after his passing. He described in detail what it was like for him 'on the other side'. These are his words he conveyed through her in his brief yet detailed description of death:

"There is no 'punishment' awaiting drug users, or suicides— despite your popular belief system. There is no punishment in God's Kingdom!"

"Truth! ALL is forgiven."

"Hell is here, within the Human belief system. Hell on Earth ...Not in God's Kingdom,or the more evolved planets in God's kingdom. No Hell exists except on Earth!"

"Now, this statement may be viewed as blasphemous by many. But, remember and be assured, my Earth Mother— There exists only forgiveness and unconditional...

"The beauty and happiness of such an existence is inexpressible by language."

"I love you, Mother. All of you are loved more than you can imagine. You will understand this ...AFTER."

Ghosts in Our Heads 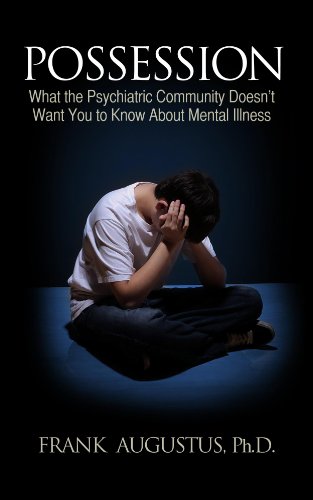 Possession: What the Psychiatric Community Doesn’t Want you to Know About Mental Illness
Buy Now