I will be the first to admit it. At one time in my life I was a spiritual snob. Of course at the time I didn't think I was, but looking back, I can definitely see a change in my way of thinking from when I first rededicated my life to Christ to now.

I had grown up in the church. My mom was Lutheran and my dad Presbyterian, so those denominations are my first memories of going to church. When I was in junior high we began attending an Assembly of God church which is where I got involved in Missionettes. I was a nice, sweet, innocent girl who had asked Jesus into my heart. Something went amiss when I was nearly 17 and I became rebellious and wild. My crazy antics lasted all through college but when I was 25 years old I knew the way I had been living was wrong. I also knew God was giving me a chance to make things right with Him, so I took it.

I began reading and studying the Bible, having in-depth conversations with my parents and my little brother (who was attending Bible school at the time), praying, listening to Christian music and trying to cut all sin from my life, which had included drinking and sex outside of marriage. Somehow through all of this, I wasn't able to fully accept God's grace and God's love. What could I do to seek God's approval, I wondered. Thus, my road to legalism and spiritual snobbery began.

Even though the Bible said Jesus had forgiven me for my sins, in my heart of hearts I wasn't convinced. I felt so much guilt and shame for the way I had behaved during the rebellious parts of my life. In order to make those feelings go away, I tried praying more, reading my Bible more, giving more money, fasting, volunteering in the church. My relationship with God became based on works, not faith. And the more I did for God the more I was able to feel like I was being a good Christian.

This is where it began. I started to look down on people who missed church on Sundays or who let the offering plate pass by without adding to it. I became annoyed with other Christians who talked about other things besides God. It's funny though, that the more I felt like I was such a good Christian, the less inner peace I had and God's love still seemed to elude me. And when I did feel like I sinned, like telling a lie, I felt like no matter how many times I asked for forgiveness I wasn't fully forgiven. To feel better about myself, I tried to do even more. Unbeknownst to this baby Christian, I was quickly falling into legalism.

After receiving the following comment from one of my facebook friends, I have decided to add this piece of information regarding Messianic Judaism. The comment was:

I think you should be careful. Just because you were a legalist at this point in your life, does not make Messianic Judaism half of the cult you paint it to be.

I do not think of Messianic Judaism as a cult or legalistic. I just turned it into that for me. I think it is a wonderful religion because it means that God's chosen people, the Jews, are finding Jesus which is I think is awesome! I did learn some good things going through this stage in my life. I learned how important it was to pray for Israel and I learned a lot about Jewish customs and how to minister to Jews if given the chance. I do have a sincere interest in going to Israel someday. This whole experience with Messianic Judaism was something that I think the enemy must have meant for harm but the Lord turned it into something good!

While living in North Carolina, a coworker of mine invited me to a Messianic Jewish church service, held on a Friday night. It wasn't long before I was ready to completely embrace the whole idea of Messianic Judaism, even though I was a Christian. I enrolled in a class that studied the Torah (first five books of the Bible). In this class, I learned that even Christians were supposed to follow Torah and that Jews and Christians were both grafted into the family of God as one. Christians were supposed to take their Jewish roots very seriously, Jesus afterall, was a Jew, as was the Apostle Paul. Many of the scriptures we read in the class were written by Paul. Even though he is often thought of as the first Christian, the Apostle Paul still kept the Law and remained Jewish. Why did Paul have to be so confusing, I often wondered.

Through my confusion though, I also thought, what a great way for me to gain God's approval! Look at all the things I could do to become a better Christian or was I a Messianic Jew - I was beginning to get confused about who I was but that didn't matter - God was going to love me because I was going to follow His Law - the Torah.

I took all of these teachings back home to North Dakota with me and was eager to teach all of these wonderful new truths that I had learned. My first recruit would be my fiancé! When I told him I didn't eat pork because it was unclean, I found out he wasn't quite prepared to ride the Torah train with me. I continued to try though - I was bound and determined to celebrate the Sabbath on Saturday instead of Sunday. Also, to celebrate the Passover instead of Easter and Hanukkah instead of Christmas. During our engagement, this became the topic that caused us the most stress. After my reaction to his moving a Menorah to clean a window display, he began to call it "messy Judaism."

The more I got involved in Messianic Judaism, and the more I felt I was doing for the Lord, the more judgmental I became toward both Christians and non-Christians. I was not loving and accepting of others, instead my heart became hardened. My husband, Christian friends and pastors were trying to tell me that I'd become misguided in this pursuit and that it was a lie from the enemy meant to confuse me. I didn't want to hear that because I really felt like I was being the ultimate Christian by practicing what God's chosen people, the Jews, practiced. I had the authentic prayer shawl to prove it.

Finally, one pastor I talked to was able to get through to me. We went over the Bible verses that the leaders in the Messianic Jewish church had taken out of context. Still, it was hard for me to unlearn what had been drilled into my head. It was also hard because I was running out of things to do for God to make it feel like He truly accepted me. Eventually, I did begin to eat pork again. Legalism though was still a part of my life until I didn't have the energy to continue. I stopped going to church, stopped praying, stopped reading the Bible and questioned Christianity. The snob in me began looking down on myself - way down on myself. I felt like I could never get up again. 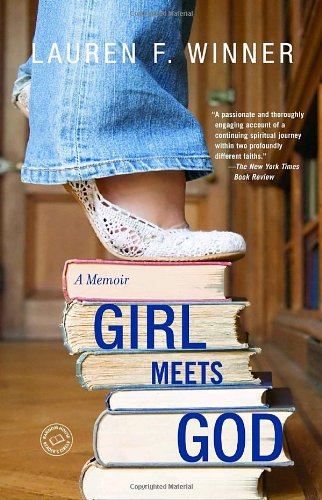 Thankfully, Jesus is the light in the darkness. I eventually began to see that light again. I began to see and understand that I was not above others by doing things for God. That I was not above others, period. It took a lot, but finally I was able to humble myself before the Lord and admit to him that I didn't deserve what Jesus did for me on the cross. As God taught me about humility, He also taught me about servanthood, which I learned through taking care of my special needs daughter.

After some counseling and reading, I am now able to realize that I don't have to DO anything for God. That He actually loves me just as I am. I am also able to accept my own identity, which is something I have also struggled with. When I did something bad, I thought I was a bad person which led me to believe I wasn't worthy of God's love and acceptance. There are many lies of the enemy that I believed to be true. Something that helps me with this is this bookmark I have from "Freedom in Christ Ministries" which states:

Satan's Lie - Your identity comes from what you have done

Satan's Lie - Your identity comes from what people say about you

God's Truth - Your identity comes from what God says about you

Satan's Lie - Your behavior tells you what to believe about yourself

God's Truth - Your believe about yourself determines your behavior

The more I believe God's Truths, the more accepting I am of His grace and love. I am then able to extend that grace and love to others, which is much easier than always striving and feels much better than being a spiritual snob.

"Why are you trying to earn grace, why are you searching as if I'm not enough"

"I am the apple of my daddy's eye"