Spouses' Rights Upon Each Other In Islam

When a woman loves her husband, she suffers a lot if he doesn't treat her kindly. Women in love, become like captives by choice in the hands of their husbands. so, a husband must take in count the rights of his wife. A wife in such conditions must be rewarded well when she provides her husband his rights. As a result, Allah granted women the paradise for obeying her husband and earning his satisfaction.

In this article, the reader will learn:

Wife's rights upon her husband:

Rights of Wives in Islam

Explaining in details the rights of the wife:

A wife should learn the teachings of Islam. A husband is to teach his wife what she doesn't know. That makes a husband like a teacher to his wife. For instance:

2- To handle her financial needs.

The husband must spend money on her needs. For instance:

3- To keep a healthy relationship with her.

4- Not to abandon home. A lot of husbands abandon home when they are upset with their wives. The same is not allowed in Islam. When a husband is upset with his wife, he can:

5- To help her in the household chores.

A husband should be patient with his wife when she:

7- Not to use divorce to threaten her. Threatening the wife with the divorce is wrong. It makes her:

A Husband should not:

Does housewife have to do housework at home?

In Egypt, husbands refuse to assist in the household. They consider the housework for women only. 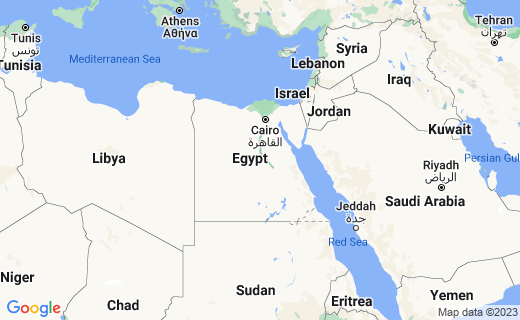 Husband's rights upon his wife:

Explaining in details the rights of the husband:

She's the woman of the house. She takes care of the house. Her husband shares with her the same responsibility. When the wife needs a housemaid, the husband has to hire one for her as long he can afford that.

2- To take his permission every time she goes out.

A husband may return home and not find his wife. When she comes back, she tells him she was visiting her mother. It is wrong. A wife must call her husband and take his permission before leaving the house. The emergency exceptions happen there. The child is sick. She has to run to the doctor. She calls her husband. His mobile is switched off. She can leave a note at home and run to the doctor without permission from her husband.

3- Not to take off her clothes outside the house of her husband
It is required to protect women. For example, when she visits her friend, she should not change her clothes at the friend's house.

4- To take his permission before performing optional fasting.
That doesn't apply in the following cases:
- Fasting in Ramadan is not optional.
- The husband is not at home.

5- Not to allow anyone to enter the house without his permission.
A wife -when the husband is not at home- can't call the repairman for the house maintenance.

For instance: the husband and the wife buy food for the month. They agree that the food in the fridge is for the month. She need not call him before using taking a chicken from the fridge.
but, they have a guest. She thinks she should take two chickens from the fridge. She knows Taking two may cause a shortage in the home supply. Here, she needs to take his permission.


7- Not to ask for a divorce as long he maintains a healthy relationship with her:
Some women use divorce to threaten their husbands. She knows her husband loves her. When she wants him to buy her something, her husband can't afford, he refuses. She asks for a divorce.

8- To be patient with the poverty of her husband.
A woman should not make trouble with her husband because he is poor and can't afford to buy her certain things. She has to be patient.

9- To respect her husband.

Spouses are not to curse each other. A wife may pay attention to her behavior with her husband. She shouldn't behave in a way that hurts him.

10- Not to abandon the bed they share together.
Some women may refuse to have sex with their husband to stir up his anger, no more, no less. It is not allowed in Islam. There must be an excuse, for example:
- She feels tired or sick.
- She is not in the mood, the husband may understand.

But using sex to manipulate the husband is not allowed.

Do you think that Islam gives the wife rights less than given to the husband?