Stealing Fire from the Gods: The Prometheus Complex 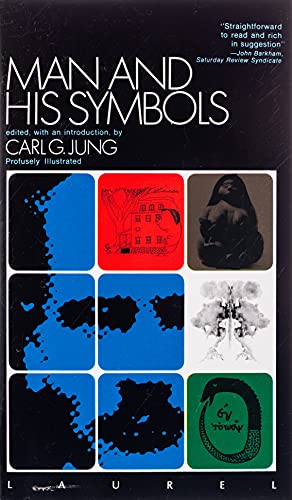 Man and His Symbols
Buy Now

The Consequence of Forethought

In the movie, Percy Jackson and the Olympians, The Lightning Thief, an adolescent child diagnosed as having dyslexia and ADD finds out he is actually the son of Poseidon. Apart from that, he is accused of stealing the bolt of Zeus!

While I personally think the movie is average at best, it gave me reason to be interested in reading the books. Somehow the author (Rick Riordan) touched upon a recurring theme in world myth--the theft of fire from gods.

One of the most interesting stories of fire theft is by a Titan named Prometheus. The Titans ruled before the Olympians. In one account, Prometheus stole fire from the gods and gave it to man. As a result, Zeus chained him to a rock where an eagle fed on his regenerating liver everyday.

Prometheus stands for "forethought" and could see the future. He is the wisest of the Titans. Before the theft, Zues asked him to create man along with his stupid brother Epimetheus. Epimetheus means "afterthought". Personifications of concepts is the way the Greeks are able to show the relationships of ideas. According to this mythical kinship, Forethought and Afterthought symbolically created the consciousness of man.

It is interesting to note that the human brain is made of two distinct brains, the Cerebrum and the Cerebellum. The Cerebrum is the Cortex. It is highly intelligent and can predict outcomes. You could say that this is where our forethought is processed. The Cerebellum is the reptilian brain which is largely autonomic. It is where instinct and reflex comes from. It does not deliberate, it just responds based on past programming.

When Prometheus stole fire from the gods and gave it to humans, Zues was furious. Fire is a creative element. The ability of man to control fire gave man the ability to control nature and ensure his survival. It is forethought that enabled our consciousness to acquire the knowledge to control our environment. As a consequence, the forces of consciousness (the gods) created a scenario where the automaton (the Caucasian Eagle) would torture the guts.

Birds are also a recurring symbol in mythology. Our consciousness seem to know that the bird brain within us, the limbic system is in charge of fear! Fear undermines forethought and feeds upon whatever we come to know. The image of Prometheus being chained to a rock is an archetypal symbol of being immobilized by the fear of things to come. It is worry, the consequence of forethought. When man gained knowledge to control nature, man gained the awareness of the dangers and became immobilized.

The liver is considered a holy organ in many ancient cultures. It is the seat of courage in Hinduism. The liver does actually regenerate so it is interesting that myth talks about this. What the liver essentially does is help the body digest food slowly. So the symbolic relationship of the liver to consciousness in the esoteric tradition is, that it is the gateway to understanding. But understanding comes with a price. To know you will die if you save your friend can potentially immobilize you. Hence you need to conjure the hero within.

To rise above this fear is how Forethought will be released from its chains. This is the role of Heracles, or Hercules. Riding on Pegasus, the symbol of creative inspiration, we can be freed from the constant gnawing of knowing the possible consequences of our actions.