When the topic of UFOs comes up, alien abduction isn’t far behind. Although most abduction cases go uninvestigated, there comes one every once in a while that is well documented and investigated.

The Alien Abduction of Linda Napolitano

It was right around 3:00 am on November 30th, 1989. Linda Napolitano, who was 41 at the time, slept peacefully in her 12th story Manhattan apartment. Without warning, she was lifted out of her bed and floated through her closed window.

Immediately after the event, she couldn’t remember the transition from her bedroom to the room in which she remembers being subjected to medical tests.

After the event, she suffered from unexplained nosebleeds. When she went to the doctor about them and the strange lump in her nose, he had told her that she must have undergone some sort of nasal surgery. She couldn’t recall a surgery and neither could her mother.

Nonetheless, an x-ray revealed a strange metal object in her nasal cavity, which she had no idea of what it was or how it got there.

It was only after time passed and regressive hypnosis that she remembered the actual trip between the building and the craft hovering outside of it.

Even at 3 AM New York is a busy town. It only goes to follow that there had been witnesses to the event.

Once Janet reported what had happened, Bud Hopkins, a well respected investigator in the UFO community, took up the investigation.

A year after it happened, two men, Dan and Richard, sent him a letter. They clamed to be bodyguards of a high ranking government official and had seen the whole thing from the street.

According to them, the car that they had been driving with their client had stalled, and they had to push it to the side of the road to prevent even more of a traffic jam than had already started to build up. It was then that they saw a massive, oval craft with multicolored lights hovering besides the building, with a woman levitating with three smaller figures to the craft.

Understandably, their client became frantic when he saw it as well.

Because of their high governmental clearance and the job, they had to remain quiet about the whole thing.

Later, Hopkins found out that the men’s client was Javier Perez de Cuellar, the Secretary General to the UN. When Hopkins spoke with Cuellar, the statesman verified what happened privately, but couldn’t go public because of his political position.

Another witness, Janet Kimball, also saw the same thing as she was driving across the Brooklyn Bridge. She assumed that what she was seeing was just the set of a science fiction film being shot at the time.

Much later, Richard Dolan, a US Post employee also came forward. He drove a truck at the time and was working that night. Apparently, several other employees saw it as well, including two by the name of Yancey Spense and Bobby. The later was sure that he was also a UFO abductee, as were a number of other people in the Post building.

Apparently, there were dozens more employees who suffered from missing time, due to thorough memory suppression.

The stress of keeping the incident secret had apparently damaged the bodyguards’ psyches. Dan became obsessed with Linda and at one point, stalked her. He had also gone so far as to kidnap her on two different occasions.

The first time, he acted with Richard and held her in their car for over 3 hours. Convinced that she was somehow responsible, they drilled her the entire time about the incident.

Eventually, they let her go, but Dan later kidnapped her again and took her to a beach house, where he again tried getting information out of her.

When she was later under hypnosis, Linda was able to recall the car’s license number. It was then verified to belong to a government agency.

This case has enjoyed quite a bit of media attention. It was addressed in the New York Times, Wall Street Journal and a trade journal for Radiologic Science Professionals called ADVANCE.

Linda was also interviewed when her abduction was talked about on Inside Edition.

Bud Hopkins also talked about it in his book, Witnessed. 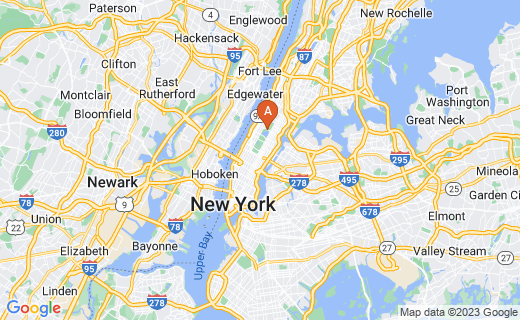 The location of Linda's multiple abductions.

Doubts About the investigation

However, there are some doubts about the details of this remarkable case.

In many ways, this case is still under investigation, and more witnesses are coming forward.

However, the problem with eye-witnesses to any event stepping forward this long after the fact is the credibility of their memory. Even the most memorable of incidences change in peoples’ memories with time.

There’s also the element of fame the case still enjoys. It’s not hard to find the specifics of what happened and claim to have witnessed it. Many individuals may believe they saw it, since we have the uncanny ability to convince ourselves that false memories are actually real.

Problems with the investigation aside, this abduction case is extremely unusual. It’s rare that abductions are witnessed by a third party, much less multiple. Many factors, like Janet’s account and the medical issues can’t be easily explained away.

As with all unexplained events, there are always a few that can’t be proven or disproven.

UFOs Over New York: A True History of Extraterrestrial Encounters in the Empire State
Buy Now