The Birth of Christianity and the Anti-Christ

The Many Churches of Christ

There is a big misconception about the origins and location of the birth of Christianity. People assume that Christianity started in the Holy Lands. The truth is historical fact, and can be verified. The actual birthplace of Christianity is not the Holy Lands, the place where the man Jesus lived and died. It is in Italy, Rome to be specific. That is why the Vatican is in Rome and not Jerusalem. Even though technically the Vatican is a country unto itself and not actually "in" Rome. The time period isn't when most people assume it is either.

The first christian church was started three generations after the death of Christ, 300 years later, Ceasar and the Roman Senate had to do something drastic. Their people were about to revolt and kill them. To appease them they created the Roman Catholic Church, "the Church" in Rome, using a version of the events of the life of Jesus. Omitting any details that made people think in a way different from the way they wanted them to. They named their creation after Jesus Christ and made a catch 22. Questioning "the Church" was the worst possible "sin" a human could commit. A "sin" worse than murder or rape, and was therefore punishable by death and eternal torture in the here after. They incorporated a lot of truth, and a lot of truly good and holy people were drawn to the new church. They did leave the basic power structure, much like a Roman Senate. Does that mean that everyone involved in the Roman Catholic Church are liars? No. Does it mean they are evil? Again No. It means that thousands of years ago some few men created something, they weren't completely honest about it, and they had a secret agenda. But a lot of GOOD came from what they did, even if their intentions weren't completely holy. But some of the hidden agendas, were hard to hide in the light of the truths they used. It created problems that the church still struggles with today. Some people saw the hidden agenda for what it was, a way for men to have power and wealth. Many wars over land and money have been fought in the name of "God's Will".

The Church of Rome...

The Roman Catholic Church, the church I am a baptized member of never taught me about the origins of the church, or why Rome is the capitol of the church and not Jerusalem. I think we all can see why, if the truth comes out about the time and who actually started this church, then "the church" will lose a lot of it's credibility, because it will be a church, several churches, started by a Caesar, and a Roman Senate, not by the Son of God.

***Another big problem with the Church of Rome is the enforced celibacy. By forcing the good people to not bear fruit they are breeding out from the human gene pool the very types of good and holy people humanity needs most. In effect they have created anti-evolution by stopping the normal growth and betterment through our children that is the basis of all of humanities progress. Imagine if every person that was a talented musician, in order to be what they are best at, had to give up family and children. After they lived their life and journeyed on to what ever is next, they would leave behind only what they did. The next generation of even better musicians would not exist and music itself, eventually, would decline and die.***

1,200 years after the creation of "the Church" another group of men decided to protest the way things were being done and they created, over time, a multitude of new "churches". It was called the "Reformation". Which was the birth of the modern day Protestant Churches. Modern Christianity glorifies Jesus and not God. The modern christian churches have made Jesus more important than God and to my way of thinking that just isn't What Jesus Would Do, or what Jesus would want. I don't believe Jesus would have wanted a religion named after him. I think Jesus would have made it about God not about himself. 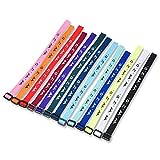 What is the anti-christ? Is it a magical demonic entity? A group of Devil worshippers or is it a group of people that opposed the Roman Government in the creation of this new religious movement? I have a hard time believing in magical beasts, so I lean towards the latter. I find it easier to believe it is, or started out being a resistance organization. Over the many thousand years since the birth of the Church of Rome and this possibly imaginary resistance group, who knows how many changes and re-namings have occurred. Stories that started in fact may have become legends and myths. I hope some day scientists and historians look at this subject in earnest and expose the truth, I for one prefer the truth, what ever that ends up being.

If I were Satan, where would I be?

First off, and for the record, I personally do not believe that there is a person named Satan. I believe that Satan is a concept, the personification of the ultimate evil.

I believe Hell is much like the personification of evil, it is to me a place that we each create, a place designed to hold all the evil we are made up of and to contain it there, locked away so it can do no harm.

But if Satan where a person...

Is Satan a stupid entity?

I am just a man, I'm not a being of unfathomable intellect. I don't pretend to know how the universe works. I'm not even sure I could explain how a government works. But my understanding of what Satan is, if Satan exists, is that of a being second only to God. The second most powerful being in existence. That would make Satan a very wise creature, very crafty and very sly. A formidable adversary, and one more skilled than any human that has ever existed. You with me so far?

Good, so now, I was taught in my fighting classes, to try to understand my enemy. In so doing I might be able to predict what my enemy might throw at me, how my enemy might attack. Knowing how my enemy thought, what my enemies capabilities were, and any weaknesses my enemy had, were paramount in the planning of my own defense and attack strategies. These same strategies and principles are found in the art of war. Satan being able to understand more than I ever could, must know these things as well.

The goal of Satan, if I understand things correctly, is to do evil, the most evil possible. So, what is evil? Hate, murder, rape, child molesting, genocide, destruction of goodness, and lots and lots of other things.

My point is this,

If I were Satan I would be attempting to get the good people to do evil. Because if an evil person does evil it is kind of expected and not as evil as a good person doing the same evil would be. Right? The betrayal of a sacred trust is much more evil than just the act of evil itself. So if I, Mikel G Roberts, were Satan, what I would be doing is tempting the good people in positions of a sacred trust, to break that sacred trust and do exactly what they are entrusted to prevent. If I was tempting a Law Enforcement Officer it would be to break the sacred trust of not breaking the Law, the very Law it is their job to uphold. In the case of a preacher, a person whose job it is to spread the truth of God, I would have spread lies about God. A Priest I would have molest children, thereby breaking the most sacred kind of trust. A trust not only between the Holy Priest and the child, but also the sacred trust between the church and the parent of the child. Breaking the hearts of the children so abused and the parents who trusted someone with something sacred, their child.

These types of thoughts lead me to the conclusion that betrayal is one of, if not the most evil of acts that humanity can commit. Betrayal of a trust, betrayal of a faith, betrayal of anything sacred. Knowing that these kinds of things are the goal of our enemy, should give us an advantage over our enemy. The people we place in positions of trust are the people we should be the least trusting of.... Now wait that can't be right, if they weren't trustworthy people we wouldn't have put them in the positions of trust. But that is exactly what we do. Most pastors now a days select themselves, as do our priests, and most of our clergy. They express a desire to be those people and we allow them to become them. Maybe we shouldn't, maybe our clergy should be selected by the congregation and made our clergy only once they have proven themselves to be trustworthy. We the people should keep in mind that once someone is made 'clergy' or a police officer, Satan will have a greater interest in them because of their position of trust. That means we should watch them closely, not to find fault or find proof of them screwing up, but for the signs that maybe they are weakening in their resistance to Satan. So that we may intervene before evil is done. With such a holy vigil, we can help protect them from Satan and from their own weaknesses, lending them our strength to help them help us. In so doing we protect ourselves, the sacred trusts and the people protecting those sacred things themselves. Trust them, yes, keeping in mind that they are now more likely to receive attacks from Satan and therefore more in need of our love and support, our protection and our watchful, loving eye. What people in these positions need to understand is with great power and trust comes a great responsibility, and that may involve some loss of personal freedom. Secrets are not something clergy need in order to do their jobs. I mean if they are truly doing nothing wrong, they have little need of secrets, and I believe secrets is where Satan lies in wait.

The old saying is power corrupts, absolute power corrupts absolutely. I think I now understand why, with power comes trust, a person with power over another has that power because of the trust of those not in power. In the instant that person is elevated to that position of trust, so is the interest of Satan elevated in that person. We must elevate that person's resistance to Satan in equal measure. Only by doing so can we hope to counter the evil that Satan sends their way. Knowing that we as mere human beings cannot hope to single handily beat the second most powerful entity in existence. We must accept that things we could resist before our elevation, may become irresistible to us because of Satan's increased influence and interest in us.

Know thy enemy, know thy self, and know that you are not alone in your struggle. Together we can.