The Difference between your Soul and your Spirit

Soul and Spirit essentially refer to the same thing and idea, which is the unconscious non-physical and spiritual part of the body. This doesn’t mean they mean the same thing. If you google the definitions of spirit and soul separately a couple of definitions comes up:

1. the principle of conscious life; the vital principle in humans, animating the body or mediating between body and soul.

2. the incorporeal part of humans: present in spirit though absent in body.

3. the soul regarded as separating from the body at death.

4. conscious, incorporeal being, as opposed to matter: the world of spirit.

5. a supernatural, incorporeal being, especially one inhabiting a place, object, etc., or having a particular character: evil spirits. This definition provided by dictionary.com

emotional or intellectual energy or intensity, esp. as revealed in a work of art or an artistic performance. "their interpretation lacked soul"

"he is the soul of discretion" This definition provided by google.com search page

1. the principle of life, feeling, thought, and action in humans, regarded as a distinct entity separate from the body, and commonly held to be separable in existence from the body; the spiritual part of humans as distinct from the physical part.

2. the spiritual part of humans regarded in its moral aspect, or as believed to survive death and be subject to happiness or misery in a life to come: arguing the immortality of the soul.

3. the disembodied spirit of a deceased person: He feared the soul of the deceased would haunt him.

4. the emotional part of human nature; the seat of the feelings or sentiments.

5. a human being; person. This definition provided by dictionary.com

The terms spirit and soul are used interchangeably and take on the same meaning (with the meanings overlapping each other). Even so, I think there is a key differences in my opinion. One difference is movement. In using movement I am referring to the physical definition of the word, the physically of the word. A second difference is its purpose/intention, otherwise the reason something s created and one’s intention/objective. Third difference is its connection/association in the context of the physical world and ideas.

Movement and Action: One key difference between Soul and Spirit

A major difference is movement. Both the soul and spirit move but in different ways.

A good analogy is Cheerleaders. Cheerleaders have spirit. Their whole mission is to carry the spirit and energy of the team that they are rooting for. They receive and give the crowd and the team spirit aka energy. Spirit is conjured up to energize and to unite. It is like there is an exchange between the crowd, team, and the cheerleaders. Spirit can be seen as a force, an action, a type of calculated and intentional movement. Spirit represents the collective.

Another good analogy is when someone “catches the spirit”. It means when the Holy Ghost (aka the holy spirit) went inside of this person and took them over. It is common phrase in black churches in the American South and elsewhere. The "catching" part denotes that this spirit is contagious, that it can jump from one person to another. That anyone can get it and we are susceptible to this spirit.

He caught the spirit, the holy ghost/ catching the spirit

"Spiritual but not religious"

Soul is what we have, something that is always attached to us. Like spirit it can stir up inside of us and can be brought out. But the soul has a slower, more intimate process. It’s softer, less aggressive, more personal and passive then spirit. Soul is our inner personal interpretation and definition of humanity.

Another analogy is the phrase: "selling one’s soul to the devil." Essentially this means giving up and selling your humanity to the devil (an evil/bad entity that hates humanity and humans). Soul is the thing that makes us human.

You can take my life, but you can't take my soul

She sings with soul.

Overall, movement can be associated with the difference spirit and soul. Spirit moves in a different way then a soul. Spirit is widespread and moves like a conversation, an act and exchange of thoughts and ideas. Soul moves more limited, and acts as a means of expression of one’s self onto others.

A second difference is purpose/ intention, basically a reason and logic for an action, reason why something is created, one’s intention, one’s objective.

A possible answer I found in my research is that the spirit can be our inner, inner being (deeper than the soul) that governs mortality, our conscience, and contact with God and our intuition. This answer denotes the spirit as our moral sense of right and wrong and our communication with God. This not my own interpretation of the spirit intention, but its interesting to think idea about.

Even so, what is the purpose of our soul? Perhaps one possible answer is our soul's purpose is our own unique and individual emotions, feelings, thoughts and perspectives about morality.

Connections/Meanings to our Physical World: Third Key difference between Soul and Spirit

The Soul and Spirit is connected and associated with our physical world (our society, communities and earth, etc.). These connections further provides the meaning and difference between the soul and spirit.

Spirit is often associated with religion, ancient civilizations, values, beliefs, supernatural entities, and a connection to a higher, mysterious realm. While the soul is associated with mind and your body, while as soul is a type of music genre. These are very physical, worldly associations with soul and spirit that can further give meaning and differentiation between spirit and soul.

Spirit is connected to religion/God, values/ beliefs and our line between our physical world and the higher, mysterious world. There is Christianity, a religion and belief system connected to the words and wisdoms of Jesus Christ. One belief in Christianity is the holy trinity (God as the father, Jesus is the son, and Holy Spirit, which are the three forms of God).

A common phrase in the modern world is "Spiritual but not religious", an attitude and adoption of values/beliefs that separates one’s self for an organized religion. People that are spiritual but not religious either don’t choose to conform to one particular religion, rejects traditional organized religion and/or can combine different religions beliefs and ideas. They assert that they can be connected to other higher realms and mysteries without the need to define their beliefs into one religion.

Soul's Connection to the Physical World

While as, Soul is connected to the body and mind and can be seen as a relationship between the body and your mind. In the physical realm there is a music genre called soul.

Soul originated in the United States and was created to communicate the black American experience (along with the socio, economic, and regional experiences) in America. It combines r and b (rhythm and blues) genre with gospel music in a more secular tone and delivery (like in its lyrics). One can interpret the name of this music genre (soul) as a way of communicating through one’s soul. Soul meaning something personal, individual and communication of emotions, thoughts, feelings and its relationship with the body. This music genre invokes the joys and pains of life (both physical, and mental).

In Conclusion: The Differences between the Soul and the Spirit

Its complicate to define soul an spirit separately, its even more complicated to define in relation to and apart of each other. Even so, the main differences between the soul and spirit in my opinion is three main differences. Movement/Action, Purpose/Intention and Connections/Associations/Meaning in context to our Physical World.

Spirit is attitude. Spirit is personality. Spirit is our life force. Soul is the life within us. Spirit births the soul. Spirit gives life to our soul. 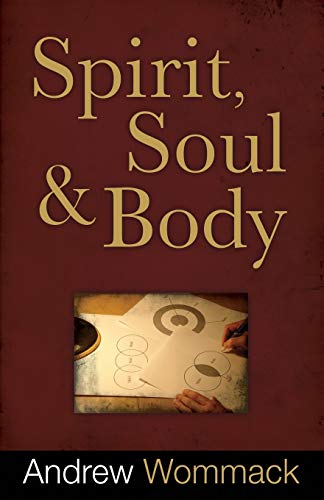