The Ghost of David H. Kenyon

The Ghost of David H. Kenyon…

It’s talked about on television, written and displayed in books, viewed on the World Wide Web. But until it happens to you, it’s simply an urban legend, a myth, something that only happens to the other guy.

Ghosts can and do attach themselves to a person or animal, that is intentionally or unintentionally channeling that deceased person.

Rather through an unintentional connection, or an orchestrated chain of events, a spirit will appear to a receptive human; after passing from the physical realm.

Possibly In the attempt to control an event, retain physical property, or simply reach out and touch a loved one...Ghosts have been known to haunt a subject property for centuries.

From my experience, most ghosts mean no harm nor pose a threat to those living.

However, there have been recorded instances of violent encounters with the deceased.

For those that find this information a bit tough to wrap their minds around, let me assure you, that prior to the event that’s described here, I too was pessimistic, as well as extremely analytical and sometimes cynical; as to the validity of ghosts and apparitions.

Granted, my mind was open to the possibility of ghosts, apparitions and ethereal mists; being generated by the those passed; But other than an orb or two, in photographic images; I’d never viewed anything that I possibly considered representing a spirit generated ghost image.

That all changed for me in February of 2011.

A man of 92 years when he passed, David was a personality that demanded one's attention, as well as his control over the situation.

He was in absolute control of all that he surveyed up to his last breath.Considered a bit demanding but likable, David was simply one of those people that was unwilling to release control of what was left of his estate. And most folks, were happy to accommodate his demands.

Even while confined to a wheel chair, David remained an unusually commanding presence.

Near the end of his life, he couldn't remember how to dial a telephone, but that did'nt stop him from barking orders at nurses, family members, and loved ones.

An Aviation Executive of the last century, David had long lived on what was left of his retirement, and lines of credit.

David loved his home. Purchased for cash in 91’ He had refinanced the property to cover his escalating cost of living. As David's Realtor, This, combined with the 'declining state' of the real estate market, afforded the two of us several years to become close friends.

On several occasions during the course of conversation, David was convinced that I, thirty five years his junior, stood by his side in the Army Air Corp of World War Two.

Of-course, I was not there, but it didn't serve myself, nor honor David, to bring this seemingly small detail to his waning memory.

I grew to love the old man as a second father. He became a sort of a mentor, as well as an endless source of history to me; as we reminisced over his adventures' in foreign lands.

Time and space continuam has little meaning to the dying…

David was concerned as to his many unfinished projects in the Lockheed Aircraft Company plant, he had managed in the late 1940’s and 50’s. To him, yesterday became today, as he mentally transported himself to the glory days of his life.

On our visits... David would share with me his adventures of the weeks and days before. In his mind, he was busy on business in South America, or sailing on his yacht off the coast of Hawaii, or Newport beach.

At other times, he would speak of escaping from the dirt floor jail cell, of some far off third world country.

David never left his 10x10 hospital room… In fact, he had been there for no less than four months .

One day during conversation, I asked David how long he believed he had been in the care facility. He looked at me with puzzlement and replied… 3 weeks. It had been no less than three months.

I attributed this time lapse to hospital psychosis. But on looking back, I believe that time no longer held any reference for the old time traveler. Between the hospital induced psychosis, and increased dosages of serious pain medication, David may in-fact, not have been aware of his own death.

When David took his final leave…

I was left holding the keys to a home that would be extremely difficult to market and sell, in the toughest real estate market in decades. And this is where the ghost story truly begins…

A few days after David's passing, I decided to drop in on the home and take a handful of photos. The house had a very bad smell about it. Like something dead and rotting under the floor to the entry. I had been to the home countless times in the past, and had never experienced this odor.

As they say, something was afoul.

The day before, as a favor to the Estate Executor, I had checked in on David at the Funeral Home. He had been on ice for a week, but looked amazingly well; as I viewed the body prior to cremation. As a matter of fact, he looked better than he had in weeks.

His face showed no signs of wrinkles, the age had simply left his face. And what was left of his hair? Was perfect. I swear... I saw him move a few times. Was he still breathing?

That evening I returned to the home for a few more photos. I needed the photo copy for the online listing of the home.

Other than a pesky door to the pool-room that continued to slowly self close , and a dining room chandelier that continued to flicker,while the other lights in the home remained stable, there was nothing unusual about the home; or it’s now deminishing content.

There remained that slight sent of rancid rot in the entry. I attributed the smell to a dead mouse or a rat under the entry floor. This made very little sense to me. I had replaced or cleaned the carpeting only a month earlier. I had no idea as to the source of this foul, yet lingering odor.

A bit unsettled, I left the home as quickly as possible.

Not a superstitious sort, the place had simple burned me out. It had been my intention to sell the home prior to David’s demise. That didn't happen, and frankly knowing David, I sensed his disappointment in my performance as his sales executive.

On my way out of the house, I noted a strange light in a flower bed.

Other than a motion detector security light, the balance of the property was quite dark.

A green glow in a bush?

I took a few exterior photographs as I approached my car.

Twenty minutes later I turned into my driveway, and was compelled to take a handful of night shots.

My home is your home…

David Kenyon now deceased for but a few days had followed me home.

He had always wanted to visit my home, but was unable to; due to the restrictions of a wheel chair. A year has passed sense that day, the home remains unsold. As to David's Ghost? I'll keep you posted. 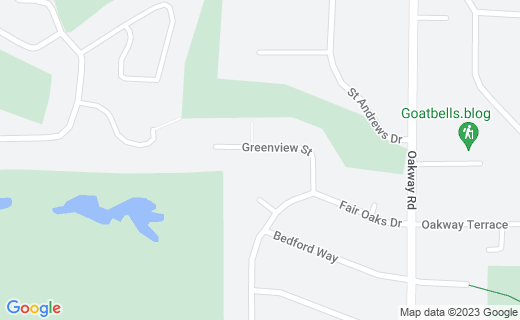