The image of the Grey has become one of the most popular images of what space creatures look like. These humanoids are claimed to have been seen by witness the world over. From toys to video games, the Greys have become a symbol of outer space in its own unique way. While many people recognize the image from the X-Files or Paul, what many don't realize is what the theories are that circulate around the Greys. Some see them as just a random race that are just travelers, while others believe that they are here for darker reasons. The darker ideas that people have come up with for why the Greys are on Earth have been the source of inspiration for various science fiction stories. Today it is difficult to find any place on Earth that doesn't recognize the face of a Grey alien. For such a simple image, there are a lot of theories floating around as to what exactly these things are. Are they hear to help us? Are their plans about destroying humans, or are we completely wrong with the different stories that we have come up with over the years. During the 1950s there was a steady increase in the amount of people who had experienced an abduction of some kind. These abductees mostly described strange medical experiments being conducted on them. The creatures who they saw, while being blurry, consisted of big eyes and an enlarged head. This is an image that isn't unique to just one part of the world when it comes to abduction stories.

The iconic of the Grey became popular because of the Roswell crash. Witness to the infamous UFO cover up claim that they saw military personal carrying away Greys who wearing space suits. This incident sparked a chain reaction that has put the Greys as the most reported form of alien life that is witnessed. The theories that have circulated as to what happened at Roswell are numerous. Some people think the Greys crashed on accident while others believe the government shot them down. This is also the incident that many believe led to the creation of the Men in Black, who monitor and negotiate with extraterrestrials. For UFO theorists, this moment represents the historical moment where mankind made a deal with aliens. What the contents of the deal are have been the source for almost as many different theories as there are for what the Greys' master plan really is. The first government report that was released regarding the case claimed that everyone had seen was a weather balloon. There was another report that was released a few decades later that tied it into a communist plot to demoralize the American population. Despite the drastic change in stories, a countless amount of people still believe that it was a pair of Greys that crashed that day.

What is the real agenda of the Greys? 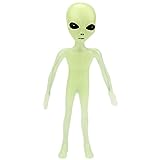 One of the more common.theories about the Greys are has to do with another race of aliens known as the Reptilians. According to this theory Greys are actually androids who are programmed to serve their reptilian over lords. The abductions that they are commonly known for is so that the Draconains can conduct their experiments and have a food source. This theory at times can be linked into cattle mutilations as well. The reasons for the mutilations are for both scientific reasons as well as the androids malfunctioning from time to time. The Greys tend to work with humans are acting as servants with Reptilians. This allows for the Greys to conduct their abductions without having to worrying about the general public becoming aware of their actions. This cloak of secrecy does fail from time to time. Not everyone who has studied Greys agree with this theory. Many see this as disinformation spread from the Draconians to smear the Greys.

The Greys are at War with the Reptilians

One of the more popular and longer running theories about the Greys is that they are at war with the Reptilians. The Greys are bio-engineers who have made a secret pact with the government. Part of this pact is to allow for the Greys to conduct experiments in order to find a better way to combat against the Reptilians. The nature of the experiment varies from theorist to theories but the two most common ideas for what the weapons are. are a virus or a unique alien human hybrid. The hybrid is believe to consist of having the strengths of both Greys and humans without the weaknesses of the two species. This theory, like the android one, has cattle mutilation mixed into but these cases happen from weapons tests more often than not. The feud between the two races, theorists believe, comes from a war that started between the two centuries ago. During the fighting the Reptilians destroyed the Greys home world causing them to seek refuge on the primitive planet of Earth. Shortly after the Greys established their colonies on Earth the Reptilians began to establish their own. This lead to the war continuing with humans being used as pawns in the conflict.

KGB Video of a Grey

The Greys and the future

What the future holds for the theories about the Greys is anyone's guess. The theories that have been developed over the years fall into the category of either being simple or into some massive complex global conspiracy. The one thing that is for certain, they have become the universal symbol for alien life. Since Roswell, people have only continued on the stories of little grey men running around and kidnapping people. From video games to big name movies, Greys have made their market on society. Maybe one day we will be able to figure where it is that they stand when it comes to being friends to humans, or being one of their greatest foes. Many fear that if the presence of aliens is released to the public it would cause mass hysteria to take over. People would panic and assume for no apparent reason that these visitors where there to hurt them. This fear is one of the reasons that the Men in Black made the deal with them after the crash in Roswell. If the theory of the Reptilian war was true, than it may only be a matter of time before they have no choice but to come out in the open. This could be the event that Ronald Reagan was thinking of when he talked about a world unified against an off world force. If they where to come out into the open it would either end up being the most together the human race has ever been or it will be a war the likes that have never been seen before.

Your Thoughts on the Greys

Are They Friend or Foe?