The Magical Hawthorn of May

The origins of the Hawthorn

"Across the shimmering meadows--
Ah, when he came to me!
In the spring-time,
In the night-time,
In the starlight,
Beneath the hawthorn tree..." By Willa Cather

The Hawthorn tree is unique because it was regarded as holy to both Pagans and Christians alike. Since the flowers appear in May, they are often referred to as May Blossom or simply May.

In the past, the month of May was more than just an appreciation of spring. Celebrations, although robust and happy, were taken seriously. The first of May was the May Day Festival, often called going 'a-maying'. Some would start the festivities at midnight while others preferred to wait until the May Day dawn.

May Day origins can be found far in the past. It is closely associated with the Celtic festival of Beltane and the Germanic festival of Walpurgis Night. It was significant because it marked one half of the year passing since the last great celebration of Samhain (Halloween). May Day can be viewed in some ways as the opposite of Samhain - the festival of the dead/ancestors. Whereas May Day/Walpurgis or Beltane were basically celebrations of fertility, life and the waxing sun.

The Encyclopedia of Superstitions
Buy Now

The Hawthorn blossom was one of the most popular flowers for making the traditional May Day garlands. Both white and red Hawthorn would be used. Flowers were so important that the day was often called Garland Day. The flower garland shapes created were numerous - single sprays, crossed hoops and cushions.

In addition, the garlands had many purposes other than part of the celebrations. Many were hung outside the main door of the home to ward off evil spirits and demons. The flowers were most effective for this if they had been gathered while the dew was still visible on them. The dew was thought to have potent magical properties.

To protect their livestock, a sprig of flowering Hawthorn was placed on barn doors and was thought to ensure a larger milk produce from cows.

Hawthorn also figured heavily in relationships and marriage. Ancient traditions involved marriage attendants carrying boughs of Hawthorn. Torches made from the wood of the Hawthorn were lit and used to guide the newly married couple to their home.

In a more magical sense, tradition states that if a young girl places a branch of Hawthorn flowers at a cross-roads on May Eve, when she returns the next morning the direction in which the wind had blown the flowers indicated the direction from which her future husband would come. Unfortunately if the sprig had been blown away completely this was sure to indicate that you wouldn't get a husband at all.

Young ladies who wanted to catch a glimpse of an absent lover would pick the first flowering Hawthorn that she came across. After lightly breathing on it she would recite the following charm:

Glastonbury and the Hawthorn

There is a very old tradition relating to Hawthorn and Glastonbury. A Hawthorn that was growing on Glastonbury Tor, is alleged to have come into being by springing from the staff of St. Joseph of Arimathea. It blossomed as early as the old date for Christmas Day - January 6th - and flowers appear again in the spring. Botanists refer to this species as pracox but is more generally called 'Glastonbury Thorn' .

The Bible may also have associations with the Hawthorn tree. It is thought that the burning bush Moses encountered was a species of Hawthorn.

Hawthorn magic and home for the fairies

In the past hedgerows had to be cut back by hand. Not only was this hard work, but the process could have it own dangers besides that of physical injury. Depending on the time of year certain plants and trees had to be left alone for fear of disturbing other worldly inhabitants such as the fairies.

This was true of the Hawthorn. Where one Hawthorn grew on its own within the hedgerow then it was left uncut. These trees were called 'lone thorns ' or 'fairy thorns ' and it was believed that they were home to fairy people. Since the fairy folk could be malicious when disturbed, great care was taken to avoid any damage to a fairy thorn.

Even to sleep under a Hawthorn was not recommended for fear that you would be spirited away by the fairies. This was thought to be a particular danger on May Day, Midsummer Eve and Samhain (Halloween) when the fairy power was strongest.

The only exception to this rule was during a thunderstorm. In this case you should seek a Hawthorn's shelter from lightening. The Hawthorn was also thought to safeguard any houses nearby from being struck as well.

Famous Scottish seer, mystic and poet Thomas the Rhymer or True Thomas - is closely associated with a Hawthorn tree. The legend claims that while walking he heard the call of a cuckoo from a nearby Hawthorn. When he went closer he met the 'Faery Queen'. She led him into the underworld to show him her kingdom of 'Faery' and he emerged again after a few minutes. But in fact when he came back into the human world, he had been gone not for several minutes but seven years.

In addition to fairy magic, the Hawthorn is also well know for is alleged psychic protection. People in the past favoured the Hawthorn as a hedging plant. This not produced an excellent physical shield for the home and grounds, but the Hawthorn defended against the unseen worlds as well. The Hawthorn was thought to be a powerful form of magic against any hazardous or evil psychic forces. It was particularly potent for protecting babies and children, as well as young people entering puberty.

The belief in fairies 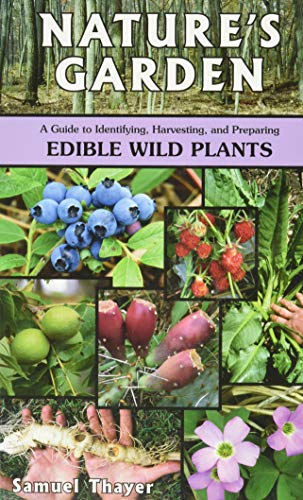 One of the main reasons that Hawthorn was so revered was not just because of its beauty and magic but due to its healing properties. The main therapeutic qualities are believed to be:

Not only this but the wood of the Hawthorn was a favourite for creating wood carvings and the root wood was made into boxes. As a fire the wood gives off an extremely high temperature.

I hope you've enjoyed this article on the Hawthorn tree and the beliefs that still surround it as well as the health benefits. If you can add to the information in this hub then please do so using the comments section below.