The Hook Myth and Parental Control

The Hook, The Story

A young couple drives out to a local, out-of-the-way spot for some privacy and to do what young couples like to do in private. The 'boy' selects a location to park the car and this ends up being in quite a desolate location. As soon as the car is in 'park,' the nervous youngster turns on the car radio to ease tension. Some easy-listening music wafts through the air as the couple sits nervously in the car, waiting for one or the other to make a romantic move.

Finally, the couple starts necking, and right as the making out gets a little heated, a news bulletin cuts through the music on the radio. The radio announcer reports that a psychopathic killer has just escaped from the local state asylum (naturally, the car is parked somewhere in the general vicinity of this local state asylum) and has yet to be apprehended and placed back in officials' hands. A distinguishing feature of this escaped psychopathic killer is his HOOKED HAND. He has a hook instead of a hand, and when the young female occupant of the car hears this, she freaks out, asking to be taken straight home.

The boy is not quite ready to end the date and tries to get the young gal to calm down by immediately locking the car doors, telling her that they will be okay. As he tries to get back to the activities they were up to before being interrupted by the news broadcast, his date becomes more insistent on going home, and keeps pushing him away.

Finally, noting that he will get no further romantic action from his date, the boy does as asked, starts the car, and speeds to return his date to her house in a great hurry. With the car barely in park, the girl hops out to go inside but begins screaming right away, standing outside - frozen with fear - just continuing to scream. The boy, quite unnerved, jumps out of the car, runs around to his girlfriend's side to see what on earth is wrong.

Hanging from the passenger side door handle is a hook, dripping with blood.

This makes The Hook legend a fairly recent one, being less than a hundred years old. It's probably older than mentioned in the Dear Abby column text from 1960... this year and print column seems to simply be where this legend can be traced to IN PRINT.

(see image to the right)

As the writer mentioned to Dear Abby, this was a story the writer didn't know the accuracy of. It was a tale the writer heard and wanted to pass along to be told/printed. Therefore, this story was circulating by oral transmission before it went into a print source in the Dear Abby column.

I'll continue to research this legend to see if I can find an earlier source, however, just because a tale doesn't hit "print" sources, it doesn't mean the tale hasn't survived for a while prior to being entered and distributed in a source that can be traced by a written record. 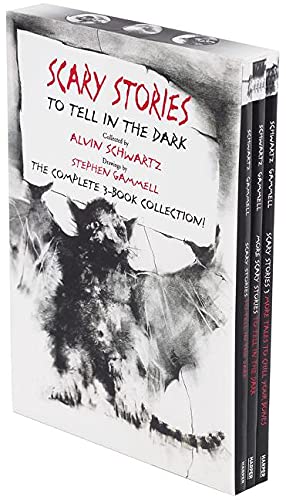 "The Hook" is a 20th Century creation with plenty of variations.

As an oral tale, the variations may only differ in a detail or two, such as an additional 'thump' (the couple hears a thump sound but ignore what it might be, right as they begin to drive away from "Lover's Lane") added into the story at the point when the boy is re-starting the car to take his date home. The 'thump' adds to the end-time horror at the conclusion when the female date, along with the story listener equate the 'thump' with the obvious...

...the hook=handed killer was "THAT CLOSE" when the car was still parked in the desolate area.

The hook-handed psychopathic killer would have had to be "THAT CLOSE" because his hook-hand got stuck in the car-door handle, but if this isn't ENOUGH of the obvious, the addition of 'the thump' just strikes this point even closer to home, reinforcing how lucky the boy and girl are to have made it to the safety of 'home.'

* Note - most variations employ only the idea of 'home.' Really, the boy never (or, rarely ever) takes the girl to a friends' house or to a diner. He is known for taking the girl straight home.

This concept has a striking importance and will be more fully explained in the "Why" module.

There is a very good reason even why 'variants' seem to keep with a certain 'formula' with this particular urban tale. "Home" is an important concept in "The Hook."

Other variations will be added...

The Hook legend has a VERY useful and important purpose, rooted in keeping children of the community safe.

The concept of "HOME" is a primary ingredient of "The Hook."

The tale may spring from parental fears of teenagers growing up too fast, maturing toward sexual activity, and leaving "HOME" too soon.

Safety, particularly from blood-thirsty psychopathic killers, escaped from the insane asylum - is AT HOME.

Safety from sexual encounters - is at home.

Safety from growing up to fast - is at home.

At home, one (child) is supposed to always have the (sufficient) protection of parents and this idea is MOSTLY perpetuated by parents.

There didn't seem to be a 'hooked-hand' wagon-driving madman killer in the age before automobiles, say, in the late 1800's, so "The Hook" is a particular creation of a certain time in history - the immediate post-WWII years.

Really, there is a bit of 'hysteria' within 'The Hook,' not in the central story, but in the general idea of 'The Hook' and in the creation of the myth/legend.

The Hook is also primarily North American, morseo, "American." Variations and the story of 'The Hook' occur elsewhere, but in The United States of America, "The Hook" has its strongest, lasting hold.

The idea of 'the asylum' is of the 'American' asylum and like-institutions (lock-downs, prisons, etc). The notable and important 'asylum' feature of "The Hook" simply denotes that, in America, there are specified places for the insane and particularly, for psychopathic killers.

The term 'psychopathic' is a relatively new term. People in 1850 didn't commonly allow this term to drip off their lips, so "The Hook" also introduces 'modern terms' of the modern America after WWII.

Snopes website traced 'The Hook' back as early as about 1960, so we are dealing with a really new urban legend here.

The 'growth' and development of 'The Hook' is still on-going, and film media is helping this along quite nicely...

I suspect that movies such as "The Hitcher" (with Rutger Hauer) stem, in part from similar concepts contained in The Hook, although 'The Hitcher/Hitch Hiker' is also its very own complex urban legend (one that will have to be examined on hubpages, I do believe!).

Similar concepts and bits: creation time is around the same modern 'era' and is post-WWII, they are both relatively new, 'baby' urban legends with much room to develop yet, a paranoia consciousness permeates the stories and the atmosphere surrounding oral telling of the tales.

Some versions of The Hitcher use teenagers again as the drivers who pick up a hitch-hiker. Obviously the teens should be at "HOME" instead - in safety, rather than out on the highway picking up strangers!

More of "Why The Legend?"

Let's even go so far as to think about prosthetics and wonder if 'prosthetics' was a common term or idea prior to the close of WWII. Do you ever see numerous amounts of old pictures of WWI military veterans wearing prosthetics? I have been trying to track down some photos online but most photos that turn up are all from the WWII or post WWII time period. Most soldiers lamed from WWI didn't acquire 'living-assistance' devices or artificial limbs because there weren't a lot of good ones made just following WWI. After an even more destructive second global war (yes, global war COULD happen a second time), society and science realized that artificial limbs would, perhaps, be necessary for every future generation.

So you see? War has a LOT to do with The Hook, believe it or not

Prosthetics have something to do with this particular Urban legend, as well.

Now, closer to the storyline, even a 30 year difference shows no sign of a commonly known "Hookman" prior to WWII in an urban legend of this sort. WWI did not facilitate the right kind of paranoia for a general public to develop a hookman, psychopathic maniac killer. (Perhaps, with the idea of prosthetics in mind again, WWI didn't give the world enough lost-limbed fellow-men, either, or, just prior to WWII the world was thinking "Global war wont happen again").

But WWII did happen, global warfare DID HAPPEN AGAIN!

It is said that no stories exist without reasons.

In this, urban legends are much, much more than 'scary tales' or 'weird tales.' They can be traced to public consciousness during different time periods.

We wouldn't have The Hook as it exists as a tale today if there wasn't a rampant paranoia about psychology in the late 1950's immediately following a war which was said, in part, to have been escalated to world proportions by a Madman (Hitler). We didn't have need, either, to be concerned about artificial limbs or even the ends to which artificial limbs could be used. By the hookman, the implication is that artificial limbs can be used to kill...which may be a concept that loops BACK AGAIN to warfare, don't you think?

Really...the "WHY" of The Hook has so many possibilities that even if you hear this tale a thousand times, you can't be entirely sure that the 1001'st telling won't still be chilling or expose a new aspect of culture from the 1950's-60's post-war era.

If 'The Hook' were to develop from scratch today, in the year 2008, it would involve OUR public paranoia in places, OUR technological items, and it might be OUR way to frighten our teens into staying young, staying home, staying safe, and AVOIDING SEX...well, perhaps, a device would be employed in the story to convey SAFE SEX information, but regardless, OUR new 'Hook' story would serve some kind of purpose, too.

I've just outlined about a HUNDRED basic movie concepts, just from the above paragraph haven't I?

Because we need them.

Underneath the entertainment, there are "REASONS" for our stories.