The Millenial Kingdom - God is in Charge!

The Battle of Armageddon is over. Satan has been defeated and his forces destroyed. The earth has been literally ripped apart by 7 long years of the Tribulation. The dead number in the millions and millions. Evil is gone, at least for now. The Antichrist and False Prophet have been cast into the Lake of Fire. Satan, still alive, has been chained and thrown into the Abyss for 1000 years and will be released at the end of that time to be dealt with forever.

I welcome you all again the my series on the book of Revelation. We began with The Rapture, went through the 3 sets of Judgments that followed, the Seal, Trumpet, and Bowl Judgments, then we saw the Battle of Armageddon when Jesus and Satan met and fought. Now that the battle is over, Jesus, as prophesy foretold will begin His reign upon this earth. A new city, The New Jerusalem will descend from Heaven where Jesus will live among His people, rule with an iron hand, and God's people will be able to live in peace and joy.

If you haven't read the other articles that I have published, I invite you to do so in the order listed above. Reading these events out of order may confuse you. That is definitely not what I want to do. God gave us Revelation so we can know what is going to happen and be prepared for it!

The Prelude to Eternity!

In Daniel 7:13-14, it states that the Second Coming marks the beginning of the reign of God’s kingdom on earth. As explained in my hub or the Battle of Armageddon, Jesus descends from Heaven with His army of saints, angels, etc. and destroys Satan and his forces, thus ending the The Tribulation Period. Jesus will set up His Kingdom on Earth and will dwell in the city called New Jerusalem. This city will be massive, 1500 miles on each side and Jesus will rule for 1000 years from this beautiful city! This passage makes it clear that this event will take place in the future.

Zechariah 2:10-12 says that in that future day, Christ will claim the Holy Land as His own. Zechariah says, “The Lord will inherit Judah as his portion in the holy land and will again choose Jerusalem” In Zechariah 14, an attack on Jerusalem is described. The Lord will be standing on the Mount of Olives where it will be split into 2 that will make a great valley, half of the mountain moving north and the other south

In the New Testament, in addition to prophecies concerning the Second Coming, the Rapture of the Church is revealed for the first time. The Rapture of the Church is when Christ will come to take the church, believers living and dead, out of the earth to Heaven. It is an event entirely different from the Second Coming. This confuses many people since the Rapture occurs first. Only believers are affected in the way I stated, but Jesus will not be seen by unbelievers. Only those saved and believers in Christ will see our Lord in the air, meet him there, and go to Heaven. All unbelievers will see are that millions of people vanished into thin air! I personally believe that since only believers can see Jesus in the air when the Rapture happens and nobody else can. He will be alone this first time. Scholars have determined that this is why this appearance of Jesus is not referred to the Second Coming. When Jesus appears to ALL before the Battle of Armageddon, the term Second Coming is used. Jesus comes back not alone, but with all of Heaven behind them. So, there will be two appearances of Jesus, the second one being called the Second Coming that ALL will see and experience!

After the Second Coming and Battle of Armageddon, a series of judgments takes place. 1) Satan is bound and thrown into the abyss. He is still alive, but unable to do anything during Christ’s reign on earth. 2) John recorded seeing the resurrection of the Tribulation Saints, the ones that died during the Tribulation. (Revelation 20:4-6) These saints will be judged and rewarded similar to those at the Judgment Seat of Christ. 3) Scripture speaks of a judgment of nations, or the Gentiles (Matthew 25:31-46). This is for those Gentiles that are alive at the end of the Second Coming; those that survived the Tribulation. Those counted worthy are described as sheep and will be able to enter the MillennialKingdom. Those designated as goats will be considered unworthy and put to death. A similar judgment of the people of Israel also happens. (Ezekiel 20:33-38) But what about the resurrection and judgments for those Old Testament saints revealed in Daniel 12:2)? In summary then, at the start of the Millennial Kingdom, ALL the righteous will have been raised from the dead, and those living, Jew and Gentile, who survived the Great Tribulation will enter the Millennial Kingdom in their natural bodies and will do natural functions. Only the wicked are still in the grave and not resurrected at this time.

So, what is the Millennial Kingdom going to be like? The Bible speaks of it in various forms, sometimes referring to our world and sometimes as a spiritual kingdom. The Millennial Kingdom is an earthly kingdom with Christ on the throne who is has absolute control. This will fulfill the promises that He will sit on David’s throne over the house of Israel. He will be their King. Of course, when Jesus came the first time, Israel rejected Him and the Cross was posted that He died as a King. Now, He is the King over the Davidic kingdom fulfilling the prophecies concerning this. Again, He is reigning over Israel as the Son of David, but also as King of Kings over the entire earth including the Gentiles. (Psalm 72:8). All who oppose Christ will face judgment.

Justice along with righteousness will be prime characteristics. Nothing like the corrupt government in our world today. Psalm 2:10-12 speaks of His wrath and in Isaiah 11:3-5, we get assurance that the poor and meek with be dealt with righteously. Because those that enter the Millennium are either resurrected saints or people who have been born again, the early stages of the kingdom there will be a righteous manner of life such as the world has never seen.

There will also be a high level of spiritual life. Jesus still reigns in His followers’ hearts, but will now be universal and visible. Since He will be visibly present in the world, all will be able to see His glory and be filled with it. Full knowledge of God and His ways is indicated in Isaiah 11-9. God’s Truth will be in the hearts of mankind and all will know the facts of Jesus. (Jeremiah 31:33-34). He will forgive sins and pour out His blessings on them. These 1000 years will be full of peace. There will be no war and all personal relationships will be peaceful. No nation will take up sword against another, or will men be trained. There will be universal joy as stated in Isaiah 12:3-4. The power of the Holy Spirit will be working too. Saints will be indwelt by the Holy Spirit just as it is today.

God is going to live physically in His Holy City. There will be a huge temple there, so worship of God will occur and there will be sacrifices. These animal sacrifices are different from those in the Old Testament. They will not pay for sin, but will be a reminder to look back to the Cross for the ultimate sacrifice. Many have disagreed with this idea of animal sacrifice stating that when Jesus died, it was sufficient for ALL sin. But in the book of Ezekiel 40: 1-46, there are details about the sacrificial system in the MillennialKingdom.

Only saved people will enter the Millennial Kingdom, but those born there will need to receive Christ as their Savior and be born-again. You would think that with Satan bound and and that there is universal knowledge of Jesus that this would not be needed, but at the end of the Millennium, there will be a rebellion by those that are not saved. There will be great prosperity, no poor people or any suffering from lack of necessities. When God cursed the ground in the Garden of Eden, that curse will be lifted and even the desert areas will be fertile and produce crops. The twelve tribes of Israel will have its designated portion of the Promised Land as stated in Ezekiel 48. There will be true justice finally for all.

Since the earth’s population was practically wiped out during the Tribulation, there will be a large population boom. The New Jerusalem that descends from Heaven will be exalted as a city and actually rise about the surrounding land. It will be huge… a cube shaped city 1500 miles long on each side. It is said that some of the old landmarks will still be there, such as the Benjamin Gate. (Jeremiah 37:13). 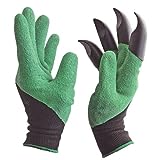