The Mystery Behind Cult Followings

Read Cult to Find Out More

The Kingdom of the Cults
Buy Now

What is a Cult?

A cult is a religious organization or group of followers that all share a certain set of beliefs and/or practices.

Cults are groups of followers often manipulated by a leader to perform certain actions, agree with certain beliefs and convert others into their organization.

Cults date back to before the 15th century and still exist today. They are often deemed to be dangerous, notorious, or just plain odd.

The History of Cults

Dating all the way back to the ancient pagans and even the early Christians, many religions have manipulated the minds of their followers through faith in order to transform into a "cult". Wiccans, Pagans, the Children of God, the Manson family, and the FLDS (the followers of Warren Jeffs) have all been classified as cults at one point in time.

The word cult originates around 1617, and has Latin origins that translate into care, tender and cultivation. Over time the word changed meanings over and over again. It wasn't until the 19th century that the term cult gained a strictly negative connotation - referring to dangerous groups of people often brainwashed by their leaders.

During the Romantic period, a large number of people became unhappy with the monotheistic faiths of the time. This caused them to drift of into smaller sects, such as modern day Freemasonry.

In 1875 cults became even more popular when Helena Blavatsky started the Theosophical Society, championing the era called "The Age of Aquarius."

In the 1930s, philosophers started to examine cults more closely - trying to figure out the sociological, religious and philosophical beliefs that drive cult followings. In the 1970s, a new movement called the Anti-Cult Movement surfaced - and even that was viewed as a cult by many people. 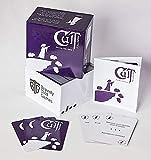 A “cult” typically refers to a group of people who are devoted to a certain set of beliefs or practices that the majority of the population consider to be strange, mysterious and/or out of the norm.

Often, cult followings are lead by one or two people who expect a large amount of time and/or money to be devoted by their followers. Some cults are extremely dangerous and ask their followers to give up the ultimate sacrifice, their own lives, in honor of the cult.

Here is a list of ten cults deemed to be some of the most dangerous cults to have ever existed:

Do you know anyone who has ever been or who is in a cult?

Jim Jones, Reverend and leader of the former Peoples Temple, started his following in Guyana and ended the following via a mass suicide of 913 people. In 1997, Marshell Applegate, leader of Heaven's Gate took his following in the same route by poisoning himself and 39 followers. In the 1960s leader Charles Manson convinced his followers to go on a rampant murder spree out of a fear of an impeding race war between black people and white people. Waco, Texas became famous in 1993 when a large raid occurred by the FBI on the Branch Davidians - which left 76 people dead. Luc Joret, leader of the Solar Temple cult sacrificed a child in the 1990s believed to be the Antichrist. Later that week he and his followers all committed suicide.

The Freemasons are a large, powerful group believed to be associated with some of the most reputable leaders in past and modern day society

During the 1940s, author Walter Martin began the Anti-Cult movement - a group of followers who opposed heretical, pseudo-Christian sects throughout the United States. This Christian counter-cult movement believed that these cults aimed to praise their leader rather than the Lord God, their true savior.

In the 1970s more anti-cult movements began to pop up, attempting to "deprogram" the brainwashed followers of mainstream cult groups. While many scholars rejected the philosophies and ideologies of anti-cult groups, these ACM groups quickly spread across the globe - popping up in Russia, China, England, the United States and more.