The Pantheon of the Psyche

Did you like this hub? This is a book by this author: The Darkness Before Light, Turning Despair Into Creative Inspiration 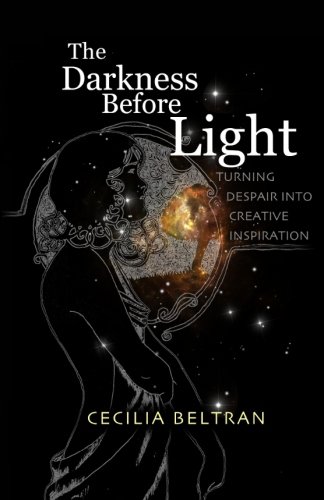 What the 14 Olympian gods represent in the human consciousness.

The ancient Greeks invented Democracy and gave birth to Philosophy. You would think that they are sophisticated enough to realize that the stories of childish, spiteful and vain gods and goddesses of the Greeks are not really worth worshiping. But they did. They built incredible temples in their honor and spent such lavish attention to their festivals.

If you look closely at the stories of the gods and goddesses, you will see that they are personifications of aspects of the human consciousness. I have written about them in my other hubs in the past. But I have decided to explore the subject more in order to show how these stories of gods and goddesses reveal the ancient Greek's understanding of the human mind and its relation to the forces of nature.

Zues and Hades : Life versus Death, Creativity versus Stagnation.

Zues is the creator of all living things, he is the generator of inspiration and life. Zues is considered benevolent, powerful and prolific daddy of heroes, gods and goddesses. Hades however is the god of the underworld. He presides over the dead. His power lies in the acquisition of souls where they are kept hidden in darkness and prevented from returning to life.

In Greek Mythology, Hades is always trying to rise over Zeus as in the case of the legend of Hercules. The lightning bolts represents creative inspiration in the human psyche. Oddly enough, it is theorized that lightning also played a part in the creation of life on earth.

Life follows death. But also in death, there is new life. In the human psyche, vitality and creativity go hand in hand. However, an unchecked creative phase always leads to its opposite--burn out. When you experience burnout, depression usually follows. When people are depressed it is very difficult to create anything. It seems like they go into an underworld and fester there. Most people cannot move or eat. The odd thing is the only way to bounce back to vitality is to muster all the energy that's left to actually create something new. This is what Heroes do, they go down into the underworld and take the dead back into the living. The father of heroes is most often than not, Zeus.

The primary preoccupation of Hera is to destroy all the children of Zues outside of the marriage. Her deceptively spiteful activities are actually the platform from which heroes attain godhood. Her name, Hera is the root of Heroes, for it is her challenges that bring out the heroic from mere mortals.

She is the goddess of all women. Her festivals celebrate the three stages of womanhood. The virgin, the mother and the crone. As a crone, her main role is to control Zues's progeny.

Dionysus was one of the bastard children of Zeus. He earned his status as god when he successfully retrieved his mother (the mortal Semele from the underworld,) from Hades making him the god of resurrection. Also the god of wine, Dionysus stands for spiritual intoxication and passion.

Hera represents the force that contains the creative impulse. It is a way to slow down the explosion of life and of creativity to ensure that it remains sustainable. Marriage does that to a man and a woman. It slows down their lust to indiscriminately procreate and manages what is already created through that union. It is very sober and challenging. Dionysus represents infatuation, the opposite of the sobriety of marriage. We all need a level of exhilaration in order to come back from the dead and remember the source of our power,our point of origin (represented by Semele, the mother). For the psyche to be able to maintain the creative aspect of marriage, it needs control. But too much control kills passion, hence the need to have a heroic act to resurrect the passion that died.

Athena and Ares: Civilization versus Blood thirst, Wisdom versus War.

Athena and Ares are two gods that preside over war. Athena is the champion of civilization, weaving and philosophy. She seems to represent everything that is civilized. Strategy and resolution of conflict is attributed to her. That is why she is also the goddess of Wisdom. She is called upon in battle in order for her influence to guide warriors to the most productive way to resolve the conflict. On the other hand, Ares is the god of bloodthirst. It takes raw bravery to just dive into battle and hack your way through. He seems to be the god presiding over the adrenaline. Sometimes, there is the need to be able to suspend morality and consequence in order to be able to survive in the heat of war. The two gods are polar opposites. You can prevent the deepening of conflict through forward thinking and planning, true. This is the essence of a strategy but when the strategy fails, you must have the ability to let go and lose yourself in the moment and let your instincts take charge. Oftentimes, in resolving a conflict (whether an actual battle or psychological one) it is better to think ahead and be civilized about it. You" weave" the threads together in precise calculations instead of just hacking your way through. But when all of that fails, what else do you have left? The blind rush of adrenaline has its own power. Although Athena and Ares are polar opposites, they are actually all about one thing-- taking action to tackle adversity.

Aphrodite and Hephaestus :Beauty Versus the Lame, The Loved versus the Rejected

Aphrodite's marriage to Hephaestus reveals the complex relationship of the beautiful with the ugly. Aphrodite was born from the titan Dione, which in some sources is just a feminized version of Zeus (Dios). It is an interesting ancestry because Di is the prefix that denotes the number two. So Aphrodite really came from the male and female aspect of one idea--the creative nature. Aphrodite represents all things that we like: Joy, pleasure, beauty, sexual love and well, romantic love. Her husband however, Hephaestus has quite the opposite experience. When Hera got jealous of Athena, she made herself pregnant to Hephaestus who was distorted. The poor god was thrown out of heaven and came to live beneath the earth where he forges the fires of volcanoes. Being lame or crippled makes him so unattractive to Aphrodite. But it is Hephaestus who forges the weapons and the armor of the gods. It is he that gives power to the gods.

The arranged marriage of Aphrodite to Hephaestus by Zeus shows the two aspects of creativity. The creative nature of Zeus fathered the personification of natural beauty as well as beauty that which was is crafted by ingenuity. It is in the presence of the concept of ugliness that the arts, technology and crafts emerged from our consciousness. It is our rejection of the ugly that motivates us to create beauty but is also the presence of beauty that creates a concept of ugly. The two are intertwined. Aphrodite resented being married to Hephaestus and instead committed adultery with Ares, the god of Hate. Beauty would rather battle and hate ugliness than embrace it. But Hephaestus exposed the betrayal and returned his bride to Zeus. This only means that beauty that cannot embrace the thing that gives it power, inspires hate.

Poseidon and Hermes : The Terrain and the Traveler, the Unconscious and the Expressed

Poseidon rules over the waters and the land while Hermes guides the travelers that brave them. In myth, waters most often refer to the unconscious mind which is rather difficult to access unless, one bothers to dive into it and express what is found there. Hermes is the messenger of the gods, the forces of the psyche. Which is why he is also the messenger of Orators or anything that involves the expression insight. While the two gods are not at odds with each other, they are linked by the domains of their rule.

The Unbounded which epitomizes Poseidon is tamed by the boundaries that are defined by the those who travel them which is ruled by Hermes. In the psyche what this means is that you can only prevail the onslaught of the unconscious mind, if you express and communicate the stirrings of your own soul.

Artemis and Apollo: The Wild versus the Cattle, Innocence versus Intellect

Artemis is the goddess of the wild girl up to the age of her marriage. Apollo battles a great snake and becomes an Oracle. These two gods are both gods of healing and they are portrayed as twins. Each ruling over contrasting concepts, Artemis and Apollo are aspects of the psyche that regulate the scope of knowing and familiarity versus the untamed resources of our untainted minds. Both work together and balances each other out.

The 14 Olympian gods and goddesses are personified to explain the complex relationships of the universal concepts of nature and our minds to the ancient Greeks. The myths reveal the intricate traps and challenges of the task of self-discovery and empowerment and the forces in our minds that work for or against us, depending on which aspect of our god-self we embody.