Spooky Strange Sightings At The Cabins On The Lake! Eerie, Unearthly.

I guess we all have mysteries in our lives and this was the mystery in our friend's life. Many years ago our friends owned a resort on Upper Post Lake in Wisconsin. They had bought this beautiful resort from his grandmother. It was a beautiful place in the north woods many liked to spend their summer vacation at the resort. They often had families who came when grandma owned it.

There was a main house and in around it along the lake were pretty little cabins. We often went to visit them and once while we were there they told us a story about something which had happened during the week. The story was about the strange scary incident at the lake. They were upset over it.

They told us a story about a family who came every year to stay in one of the cabins. It was a woman, Nancy, her brother, Jack, and her two young children. (NAMES HAVE BEEN CHANGED)

One day her brother's friends came up for a visit. They had all been up and around the lake earlier in the evening with the kids playing in the water. That night as it got late Nancy and the kids went off to bed. Jack and his friends stayed up to play cards.

Jack decided to go out and check the fishing poles. He would go out the back door and walk around the side of the cabin to the front where the lake was. As he went out the door he heard voices. He couldn't make out what they were saying, but in his head he thought it was some of the people staying at the resort. It wasn't unusual for people to be out at night, maybe sitting around camp fires or fishing.

When Jack turned the corner to head to the front of the cabin, he saw the three beings and they were not earthlings. They shined bright so he could see them clearly and they were carrying on a conversation. The words couldn't be understood. They floated a little off the ground. It took just seconds for Jack to run. He ran in the cottage told his friends and woke his sister, scared and upset. They all went out to find out who was there, by this time the strange shiny beings were gone. There wasn’t a sign of them. The lake was clear and quiet.

The next day the family packed up and left the cottage, earlier than they should have. Our friends were shocked and couldn't understand why the family had left.

Later they got a phone call from Nancy. She told the story of the strange beings. The shocker was Nancy had taken pictures of Jack and his friends playing cards. Behind their heads was a window which faced the lake and in the window was a UFO floating just above the lake. They could only explain it as being sort of cigar shaped. Nancy said they would not be back.

They never did come back to the resort and our friends never saw anything unusual around the resort after that. This happened at a time when there had been UFO sightings in this area. Our friends aren't the kind to tell stories like this. This incident happened many years ago in the 70s.

Friends told us these stories. While they were out snowmobiling one night they saw a bright light land up the trail in front of them. They took off and didn't check to make sure what they saw. I would have hide and checked it out. One was a cop and he just ran.

There was a logger who saw strange lights in the woods. When he checked the next day, in a clearing there was a large round spot with dead burned grass. The spots had not been there the day before.

I wouldn't say it was common, but often the sightings in this area are by the lakes. There's something about the lakes UFO's like.

I believe in UFOs because I have seen them. I wish we all knew why they are here. Maybe someday we will find out and we may not like it. You can read my hub stories on what I have sighted.

UFO's have often been seen over the great lakes. Youtube is full of videos about these sightings.

Would You Come Back The Resort If You Saw What Jack Saw?

Our UFO Triangle Sigthing. Objects In the Sky ! 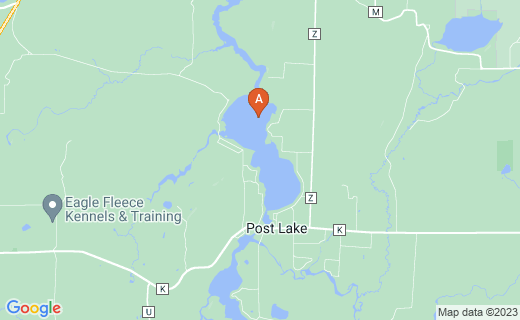