The Three Types of God

Fair warning before reading any further: Yes, I'm using the word 'God' rather loosely in this context. At the mention of the word, it calls forth to the mind more mental images than any other word care to, ranging from the most simplistic to the utterly ineffable. However, I'm certain most of you are quite familiar with the association of the word 'God' to an omnipotent, omnipresent individual, claimed to have bring the world into being thousands of years ago, who still fusses about the mundane affairs of its inhabitants to this day, answering (less often than not) prayers from them for good measure.

Here is a rather general list of what I think the word 'God' means to people, at least, those still capable of taking the subject seriously:

It is common (and uncanny) knowledge that the world had bore witness to the numerous religions man managed to conceive during his short tenure on Earth, each one surrounding a particular deity who demands to be worshiped and prayed to (in any order, I suppose), and each one of them were at one point claimed to have possessed supernatural powers, influencing the forces of nature as they see fit, and of course sparing them the arduous task of figuring things out for themselves.

Now a majority of gods in the past have now fallen into mere myths, as we now know better that Thor was not responsible for striking down that lovely apple tree in your backyard with a lightning bolt, and Poseidon is insufficiently existent to toy around scantily clad strumpets by the beach with little playful waves. The remaining few are, well, few and still going on, making sure they're still relevant to the world through their believers, which had once been so much easier before.

Now, a good god who is omnipotent and omnipresent and have given birth to the world nowadays would seem to require a population of believers (obviously), unbelievers and those with a penchant for jumping ships (the undecided). He (or She), with the world designed as he had planned, also needs to plan out its demise in any manner deemed appropriate and nothing short of fanciful. Go mad, as we would say. He (or She), in order to quicken the process of bringing about the end of the world, may also consider bestowing upon his or her faithful worshipers a set of beliefs to abide by, among which is the belief that believers of other gods are the worst kind of human beings and therefore must either be swayed back to the 'true' path or face painful punishment. No less important than the others is He (or She) should accord the faithful an appropriate period of time for his or her word to be twisted and stretched as it is passed on from one generation to the other till it defies recognition.

He (or She) should also not forget to keep the fires in Hell hot every day, or a god's equivalent of a day anyway, so that upon Judgement Day, where He (or She) would come forth and bring the faithful to His (or Her) place, He (or She) could hear the screams of anguish from heretics and unbelievers in it immediately.

This is probably a small fraction of what a religious god is supposed to do, so to avoid coming off as lengthy, let's move on.

Do you still remember the clever arts-and-craft assignments you completed as a child? A Deistic god is as such, except that He (or She) had completely forgotten all about them.

The god of Deism, whose existence is accounted for through logical reasoning instead of the easily misconstrued words of religion, was believed to have been responsible for the creation of life and the world it resides upon, through the line of reasoning that an object's existence immediately implies the existence of an intelligent maker, and an object as complex as the universe is no more different. In contrast to the domineering nature of a god as suggested by most religions, the Deistic god's role as maker of a world stops where the responsibility to operate it begins. Once construction was complete, He (or She) left it as it were and its inhabitants on it to squabble over whether there really is a god up there and futilely pray for Him (or Her) while He (or She) idled His (or Her) time away making new, more clever pieces of worlds.

Putting it bluntly, the Deistic god is the more reasonable cousin of theism, while also proof of man's irksome tendency to carve everything in his own image. In other words, man can never get over himself. 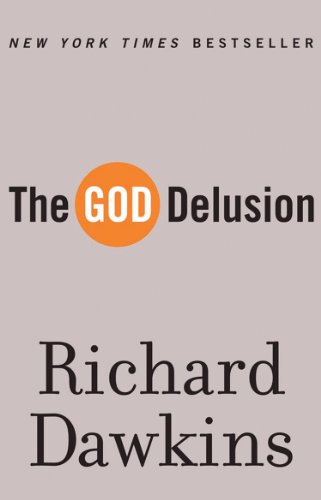 This is where the pronoun 'It' is used. A pantheistic god is, like the Deistic god, apathetic to the needs of man and more importantly, is not human, or rather does not take the shape of man. Such a god is literally the universe itself and everything in it, the known (what man had discovered in his free time) and unknown (that which he had not).

From a pantheistic viewpoint, the whole universe is seen as a multi-cellular organism, which is an understatement in itself considering what it is capable of. To liken the universe to a god, we need only account for the fact that it is capable of giving birth to a whole plethora of life in a seemingly never-ending process. It moves on to objects bigger than life itself; stars, planets revolving around them, and who knows what else (see: the unknown), all the while still expanding itself, pushing the far reaches of the world in which we all reside further, rendering us all the more ignorant, tiny, more so in the case of those still clinging to the words of ancient fools who knew little before. To a personal god, the universe says, gesturing to one planet amid its entire body, assuming it bothered enough to give itself fingers, 'See here, that's my planet you're terrorizing.'

The universe is indeed a master of itself who does not fall under the sway of people simply because men with bloated self-importance said so. It cares not to help you find your keys, or cure your child of a fever, or save you from a traffic jam, because it simply has better, more awesome things to do, like making bigger worlds in itself. From a pantheist's perspective, it is true to say prayers uttered every day fall on deaf ears every day. Because the universe knows better than to give itself ears.