The Tribulation Period - The Trumpet Judgments

You Don't Want to Attend this Concert!

The globe has just gone through the most destructive period in history. The Antichrist has been running rampant all over the globe, killing people, starting wars, and destroying everything he can. Evil is in control of the worlds. God is allowing all of this as a last ditch effort to make people realize this man is evil and is not going to solve their problems. He desires that everyone repent and turn to Him and avoid eternal death! His anger is growing and now is set to release the second set of 7 Judgments on the earth trying to get people to accept Jesus and turn from their wickedness. The people left on earth, except those that gained wisdom and were served, are now being persecuted severely by the rest of the population. The people that were saved and are now martyred when they died at the hands of the Antichrist, are crying out to God for vengeance from Heaven. God told them they would have to wait a little while, but they would be avenged.

As the Seal Judgments wind up, God prepares His angels to start an even more destructive series of events...the Trumpet Judgments. God's anger is growing and people are still resisting and cursing Him. This set of 7 more events is going to show the world how angry God is as the Trumpet Judgments begin.

1. First Trumpet Judgment – God begins this set with a tremendous display of His power and might! God pours down hail and fire upon the entire globe! This destructive release of power literally kills off on third of the earth’s vegetation. Again, this is a worldwide event, not some local area. This is just a preview of the devastation and destruction to follow! (Revelation 8:7)

2. Second Trumpet Judgment – is when a great mountain burning with fire is thrown into the sea. The sea turns to blood, literally, killing one third of all the living creatures in the sea, destroying one third of the ships at sea at that time. The mountain is believed to be a huge meteor that God sends to earth. This is a terrible judgment. Just imagine all the dead creatures of the sea, floating or washed up on beaches and then rotting. Disease will be rampant and the smell from the corpses overwhelming. Travel now will be very limited by ships, cutting off supplies and making goods even harder to come by. God is really flexing His muscles now in another attempt to get people to repent and follow Him. (Revelation 8:8-9)

3. Third Trumpet Judgment - begins when God sends a great star burning like a torch from heaven to the earth. The star is given a name in the Bible – Wormwood and states the water becomes wormwood also. Wormwood is a plant. More of earth’s precious water is effected. This time one third of the rivers and springs are severely contaminated and undrinkable. Many people and animals will die of the result, causing the total number of dead to increase substantially. This star is probably another meteor of some type and since the contamination is worldwide, will just make living a nightmare. (Revelation 8:10-11)

4. Fourth Trumpet Judgment – has a little different twist to it. Now God turns from directly attacking the earth, but instead turns to the heavens. God unleashes His awesome power at the surrounding solar system. One third of the sun, the moon, and the stars are darkened, causing a ‘blackout’ type situation on earth. Visibility will be drastically reduced and this Judgment gives a very strong warning to those people that are still alive at this time. At the very end of this Judgments, the angels shout a warning because the next 3 Trumpets are going to sound and what comes next is the worst judgments yet. (Revelation 8: 12-13)

The first “Woe” Judgment now begins when the Trumpet sounds.

5. Fifth Trumpet Judgment – is where the ‘Bottomless Pit’ is opened up. When the word ‘woe is used, it means that a very serious judgment is being allowed by God to occur. As if the other judgments weren’t serious enough. But this word states how much worse this is going to be than anything previously seen. From the pit a huge swarm of locusts are released and attack anyone in sight. With this swarm, is a powerful demon from the pit of hell leading them. The locusts aren't normal locusts, but demons in the shape of horses and have human faces. The leader's name is Apollyon and means “Destroyer".

Again, these locusts and their demon leader will be all over the world. Even though God releases them, they are restrained from attacking everyone. God commands them to attack only those that do not have God’s seal on their foreheads. Remember: there are people during the Tribulation that do gain wisdom and turn back to God!

These ‘Tribulation Saints’, who have suffered along with the rest of the world, will be protected by God for this Judgment. The locusts are not allowed to kill anyone, but the people attacked by these demons will wish they had been killed. The demons can bite their victims and is similar to a scorpion sting. But, this painful torment will be severe and last 5 months! As stated, people will be seeking death to get relief from this horrible suffering, but will not be able to kill themselves. There to desire to die will be strong and will beg to be killed, but they won’t be allowed to die. (Revelation 9:1-12)

Now the next ‘Woe’, the second will commence as the Trumpet sounds.

6. The Sixth Trumpet Judgments – Those that survive will now be witnesses to something that is almost beyond understanding. God is really cutting loose as His anger grows. When the Trumpet sounds, 4 demonic angels are released from the EuphratesRiver. (Remember: Lucifer (Satan) was not cast out of Heaven alone. Other angels that followed Him were cast out also.) These 4 demons are not alone. With them are 200,000,000, demon spirits. That is 200 MILLION DEMONS freed with the 4 leaders! There mission: to destroy one third of mankind!

One fourth of the world's population has already been killed during the 4th Seal Judgment, so almost 60% of the population of the planet will be gone when this Judgment ends!!! This 200 million army is not China…remember, these are demons! China does not enter the picture until the Battle of Armageddon, at the end of the Bowl Judgments.

Unfortunately, mankind, even after all of this still continues their idol worship and following demons, sinning more and more. What is so pathetic is that they all know at this point that all of this misery is from the full wrath of God being supernaturally thrown at them. These people are so evil and lost that the will refuse to accept the truth of the Gospel even when witnessing God’s physical attacks on them! Stupidity is an understatement….absolutely unbelievable!!! (Revelation 9:13-21)

Now comes the last “Woe” Judgment which begins at the Trumpets sound!

7. The Seventh Trumpet Judgment- is the last and final Trumpet Judgment. We are now 2/3 of the way through the 21 Judgments when this one is completed. This Judgment is different than the rest, but no less serious since it is the final “Woe”. In Heaven, rejoicing is beginning to show since the believers know the end of all this is drawing near. They are rejoicing because God is releasing His wrath on the sinful world and His vengeance is evident.

At the end of this, the Bible states that more lightning, noises, thundering, and another massive earthquake with more hail is released upon the earth. Compared to the last 6 Judgments, these will appear tame, but these events are still powerful and cause even more death and destruction. (Revelation 11:15-19)

Well, my friends, after these 14 Judgments, you would think any sane person would get the message and turn back to God. Notice I said, “SANE”! At this point, I believe that sanity has left all the people left on the earth except those with God’s Seal. The people continue in their evil ways and curse, blaspheme, and defy God with a vengeance. If this isn’t insanity, I don’t know what is! These people are totally lost and doubt they can even reason anymore. (Revelation 11:15-19)

The next set of Judgments, the last 7 of 21 are God’s last ditch efforts to get people to turn back to Him and repent. Even though His anger is clearly evident, He still wants to save these people from their arrogance and stupidity. Now that, my friends is LOVE, perfect LOVE! He wants these people so much because He knows that after these last Judgments end, Jesus is coming back to put an end, once and for all to the carnage and bloodshed! The Battle of Armageddon is drawing closer.

Let’s see what happens when God pulls out all stops and really turns up the heat! Next up are the 7 Bowl Judgments. These are in a separate hub. 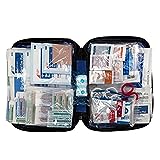