The Way of a Pilgrim

The Way of a Pilgrim is how this journal is presented to us in English. A more correct translation of the title used by the author would be “Candid Narratives of a Pilgrim to his Spiritual Father.” It is clearly written before the liberation of the serfs which took place in 1861, mention is made of the Crimean war that took place in 1853, so the book was written between those two dates. The book finally found its way into print in 1884 and has become a classic of Russian literature

The book is the journal of a Russian Orthodox Monk. We never learn his name, he doesn’t tell but he does tell a little about himself; He had a brother eight years his senior. When he was seven years old his brother pushed him and he fell hurting his right arm, rendering it useless. He was married but he and his wife never consummated that marriage though he expresses deep love for her. He says that each night they would pray to God to be delivered from lustful thoughts. Their house was burned and all their money taken by the envious brother. After living in poverty for two years with nothing but the Bible, his wife became ill and died. Stricken with grief, he left with nothing but his knapsack and his Bible. From then on he recounts his wanderings and the spiritual lessons that he learns. The journal begins;

“By the Grace of God I am a Christian man, by my actions a great sinner, and by calling a homeless wanderer of the humblest birth who roams from place to place. My worldly goods are a knapsack with some dried bread in it on my back, and in my breastpocket a Bible. And that is all.” 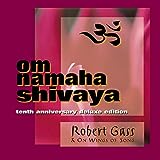 The main lesson, the one that is the thread holding the whole narrative together begins as the Pilgrim attends church. During the liturgy the first epistle of Paul to the Thessalonians is read. What catches his attention is the admonition of Paul to “Pray without ceasing” He did not understand how this was possible. He continued to listen to many sermons on Prayer and though much was said, the practical notion of continuously praying was beyond his understanding. Eventually he reaches a monastery where he is introduced to a Starets a Starets is a monk distinguished by his great piety, his long experience in the spiritual life and a gift for teaching and guiding others. The Starets gives him the answer in the form of “The Prayer of Jesus”

In the thirtieth chapter of the Gospel of Luke, Jesus is visiting Jericho. His popularity is so great that throngs have gathered around him and the noise is deafening. A cripple is sitting some way away and calls out to Jesus. The men standing nearby tell him to stop, there is so much going on that Jesus could not possibly hear his feeble cries. But Jesus does hear and approaches the man. The lesson in this is that amidst all the noise and confusion of life, God still hears the cry of the penitent. Jesus asks the lame beggar what is his desire, the answer is the Jesus prayer; “Lord Jesus Christ, thou son of God, have mercy on me a sinner.” The Pilgrim is instructed to repeat the prayer three thousand times a day, and then it is increased to six thousand. He does this without thoughts of any kind, concentrating solely on the words of the prayer. Gradually he felt the prayer enter his heart and soon he was saying the prayer constantly and feeling lost when he was not uttering it. Soon it entered his heart and he no longer said the prayer with his lips. The prayer was constant within him. He had learned to pray without ceasing. Of this experience he writes;

“My whole desire was fixed on one thing only-to say the prayer of Jesus, and as soon as I went on with it I was filled with joy and relief. It was as though my lips and my tongue pronounced the words entirely of themselves without any urging from me. I spent the whole day in a state of the greatest contentment. I felt as though I was cut off from everything else. I lived as though in another World.”

He then recounts his journeys with the prayer of Jesus constantly in his heart. He speaks of the people, proud and humble, that he meets along the way giving a keen insight to the life of ordinary folk in the Russia of the mid nineteenth century. He has many discussions constantly placing himself as a learner and a penitent.

This book brings to us in the west, the soul of Eastern Christianity.