The allure of the paranormal

What is paranormal anyway?

It seems as though the general population loves a good mystery. Strange occurrences, unexplained disappearances, hauntings and other oddities have captured the imaginations of cultures world wide. While there has always been an interest in the unusual, in recent years, that interest has seemingly turned into an obsession.

The fascination with the unexplained is certainly not a new one. In fact, there is one word used to describe the things that cannot be easily unexplained: paranormal. By definition, the word paranormal means "Very strange and not able to be explained by what scientists know about nature and the world".

Some people just love a good old fashioned mystery. The kind of event that has all of the important elements: innocence, love, revenge and of course an untimely death. It is somewhat understandable how a person who was wronged, or even murdered, would seek justice as a restless spirit. These kinds of stories can be found going way back in history. Some people are sympathetic toward the wronged spirits and attempt to help them find peace.

Not all paranormal events have these specific elements. Some are even more mysterious such as an entire commercial airplane just vanishing into thin air. Reports of vanishing jetliners are not the only odd occurrences that are noteworthy. Reports of people disappearing without a trace have also been documented for years. These disappearances are not associated with kidnappings or runaways. One moment there, and the next they were gone.

Perhaps the strangest part of all this unexplained phenomena is how popular the stories are with the general public. Locals of an area may sit and talk about a mysterious event that occurred over a century ago! This is commonly known as folklore, myths or legends. No matter what you call it, some of these stories have documented evidence that they did happen. That evidence could be part of the reason paranormal events are so popular.

Another reason for the interest in the paranormal could simply be because it offers a break from the mundane world we experience everyday. People can stretch their imaginations and maybe even open their minds to the possibilities of the unknown. For some, it also proves that there may be a form of existence after physical death.

The idea of ghosts is a very old one. World history is peppered with ghost stories. Ghosts are generally considered to be restless souls with unfinished business of some sort. These ghosts are wandering the earth in search of closure. Not all ghosts are friendly either, some are supposedly mean and potentially dangerous to the living.

In some stories, the ghost does not realize he/she is dead. This is believed to be caused by the death happening suddenly. For example soldiers on the battlefield suffering a surprise attack from the enemy. Some of those soldiers might have died before they even hit the ground.

People, places and even things are believed by some to be haunted. The term "haunted" is often associated with the presence of an entity such as a ghost. A familiar example is a haunted house. A house that has had one or more tragic events is likely to be considered haunted by the ghosts of those events. Ghosts may make their presence known to the living in a number of ways. For example a ghost may make sounds or move objects in a room. In some accounts, the ghost is visible to the naked eye for a short time before fading away.

However, in other instances, the haunting is believed to be residual energy left by people or events from the past. This is considered an imprint and usually occurs in buildings and even outside. Think of an imprint like a recording. What is special about these kinds of recordings is that only certain people are able to hear or see them. Even if ghostly people and activity is observed by these people, that doesn't mean it is actual ghosts. They may be witnessing those recordings of people and activities, but nothing more.

These beings from other worlds have developed quite a following. Evidence has been discovered that some ancient societies believed in aliens, making the concept of "Little green men" a bit more alarming. After all, if the ancestors saw/believed in them and documented their existence thousands of years ago, it is worth investigating with open minds.

In one way of thinking, humans are rather arrogant to assume they are the only intelligent life in existence. It is reasonable to assume that humans do not know everything about the planets, solar systems or galaxies. Scientists cannot definitively say that life doesn't exist outside of earth. Because of this fact, aliens are considered paranormal. 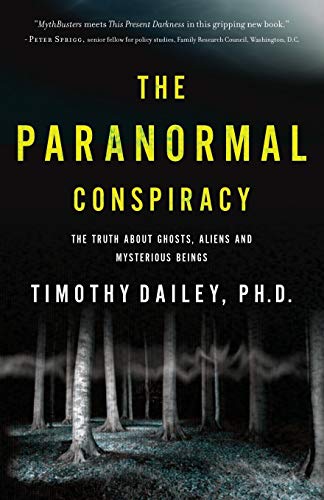 Zombies and their place in the paranormal field

Vampires, werewolves, cursed mummies and zombies are all classic horror movie icons. Vampires, werewolves and mummies have not really crossed the threshold into the paranormal. They are still not considered a real possibility. Zombies on the other hand, could become more of a reality than people might think.

The concept of a zombie is not a modern one. There are old religions that believe in the ability to create zombies through magic and ritual.There are people who believe there will be a chemical war or other events that will result in the creation of a zombie apocalypse. These people have been preparing for the possible zombie fest for years now. The scariest part about this thought is it is not beyond reason. Certain diseases and drugs can create a zombie like state in people.

What ties zombies to the paranormal field is their penchant for eating human flesh. What is it that triggers this desire in otherwise normal human beings? Through movies and books, theories are out there, but that is all they are, theories. It is not certain whether such a devastating event will ever happen, but it is scary to think that it could.

What could end such an evil and disturbing event? The mere thought of shooting your own brother or neighbor in the head to keep them from eating you is the type of thing nightmares are made of. What about the living? There are no guarantees you could trust your own mother during a crisis like that. Every man would be out for his own survival. Resources would quickly be depleted and people might be willing to kill each other in order to steal supplies. Zombies may not be a threat now, but who knows what the future holds.

What it all means

The first documented use of the word paranormal was in 1920. It is a sort of umbrella term for things science and logic cannot yet explain. Most of those things, like aliens and zombies, can be quite terrifying because there is no way to wrap them up in nice neat explanations. People, as a whole, tend to fear and even hate what they do not understand, yet they are captivated by those same things.

The allure of the paranormal is that it cannot be reasoned away nor can it be ignored. It is exciting, scary and not normal by most standards. There is a good chance that as long as the earth exists, there will be reports of paranormal phenomena.