Linda is the author of Advent Calendar for the Salvation of Planet Earth, a channelled book published by Gateway books in 1995

The truth, the whole truth and nothing but the truth....

Lets imagine a scene together here, St. Jerome sitting at his desk carrying out the enormous task of translating into Latin the 27 books, chosen by the Synod of Carthage. I have always felt he looked mournful of this task in the paintings representing this scene and perhaps there is good reason for this.

Fitting in with what the church wanted to teach....

Three criteria were given for the choosing of the texts. Firstly that they must have been written by an apostle. Secondly the text must be recognised as having been divinely inspired. Thirdly and most catastrophic for many of the known early manuscripts - it must relate to the teachings of the Church (not christianity) or have the infallible agreement of the ecumenical councils. This third criteria was a reason to ban many manuscripts and texts which up and to that point had inspired christians for hundreds of years.

The Councils who made the rules then went against them openly by using gospels by Mark and Luke who were not apostles. 30% of the New Testament is said to be letters written by Paul who also was not an apostle. There has never been proof that he actually wrote the letters. A third of the New Testament was declared to be acceptable by the ecumenical council because it fitted in with what the church wanted to teach.

If children and young adults are to be taught our history then we should of course ensure that it is indeed a true history of the events of that time. If we refer them only to the New Testament in the Bible where it is a known fact that this is a much shortened and revised history of the true teachings of Jesus the Nazarene then we do them an injustice.

Before the decision was made as to the 27 manuscripts to be included it was a man called Athanasius who made the short list. Athanasius was a man known for his violent methods with a band of henchmen for backup. The story of Athanasius and how he became responsible for the short list is long and not very pleasant but is worth researching if you doubt this information. The Athanasius canon's selection of books was accepted in Carthage in 397AD and subsequently accepted by Rome.

One of the important texts to be thrown aside was the gospel of Thomas....

This gospel by Thomas was held in high regard by the original christians who followed the teachings of Jesus the Nazarene. This was the book which held the original teachings and did not give credence to the idea that Jesus and "the way" was only accessible through the church. In fact the gospel of Thomas said nothing of the resurrection but placed the real importance on the teachings for everyday life.This gospel also gives reverence for feminine equality within the teachings which the church would never allow even though women were involved in the rituals and ceremonies of early christianity.

The writings of Josephus are manuscripts which were rejected even though they gave detailed descriptions of the essene teachings which Jesus the Nazarene followed. The word Nazarene does not have any connection with the area of Nazareth. The Essene community at Qumran were known as "the keepers of the covenant" - Nazrie being Keepers.

Another rejected manuscript was the gospel of Philip....

This is the gospel in which Philip details why Jesus was the Nazarene and that Nazara is the truth. More information of the relationship between Jesus and Mary Magdalene is also included in this gospel. Thousands of Cathars were later destroyed in order to destroy the history and bloodline of Mary Magdalene and Jesus but this is said to be retained even today both in words and lives. Reading the history and demise of the Cathars will enlighten you more of the details of Mary's life in France. The Cathars are said to have been led by the teachings of Mary Magdalene who was herself a revered disciple of Jesus in her own right.

Abdias wrote 10 volumes of gospel history and was himself a disciple but he also was deamed not good enough for the New Testament. There are many more texts which would have given a true history of this great teacher for humanity.

The religion proclaimed by Constantine in 313AD as the new state religion was completely different than the teachings by Jesus the Nazarene and his followers. Constantine made himself the head of this new religion and declared the christian's God his sponser thereby retaining his divine right as emperor. This still carries on today with the Head of the roman catholic church in Rome as the Pope - who is still infallible in their eyes.

This was one of the biggest heists of our history ever carried out ....

My writings here are a very short precis of some of the many facts that indicate what happened to the original teachings of Jesus which showed people how to live in the light from their own hearts loving their neighbours as they loved themselves. When you look at the conflict in "religion" you will know that religion was not what the Nazarene taught.

The gospels that were included were heavily adulterated and even today still include many conflicting facts and statements which are not upheld by the church. You will read in the gospels in the New Testament that Jesus had brothers and sisters but the church still upholds that Mary his mother was a virgin when she conceived Jesus and that she remained a virgin!

Do not forget the library at Alexandria which held all the texts from historians, philosophers, scholars, doctors etc from far and wide which was razed to the ground in 391 AD and all books burnt by Bishop Theophilus and his mob. This was in order that the church could re write the history and rules of Christianity. All of these facts can be checked for their authenticity.

This was one of the biggest heists of our history ever carried out and the only reason it upholds with so many people today is because people do not want to put in the effort to check what they are being told and what they have always blindly believed.. As with all cover ups to do with our history and todays politics all the facts are there and not really that well covered but if people do not want to be responsible they will make no effort and the de-humanising and anaethatising of the human race goes on. The word ignorant means "to ignore the truth" and as we go forward towards the future it will be ignorance which brings about more suffering. This cannot be blamed on others for we are our own masters and have choice and freewill to free ourselves.

The Way is to know thyself....

The teachings of Jesus the Nazarene is still true and as real today as in the first century. "The way" is to know thyself and to stand pure and true, not to worship others but acknowledge and respect those who tread the path before you.

Our future is one of oneness not one of hierarchy whether this be of religious or political origin. It is a time to awaken and acknowledge that we are the ones we are waiting for. We are all the light, the way, the truth.

The Gospel of Thomas: The Gnostic Wisdom of Jesus
Buy Now

Lost Scriptures: Books that Did Not Make It into the New Testament
Buy Now 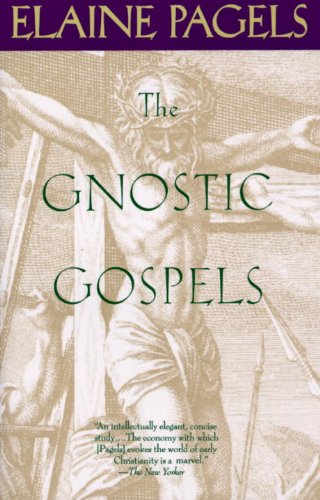