When we consider the existence of dragons there are generally three views, which can be taken:

2        They are part mythical and part based on real animals, for example:  snakes, lizards and crocodiles.

In the Eastern world Dragons are widely accepted as a real and fundamental basis of the Chinese tradition.

Throughout time Dragons or ‘Lung’ as they are known in China have played an integral role in Chinese culture. They are regarded by the Chinese as a sacred ancestor from which great rulers descended.

The ancient Chinese emperors, whom themselves were called dragons, used this symbol to emphasize their kingly power. The Lung was seen as a divine creature that possessed magical blood and the power to speak.

Unlike western dragons, which are even today symbolised as evil fire-breathing takers of fair maidens, the oriental dragon is considered to be kind and good. Throughout the East, temples and shrines have been built in their honour.

Further differences between the western and eastern dragon can be highlighted by their physical attributes. The western dragon is typically described as a bulky lizard shape with horns and large wings. The eastern dragon is defined as a more regal snake-like flying serpent with smaller delicate wings.

The Chinese beliefs are based on four main types of Lung

1        Tien-Lung, the Celestial dragon, who represents the Chinese culture

2        Shen-Lung, the Spiritual dragon who controls the wind and rain

3        Ti-Lung, the Earth dragon who controls the waters of the planet

4        Futs-Lung, the Underworld dragon who guards precious metals and jewels.

Even in the present day the Chinese dragon is regarded as a symbol of good fortune.

Whatever the Lungs origin, whether it is fact or fantasy, it cannot be denied that the belief of the Chinese dragon has resulted in a respected culture, whose ideas and traditions have travelled far across the globe. 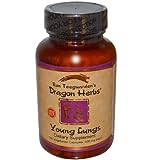