What is the Bible if not God's revelation?

Liviu is worship pastor, writer, and songwriter. He holds a M.A. in Worship Leadership, and a M.A. in Christian Education. 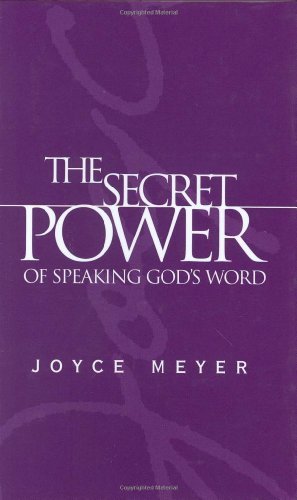 We call it infallible!

No, I am not going to down play the role and nature of the Bible, neither will I pretend that I understand it back to back, but I am not going to mystify the Bible more than it already is. We call it inerrant (error free) or even stronger words like infallible (impossible to have errors); all in our efforts to conserve its authority and power--as if it was up to us to do that; or as if we could do anything about that at all.

When the apostle Paul says in 2 Tim 3:16 that, "All Scripture is God-breathed and useful for teaching, rebuking, correcting and training in righteousness...", what he meant is exactly that: that the Bible is "God-breathed and useful". Of course he referred to the Scriptures as the Jewish Old Testament history, law, prophets, and wisdom books.

So, is the Bible infallible? Infallible to whom? To those who believe the truth it contains, that's a rather silly question. It is just like asking a Texan if Dr Pepper is a reliable drink!! I agree... very, very silly!! To the rest of the world however, the Bible can be a truthful and accurate reflection of the world, of their own hearts in general, and of the creator of all things in particular (1 Cor 13:12; James 1:23).

We call it God's revelation

As a part of God's revelation, when the Bible speaks, it gives us an inside view into God's general revelation--commonly hold as creation or natural world--just as much as it witnesses God's work in, through, and on behalf of his people; which is what we also call the Living Bible or the Living Word of God.

So, does the Bible reveal the creator to us? Yes!! Does it reveal the Savior to us? Plainly!! But this Bible is nothing but a way for God to communicate with us; a way to engage us with and direct our eyes to the truth; a way to enlighten our minds to the truth of who he is and what he has done for us. The message is inescapable no matter what translation one reads and how dogmatic ones heart is.

SO, is the Bible true? Of course it is true, but it is far more than that!! It goes beyond the letter; it proclaims something bigger that the Bible itself. Every truth we find on every page of the Bible and every verse reveals a shadow of the truth it confesses. The Bible is a sacrament in itself! Though it illuminates us into God's truth, it transcends it. The truth that lives within is greater than what the words themselves could ever contain.

Since it can't contain it, the Bible can only be a part of God's revelation; a part of something greater. It certainly reveals to us the creator, pinpointing us in the right direction, but let’s not make the mistake of blowing this out of proportion. Call me a heretic if you wish, but God-breathed is just that! It accurately reflects what God has decided to reveal to us; all the while the details laying entirely in the revelation itself; which plays the role of a passive communicator.

We call it God's creation!

Creation then, just like a painting or a work of art does speak up about the creator to anyone who dares to stop and take notice (Rom 1:20). Thus, every person, generation and culture discovers and is attracted by it in its own way. The Bible is the revelation of God, plainly spoken across several specific cultural backgrounds, spanning some 4000+ years.

But, just as a painting is judged through the cultural background and/or artistic knowledge of the passerby, so it is with God’s revelation. It is judged by every culture and generation differently. Therefore, while the truth of the Bible is certainly a trustworthy representation of God, the details of this God are not clearly stated because they simply cannot be so (Rom 11:33). Does that mean that the Bible is not true or that it might not communicate well to all of us, and by that, that it not accurate? By no means!

The Bible is a dynamic communicator; “A living Word”, as is. And as with any great communicator, it is more concerned in using the right and best language at hand for every culture, every time. Thus, in order to communicate well, it never outwits the audience.

God was more concerned about communicating his truth to us than not be understood at all. He wanted us to understand that he did create everything, that he did love this world so much, and that he did provide a way of reconciling us to himself through his Son. That is what God-breathed guarantees us! That though man wrote the words, God was the source and a guarantee of the truth they contained.

However, although the Bible speaks directly into a certain culture, the general revelation does not. By contrary, the general revelation appeals to our understanding of things which transcends and outgrows culture and generational boundaries. It is solely dependent on the human capacity to understand it. Even when God himself illuminates us or especially reveals himself at a certain point in history to help us understand, it is not without a certain cultural boundary.

John on the Patmos Island writes the book of Revelation and has a hard time describing the things God was revealing to him because some of the things he was describing had no counterpart of which he knew. So, because he can’t name them, he describes them by comparing them to things he did know. Thus, he unwillingly falls prey to certain cultural boundaries, possibly even misunderstanding on the part of his readers (including us).

Since language is a prerequisite of every human being, and as such it is essential in communication, in dynamic revelation (Bible), God will always speak within the boundaries of a certain culture, people, and generation. 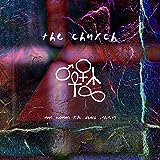 We call it the Church!

By comparison, God reveals himself TODAY to every culture and generation through the nature and the work of the church (Eph 3:10)--or so we believe. It is an “as is” or a “hands-on” type revelation. Every culture has a fair share to interact with the church and understand God according to its own cultural means (language, artistic abilities, science, religion, etc) and church emphasis.

By pointing at the Bible as the exclusive and infallible Word of God, as the only immovable truth of God, we are saving face from the fact that THE CHURCH is supposed to BE the revelation of God TODAY!! You see! God's revelation is the only thing that IS infallible. The church just as the Bible, it points at God as the infallible one. The Bible, just as the church, it is a medium through which God is reveling himself to the world. The Bible, just as the church, and the whole creation can only be infallible in the truth they confess and not in themselves.

It is plainly wrong the way the meaning of the Bible has been so mystified as to be useless. It is wrong when the very Word of God's revelation becomes dull, old, and empty. It is exactly what the Protestant church fought against. We are so busy pointing at the Bible as the infallible Word of God that we forget that this infallible Word points right back at us in the words of the apostle Paul: "His intent was that now, through the church, the manifold wisdom of God should be made known to the rulers and authorities in the heavenly realms" (Rom 3:10).

The problem with the Bible is not ours but God's. He is the author. He delivered his word to us, now it is our problem to apply it for this generation so that "the manifold wisdom of God may be known to all".

May God Bless You in his endless riches!!