I give full credit to fellow hubber cheaptrick for this one, he answered a post on the forum and his answer raised some points that needed answering, and I started typing them into the reply box, and realised that a hub was appearing before my very eyes,,,. so thank you cheaptrick for the questions that started this hub off in life.

"God as most Christians define him doesn't need people to kill for him, something religious fanatics have been doing since the beginning of the distortions of Christs Teachings.

God has the KEYS to the Lightening cabinet and can take care of that little chore him self.

My Christian friends(surprise surprise)have taken the time and put in the effort to go back to the ORIGINAL language the Bible was written in with the context and symbolism of that time.

I love there understanding of the Bible and would defend it.

If you truly are a Christian I challenge you to do the same.

You cannot achieve Salvation by symbolically ducking your head under water or professing the name of Christ unless you live HIS life which as you know was not a Cake walk.

When the disciples asked him what to expect from the world he told them to look at the way the world had treated HIM and asked if they thought the world would treat them any better,did he not?

So I say again,Christianity has become a religion of convenience and Status much like a Gucci hand bag.

Most people think becoming a Christian will make there life Easier, only the few realize how hard it really is.

To those few i say,God Bless You, you are keeping your religion alive.

I agree with you.

I had run businesses all my life, some small, some larger, and had made a goodly sum of money, but that went when Christ wanted me, God just took it away.

The question was, would I try to take it back again?

I'm fortunate, we live in Spain and when I came to faith open free Christianity was still illegal, you could ONLY worship in public as a group if you were a Roman Catholic member, all other religions were banned under old Franco laws concerning not allowing more than two people to meet together to stop sedition.

The first free Christian church (i.e. Non Catholic) was established only 45 years ago and met in a Chinese restaurant on a Sunday morning, ostensibly for a meal.

It was (obviously) nearer to the original concept, where we are to meet for fellowship and a meal, with each to bring a song or message as the Holy Spirit led them.

One of the original founders of that body is still alive and living here, he's 99 years old and only just was stopped driving two weeks ago!

The first full ministry was started by an American (naturally) who opened a chain of churches, from which most of the current churches have 'split' at some time, now with each following their course.

There are Hebraic roots fellowships, but not many, most follow the Roman method of Sunday meetings and observe all the normal pagan holidays and festivals, neglecting the Jewish festivals ordained by God.

Gibraltar has a fine small, but ardent group of Messianic Christians.

I myself explored and followed the Messianic believer route 12 years ago, it got me thrown out of the church.

But some of the Heb Roots groups and people have sprung from that initial interest I started!

My interest sprung from following some of the leading exponents:

Jacob Prasch and Monte Judah with their ministries and the inimitable Michael Rood, who is a walking legend and leading scolar on the biblical feasts.

Not surprisingly many hate him.

There are many effective sites for those who wish to take the 'old paths' - and nothing wrong with that, but for me eventually I realised that I am a new covenant believer, so although I respect my Messianic brothers and Hebraic root followers, I choose not the base myself in them, though I join them for festivals and occasional Sabbath meetings.

Nowdays I attend the local 'synagogue' (church) and enjoy their convenient fellowship, commune with God via the Holy Spirit and with Gods people wherever I find a perch to work from.

In my 16 years of Christian discipleship I have lived by faith for 14 of them, and been well provided for, however never beyond needs and very seldom the occasional want.

The two missing years were when an old business venture that had been dead in the water reared it's ugly head and I mistakenly got involved again, those two years were/are vivid reminders of why I needed and wanted to remove from the world, and although we had stacks of cash during that time, my walk suffered and my soul leapt for joy as I was drawn back into materialism.

Thankfully God ended that venture with the bankers crisis (that bit where they stole all the money and ran off to Bermuda)and my 200 million 'barefoot luxury' hotel project went up in smoke, wiping me out financially.

I thank God for that, because although it took me a fair few months to reconnect the line to God, and to undo all the error that had crept into my life, it was worth the pain.

Now we are back living by faith and 'loving it' so to speak, we work whenever we can, but it's back to 'tent making' and not making plans for the future, we minister where needed and permitted, help out in the local body and get to spend all day with God's Holy Spirit.

That's the best way to live. 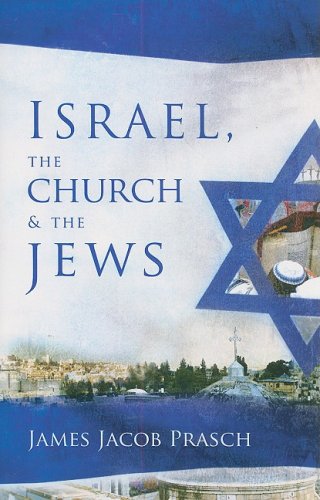 Israel, the Church and the Jews
Buy Now

Which bible do you study with?