They Are Hard To Believe, Aren't They?

Will the real myth please stand up?

My answer to: Why are Religious stories unbelievable?

I mean, come on, they are hard to believe, aren't they? What kind of person believes in gods, goddesses, angels, burning bushes, people going up to Heaven, flying horses, screaming little people waiting to steal your soul and exchange your body for some loathsome beastie that's going to look like you until the age of 18?

From time immemorial, all religions have had a mystical (or supernatural if you prefer) aspect to them. I cannot think of one religion (except possibly for certain Confucian strains) that lack such an element. Of course, it is taken for granted that a long time ago (like, centuries or even millenia) people were much simpler and, since they lacked basic understanding of things like physics, electomagnetism and germs, that meant that they were open to accepting any story as an explanation of the natural world. Believe it or not, my 10th grade World History teacher said pretty much that exact thing in reference to Greek mythology and Jewish beliefs about God. In a public school in 1982. But were they really that simple? Did they just believe willy-nilly that any old explanation for natural events, the more fantastic the better, would do?

Obviously, some of them did. Let's face it, there are some people today who seem the same way. Don't even try to tell me you've never known someone like that!

But let's not sell the ancients short, here. They weren't stupid people. If they were really that dumb, then no amount of evolution could have preserved the species. Groups of people were perfectly able to observe, quantify and replicate long before the "scientific method" came to be used as such. Peoples who took it for granted that gods and demons existed were nevertheless quite able to not only cultivate soil and hunt animals but invent tools and refine techniques. And yet, they still worshipped all kinds of deities, from polytheistic to monotheistic, from benign to whimsical to downright malevolent.

Nor frankly was skepticism an invention of "The Enlightenment." It's not exactly as if the phrase "I think, therefor I am," was printed and suddenly masses of people previously unable to think for themselves threw off all religion and became free, self-actualized entities. Even Herodotus (if my memory serves me) wrote about how one of the Hercules legends had its roots in an actual story about a wild boar that was terrorizing the countryside in Greece.

Which is a long-winded and somewhat roundabout way of getting to my answer to the question: Why Are Religious Stories So Hard To Believe?

The answer: it depends. It depends on which stories you're talking about, and with whom you are discussing them.

Now, what do I mean by that? Truth in advertising time here, I am a conservative Christian. You know, we call ourselves Evangelicals but those less kindly disposed dismiss us as "fundies." However, I'm not a Charismatic, nor a Pentecostal. Of course I don't believe in leprechauns, nor ogres, nor Pegasus. And I struggle with a lot of stories about visiting Heaven and hell. And contrary to what one wag once pondered, just because something is written in a book doesn't mean I'll automatically believe it!

But what I wrote about several paragraphs ago remains true, all religions have some mystical elements in them. Now, the tendency is to go to one of the extremes, either to get so caught up in the mystical experiences that they become the object of worship (the proverbial "holy rollers,") or go the other way and all but deny any supernatural elements at all. In Evangelical circles, this would be exemplified by people like John MacArthur, who teaches that the Holy Spirit has not moved since the close of the Apostolic Age. Of course true atheists go even further, denying any supernatural elements and deriding those who believe.

I have experienced supernatural events. Sometimes it's truly supernatural, what Christians call "being filled with the Holy Spirit." This is a euphoria that is unexplainable to those who have not experienced it, which includes other Christians. Sometimes it's something that seems mundane, but the timing and circumstances of the event make it difficult (if not impossible) to discount the Hand of God in the action. At least they do for me, though others might disagree. And again, I am not a "holy roller." I believe that Speaking in Tongues is not something that can simply be conjured, nor that happens to every single believer.

So, to reiterate, why are religious stories unbelievable? That depends on who you ask, and why!

Do you believe in the supernatural? 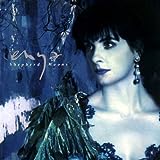