Too many thin lines stumble us on daily basis. Those lines are almost invisible between: misjudgment and perception, ego and confidence, fairness and revenge, having a sense of responsibility and drowning in excessive remorse, love and obsession, caring and over-protection, freedom and rebelliousness, niceness and naiveness … the list just goes on and on.

The Line between Misjudgment and Perception

If it were for me, I would have painted this line red, placed it next to a huge STOP sign to raise alertness each time I came near ‘Misjudgment’.  I would have altered humans' genotype to stop us from misjudging others.

I do realize that judging is a pervasive human nature that we seek to distinguish between the good and the bad, to select our friends and foes, and in certain cases to protect ourselves.

Nevertheless, I grew up hating and disliking anything that had to do with judging others. Perhaps because as humans we tend to judge ourselves by our intentions yet judge others by their actions, and to me that is far from fair.

We, and I do not exclude myself, judge others -be it family, friends, celebrities, politicians, and even nations- using our perspectives, our senses and most of all our code of ethics.

We sort people by putting them in categories. We judge them based on the traits we have attached to those categories. And the nicest of us try to keep their verdicts to themselves.

Nevertheless, personally I wouldn’t want to be treated as a raceless individual. Growing up as a Muslim female in Yemen impacts many of my traits and motives. You would fail to totally comprehend my actions without taking my race into account. In a matter of fact, my sentiments towards misjudgment are derived from the prophet’s teachings, Mohammed (PBUH).

“If you hear about your brother something of which you disapprove, seek from one to seventy excuses for him. If you cannot find any, convince yourselves that it is an excuse you do not know.” --Hadîth reported by al-Bayhaqî.

"Should you become eager to mention another’s faults, recall your own." --Ar-Rafi

We would fail to understand colleagues if our spectacles saw nothing but job titles, nationalities, religions or even genders. On a larger scale, we could ultimately harm others, even proudly, if they are nothing but the group, the collection, or the box we place them in.

It bewilders me to see individuals loathing strangers for no other reason than knowing that those strangers belong to a different group, a dissimilar coalition. That is why the most toxic hatred is not between individuals but rather between groups.

If you think about it, the nastiest crimes that make headlines are usually caused by unjustified hatred towards a particular cluster rather than an individual.

When treating collections, we have nothing but prejudice and underlying assumptions. However when treating individuals, we take driving motives and personal intentions into account.

Identity and Violence: The Illusion of Destiny (Issues of Our Time)
Buy Now

If you knew that the cheap friend you have been avoiding is saving to help his poor family, your definition of cheap would most likely change.

If you knew that the lazy supervisee you have been belittling is struggling to keep up with a demanding job when he/she is ought to be given a compassionate care leave, you would probably realize that the supervisee is far from being lazy. 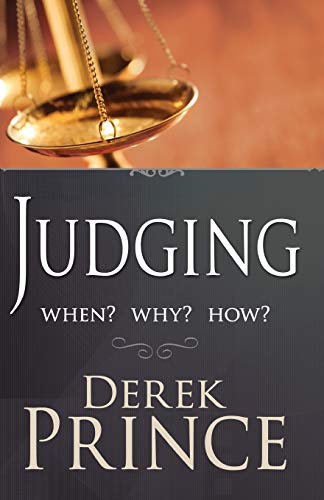 Judging: When? Why? How?
Buy Now

I am not claiming that all individuals are heroes. I am just saying that almost each incident we judge has: a purer intention, a higher motive that we shouldn’t neglect.

Rarely do we spend enough time to analyze the motives unless the action we are analyzing is too good to be true. In which case, we make an effort to find the genuine motive behind the good deed. How many times have you heard “I am sure something is in it for him/her” or “He/She only did this because … ”

Ulterior, selfish and even dishonorable motives do exist, but from God's mercy intentions are concealed and even psychology professionals wouldn't be able to specifically assert one's motives.

In other words, instead of diagnosing the un-diagnosable, why not rise to give people the benefit of the doubt under all circumstances especially when their actions are far from being destructive or catastrophic.