Things Do Go Bump In The Night

When we lived in Hillbrow, I was a kid of about 11 years old, we lived in a block of flats, right on the border of Hillbrow.

My parents were the Superintendents of a 14 story block of serviced residential flats, or apartments, this was at that stage a prestigious block of flats, as it was the newest as well as one of the tallest blocks then built.

At that period, Hillbrow, also had the nickname of being called the 'The Flatlands', because of the number of buildings within the some 1 and a half square miles within its boundaries.

Well I do need tell the you this

Back to the main point

All was peaceful and normal, until one day somewhere around the last quarter of that year, I was nearly thirteen. My brother was studying heavily for his up coming matric exams, it was midweek and we had school the next day, my folks were out.

My brother was in the dining room, and I was in the bedroom, reading or something similar.

The layout of the flat was as follows, we were located on the ground floor, a glass door, with a Yale lock separate us from rest of the ground floor, from the glass door we had a short passage of about five yards long, on the right hand side as you approached our flat was an open courtyard of about ten square yards. This was contained by a parapet wall across the back, on the right was the wall of the lift shafts, the opposite side was the brick walls of the adjoining property, the kitchen and the bedroom window and walls faced onto the court yard and the back parapet wall.

Any way, we were engrossed in one way or the other when the outside kitchen door opened and slammed shut with a sharp sudden force, this caused us both to jump, I can tell you, I blamed brother and brother shouted at me, but none of us was in the kitchen.

We went into the kitchen and found nothing that could explain what we had both defiantly heard. At that stage there was no television in the country, so no one could blame the late show.

We told my folks and got the usual leg pulling from them as they would not believe what we heard.

A couple of nights later, we were all home and the kitchen door did its thing again, but this time we had the added feeling of a presence of some one standing with us in the kitchen when we had all charged in. It was as though we had a person with us.

This would happen quite frequently, and we kind of grew accustomed, though not comfortable with this happening.

Then after a time we would be in the flat and the door would slam and then footsteps would be heard walking out of the kitchen, down the short passage to a t junction, taking the left hand branch and head down to my parents bedroom, and stop, again you could feel that space was being occupied by something.

My parents always kept there bedroom door closed, we did not just enter and would always knock or call if we wanted to go in.

This continued for a couple of months, until one day my folks had come home late from being out visiting friends, and brought back our local priest, who was sitting in the restroom, minding his own business, when the kitchen door, the walk down the passage to the closed bedroom door, that presence of someone there, and the slow walk out.

The priest, asked my folks if the realised what had happened, and why.

My folks then told all of us what had transpired; they had gone for an afternoon nap one Saturday afternoon. There was a load crash in our back court yard, my dad had rushed out and say that a young lady was lying face down spread-eagle in that courtyard, he charged into our house grabbed a blanket off the bed and quickly went to cover her body. She had it transpired jumped from seven stories up. Dad then had my mom phone the police and posted all the flat boys, as our building cleaning staff were called, on all floors to chase the spectators from gawping down.

Any way by the time we had come back from playing the police had been the body removed and the courtyard was washed down and polished. So we never heard about it.

Our priest then told my folks to go to sleep with their bedroom door open for the next couple of nights.

This they did, and on the third night the kitchen door did its thing the presence moved through down the passage, we all think she went in the bedroom, or at least crossed the threshold and was at peace.

She had needed to say Thank You.

Hillbrow was so named because of it being built on a brow of a hill, an outcrop of the same gold bearing quartzite that started the gold rush and gave birth to Johannesburg, that city of gold.

Hillbrow was the area that was used to house the influx of white Europeans, of all nationalities, that immigrated to our fair country. This area, like the rest of South African towns, Cities and Suburbs, were for the white South African residents and immigrants alike, its population at the time of me growing up, was rumoured to be, in the region of one and half hundred thousand people, within that 1 and ½ as square mile.

This was truly a cosmopolitan era, where languages and cultures bounced off the walls of buildings, and overflowed into the streets, coffee bars, discos and those unabashed displays of general dress, or as was often witnessed semi dressed, which passed of as part of the imported fashionable displays.

This was the kaleidoscope of the world as I saw it at that tender formative age of twelve going on thirteen.

Those days I did not posses the darkroom facilities, so was therefore unable to capture some of the antics, fashion and odd behaviours of the general population, as any photographs handed in for processing at the various labs, were governed by censorship, and would not be released. This included the bare female breast showing unclothed nipple. This and other body parts were always plentiful, as most Europeans worshipped the sunlight over here, and would sunbath, happily on their balconies.

If you enjoyed my hub of the strange, then have a look at these hubs as well.

There are others on the hub, I can not remember them, but Iam sure i will stumble across them and add them to the list.

What a Hub Without Some Cooked Meals? 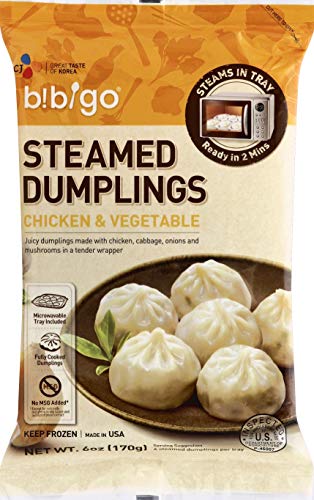 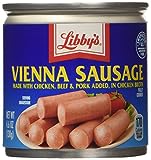 Afrikaans tutor the immigrant pupils with - Me

Afrikaans the other official language of South Africa, during that period, a joke now, as we have the honour of having Eleven official languages. So here we have a whole influx of other nations arriving here, and the poor children have to start off there schooling with a totally new language.

I some how became the un-official tutor to several of these immigrant children who were in my class at school, and was, it seemed, capable or willing to assist these kids with a new language.

Not that this was a hardship to me, as I have always been keen to learn about other people and of course, my favourite, even then, food.

So every other day I would be found in another country, so to speak, sampling various dishes, from various European countries.

Then the next might have been Greek, with the most magic creamy pasta cheese dish, which was like eating creamy hot cheese custard.

German, for what was the most divine thick Pea soup with German Vienna's floating in it, or potato soup liver dumplings, and maybe even both Potato and liver dumplings.

Hungarian would have been my first taste of goulash, a rich paprika flavoured stew, served with thick hot chunks of freshly baked breads.

So while sitting and eating our Afrikaans lesson would then cover the entire kitchen, equipment washing up, cutlery and what we were wearing, they would then be able to in part converse in Afrikaans.

After lunch we would then revert to the Afrikaans reader, to round off the daily lesson.

I am very proud to say, that in the one year, one of my pupils which I had been teaching, received the class prize for the most improved pupil in Afrikaans.