Two Hearts in the Snow

This photo on Flickr made me recall a similar happening on February 14, 2002 in my backyard at a farm in the Midwest where I and my daughter and her family wer

This particular Valentine's Day dawned gloomy. The snow, cold and ice we had received from December until now had made it one of our worst winters thus far. Thirty One inches of snow had fallen in December and most of that was still on the ground. January was cold with more snow and ice, and now February wasn't much better. When I, my daughter and son in law, and their children, purchased this farm two years prior we were all ecstatic! We had two homes right next to each other with five acres for the kids, dogs and cats to run, and it seemed like a dream come true for all of us!

In the beginning, living on a farm three miles from the main highway, surrounded by open fields and creeks offered such serenity it was very welcoming, but what seemed so wonderful in the warmer months was becoming very hard to bear throughout this winter.

The frequent winter storms were wreaking havoc with our electric lines, often leaving us without power. The propane tank we used to heat our homes seemed to always need filling and that was getting quite expensive. The cold weather was causing the old pipes in our homes to freeze up, and since we didn’t own our own snow plow we had to pay our neighbor to come plow out our large circular driveway more often than we had planned on. So as I awoke this Valentine’s Day I wasn’t feeling very cheerful.

Looking outside that morning, I saw my son-in-law drive off to work. His tire tracks revealed that it had snowed again overnight. After breakfast, I went out to check the propane tank, its level was low and I realized we would need to have someone come out to fill the tank again, especially if the weather started getting really bad. This meant I would have to write another big check for the fill and looking at my checkbook balance I wondered how much longer we were going to be able to continue doing this.

My daughter and I had a strong faith that God had brought us here and made our dreams of owning a farm together in the country come true, yet right now with the money so low and the snow predicted to begin falling again soon, I began doubting if God was even aware of us and our situation.

Sighing, I picked up the phone and ordered the propane. Then, to cheer myself up, I decided to walk across the lane to visit my daughter and grandchildren. As I entered their home, I was greeted by the sounds of my four little grand-children chattering as they busied themselves cutting out and gluing hearts to make homemade Valentines. I joined them to try and shake off the sadness I felt. “It’s Valentine’s Day, God!” I remember saying, “Please show us Your love.”

A Valentine from God

Just then, the propane truck drove up the lane to fill the tank. A short time later Matt came to the door to collect the amount due. I gave him a check, and as I walked back into the house I noticed my daughter looking out the kitchen window. “Come here!” she shouted “Look!”

What I saw when I looked out the window totally amazed me! There in the snow were two perfectly formed, entwined hearts, made from the tire tracks of the propane truck and my son-in-law’s truck.

There was no explanation for how it could have happened, so we just accepted it as a Valentine from God!

I felt this was an answer to my earlier prayer, as God did indeed show us His love on that cold, snowy Valentine’s Day.
My doubts were washed away by the tears of gratitude in my eyes, as I knew in my heart that God was aware of us and our situation, and that what He had brought us to He would bring us through, and in the coming days He always did. 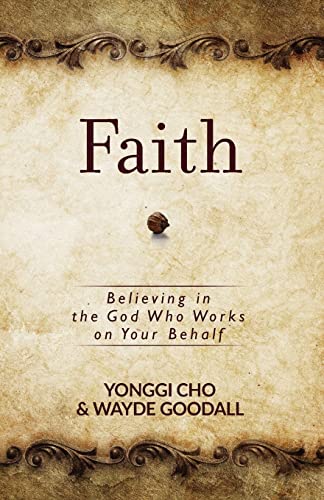 Faith: Believing in the God Who Works on Your Behalf
Buy Now