A Journey of Faith : Two by Fours or Stepping Stones

Two by fours or stepping stones? I have always been a person who wanted specific answers to specific questions. Answers like "Because" or "It just is" were just not the type of answers I could accept on their own. My questions have always been "Hows" and "Whys" and I wanted answers. 2 x 4s to the head. No Apologies.

When it came to matters of faith I was a modern day Agnostic Saul (minus the killing of Christians part). I loved to argue with "believers". I use the term "believers" because so many were not sure why they believed or even exactly what they believed. They were often suffering from Biblical anemia. They claimed to believe the Bible, but were quite often unable to defend their faith using the very book they claimed held the answers. Having read the Bible fairly thoroughly, as an agnostic looking for a good argument, I found it easy and fun the play "Stump the Christian".

As a Constitutional conservative who makes his living in outside sales, talk radio was a staple of everyday life for me. I was an agnostic conservative. One day a Jewish talk show host said something very simple, but so profound. Families actively practicing one religion generally raise children of faith. Those with two religions or no religious faith generally don't. Even though I was an agnostic, I always believed that faith, not necessarily religion, helped people maintain the balance between right and wrong. Her words hit me like a 2 x 4. I was a house of cards ready to fall.

I decided to find a good church to attend. One that was a no "bells and whistles" church. Just from the Bible and nothing else. I want one where they truly believed what they claimed to believe. I wanted to attend for one reason and one reason only...my children. I wanted them to have a better chance at having a strong moral compass. It wasn't, initially, about "knowing God" of anything like that. It was so my kids would "catch" that faith thing. To make them better people. I was strictly a means to an end for my children. A Stepping Stone.

From there, like so many before me, I start to find answers to long unanswered questions. I also forged new questions. Some answers were small and some much bigger. The answers were substantial and were far from the "because" and "it just is" answers I so loathed. They were specific, well grounded and found in the Bible. More stepping stones.

A Change in the Direction of the Journey.

I began to dig deeper into the Word. I wanted to understand more. I even, in a feeble way, began to "pray". It was not a bended knee ask for salvation prayer, but a wanting to know one way or the other "what is Truth?" I needed to know if all of this was true. The "eternal" aspect was, and is, too important to remain unanswered. I needed to know for myself and for my children. The journey changed from an intellectual endevour to a spiritual one. Stepping stone.

Evidence That Demands a Verdict: Life-Changing Truth for a Skeptical World
Buy Now

Do you get it?

The Wednesday before that Easter, as I listened to a local Christian radio station, I was driving down the road. I was asking, in that praying way, "I need to know...one way or the other...what's next". I had one more 2 x 4 coming. At that moment a song came on that had that "Cat in the Cradle" feel to it. I immediately gave the song my full attention. The chorus was, "I want to be just like you, because he wants to be just like me". He was seeking Jesus as his guide through life because he knew his son was following him. He needed the right guide so he could be the right guide. I had come full circle. It was the original purpose for beginning the journey. I heard, not audibly, but clearly..."Do you get it?" I got it. I knew He was real, His message of salvation was real and I needed Him. I pulled over, tears blocking my vision, and asked Him to forgive me and set me free. 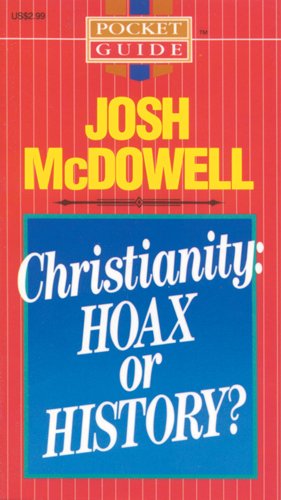 I had, at that moment, found the most important stepping stone of my incredible journey. The Bible calls this stone...The Rock. His Word became like a new book. Answers were clear where they had once been veiled. There was peace, a guiding light, meaning and purpose. I am still a man who wants real answers to my questions, but I prefer stepping stone to 2 x 4s. He offers strength when I am weak and guidance when I feel lost. When there have been times in my life when I don't feel Him near, it because I moved, not Him. The journey continues. My walk is not always as strong or as straight as it should or could be, but in my heart AND mind I know the Truth.

Who reads this Hub?