The concept of the spirit has been with us since the beginning of recorded time. All over the world, different cultures are ripe with traditions intended to keep departed spirits content and out of trouble.

The modern holiday, Halloween, has roots in this philosophy. The trick-or-treaters used to represent spirits of the departed and the candy received was seen as offerings to the ghosts as a way to keep them content. The decorations themselves, jack-o-lanterns and scarecrows, were once believed to scare nasty disincarnates off. As we know, precautions like those don’t always work.

Although everyone loves a good, scary tale, paranormal events are generally far less dramatic than our story tellers might have us believe. With the upsurge of interest and rational thought, categories of spirits which help to explain what’s going on have been determined. Having a better idea of why the strange events have been happening often helps get rid of unnecessary fear.

An intelligent spirit is also known as a traditional haunt. In short, this variety of ghost is a human spirit which is bound to a place and can communicate with the living. They seem to experience current events as they happen. Each spirit has a distinct personality and very different motivations for sticking around. Common reasons revolve around fear, longing, possessiveness or love.

There have been EVPs, or electronic voice phenomena, captured by people who speak English in parts of the world where these entities shouldn’t be able to know that language. Interestingly enough, these spirits would sometimes respond in kind. This would indicate either an ability to tap into a collective unconscious or to learn a new language after their bodies had died. 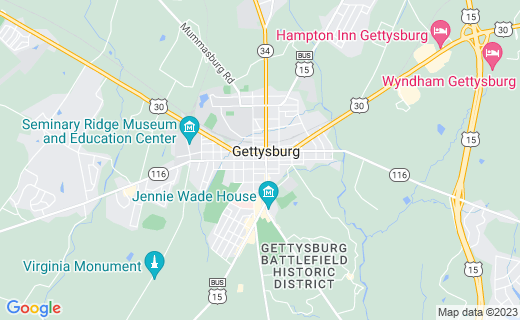 It could be argued that this type of haunting isn’t really a spirit. These beings go through the motions of certain events automatically, without acknowledging anyone around them. Often, footsteps are heard at regular times during the day, or an apparition walks down a hall and into a wall as if they were simply going through a doorway. This phenomenon is often compared to a movie, because people who witness it can’t interact with the players or change the sequence of events.

The battle of Gettysburg replaying over the killing field is an excellent example of these types of spirits. Although soldiers can be seen and heard, they aren’t able to see their living spectators.

The word poltergeist itself means ‘noisy ghost’, and stems from the German. This is the term for when physical objects seem to move under their own power. Although the phenomenon my have ghost in its name, “geist”, it is not necessarily because of a spirit that it happens.

One theory is that this phenomenon could actually be because of unconscious telekinesis. It’s common around young girls going through puberty and people suffering from immense emotional turmoil. I’ve experienced it as well when too much negative energy builds up and stagnates in my home. For me, I’ve always found a simple smudging takes care of the problem.

However, it could also result from an intelligent spirit looking for attention. Because of the energy needed to influence the physical world, this incidence tends to be pretty rare.

As possible as it is for a spirit to attach to a place, it is equally possible for one to attach to a person. This is a somewhat frightening concept because it is so invasive and personal. Most of the time, people don’t realize they have an attachment but can still feel the effects. Signs of an attachment can range from unexplained mental illness, sudden addictive behaviors, and symptoms of sickness without a cause or an increase of paranormal experiences wherever they go.

The vast majority of time, a spirit is completely human and had latched onto the individual because they had been drawn to them. Common reasons are that the individual has similar personality to the entities, reminds the spirit of someone from their past life or the being has a desire to live vicariously through them. There is also the possibility that the being could be using the individual as a sort of living battery. Often, victims of these phenomena have some amount of untapped intuitive ability or empathy, which can be seen as an opportunity for a spirit craving attention.

We’ve all seen those ads on places like Ebay for haunted or possessed dolls. Although some of them are pretty scary looking, there’s no way to prove the alleged phenomenon until you hold the item in your hands. Many times, it’s just a creepy toy when the package arrives.

However, it is possible for a spirit to latch on to an object. Usually, it involves some sort of emotional event. Favored toys of children who had passed too early, jewelry given by lovers or passed down through generation are all good candidates.

Signs of this involve heightened paranormal activity in the home after the purchase. Sometimes, the object itself emits a strange feel which could range from odd sensation against the skin or an unexplained change in temperature. It is theoretically possible that the object itself might have an odd electromagnetic signal as well.

Many cultures have stories about spirits taking the living to their worlds. This type of mythology has inspired countless modern stories, like Pan's Labyrinth and episodes on shows like Supernatural.

First and foremost, this is by far the least common type of haunting. The vast majority of people, even those who seek out paranormal experience, may never meet these beings at all.

However, they are still possible. Although demonic spirits are the most well known, thanks to Hollywood, things like elementals, angelic beings and thought forms can influence the living. Like all of the other types of spirits, these are not always necessarily bad. They can still be very frightening because the physical and emotional impact is usually stronger.

The darker causes of these types of haunting usually involve a long history of continued, intense negativity, like that found in areas of torture, genocide or continuous war. More positive causes can be a strong desire for protection by light beings or a strong alignment to a natural environment.

Although most spirits can’t cause you physical harm, they can still be very difficult to live with. If you ever get to the point of needing help, there’s no shame in contacting a paranormal research group or a trusted religious advisor, depending on your beliefs and comfort levels.

Have you ever witnessed any of these types of spirits? 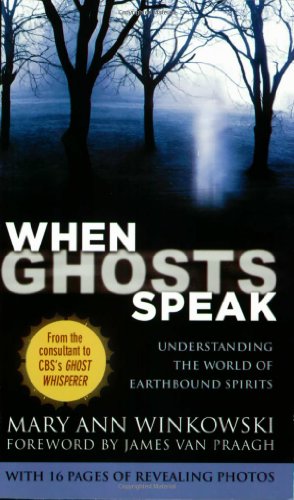