Aliens and UFOs have been a source of fascination and speculation for human kind for centuries, and for good reason. Below are some of the most commonly asked questions about these mysterious aircraft and related phenomenon.

The acronym “UFO” stands for “Unidentified Flying Object”. If you were to go by that alone, then yes, UFOs are indeed real. That’s what makes them so fascinating, though. When you see or hear something you can’t explain the possibilities tickle the brain.

A more appropriate question might be, “Are UFOs alien aircraft”? At this point in time, there’s no definitive answer to that. However, the official reasons are usually one of the following –

Odds are, at least some UFOs can be explained by what is listed above, but there have been many events which discounted all rational explanation.

How do I report a UFO?

According to NASA’s web page, you should report UFO sightings to 911, or your local emergency number. However, there is no official government agency that is responsible for investigating sightings.

If you are a professional pilot, it’s advisable to only discuss your sighting in public while out of uniform and not to disclose the company you work for. Many pilots have lost their jobs because they made the mistake of making their affiliation known.

Unofficial organizations like MUFON are available to discuss and investigate your sighting. Another good option is to look into radio shows like Coast to Coast AM. Their web page offers a place to share your story and hosts many others on the topic.

If you do happen to see a UFO, get a picture of it if possible, and call someone else over so your story can be backed up. It’s also important to record the time, date, place and conditions in the area of when it happened as soon as you can. Try to write down sounds, abnormal wind and describe its movement, distance, color, shape and size as closely as possible. That way, you’ll be better able to find corresponding reports later and have something to refer back to when relating the story again.

When was the first UFO seen?

The first recorded UFO sightings were in cave paintings from 47,000 BC in Hunan and 20,000 BC in France. It’s safe to say that they’ve been around for a while.

Many religions have record of UFO-like occurrences in their holy books and stories, including the Bible and many Indian texts. There have also been many archeological finds from around the world with similar stories, images and customs. These similarities are puzzling because at those points in time, the cultures had no way of communicating with each other.

However, UFO photography started in 1870, when a picture was taken by a climber on Mt. Vernon. The term “Unidentified Flying Object” was first coined in the 1950s by the head of Project Blue Book, Captain Edward Ruppelt. Project Blue Book was the US Air Force’s agency in charge of investigating UFOs and alien reports. 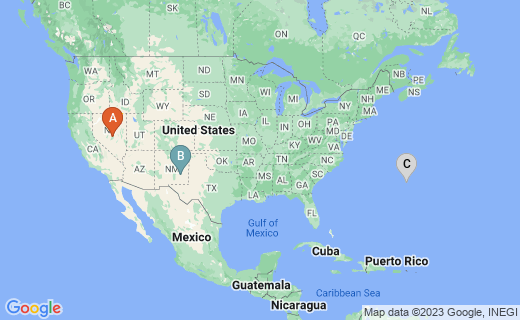 Where can I see an alien aircraft?

Although there’s no sure-fire way to see a UFO and less probability of knowing for sure that it’s alien technology, there are certain areas of the world which are renowned for UFOs and uncanny events.

As evidenced by the Phoenix Lights appearing over Phoenix, AZ in 1997, mass UFO sightings are possible. The best way to spot a UFO is to watch the night-time skies as often as possible, and like watching for stray shooting stars, don’t concentrate on only one part of the sky. They can show up anywhere.

Will There Ever Be Government Disclosure?

There have already been a number of formerly classified files made public, but there are many more still kept under lock and key. Civilians may never know if they’re kept hidden because they indicate alien life or if they’re something more sinister, like frightening new weaponry.

Some governments, like those in Argentina, Germany and the United Kingdom have also disclosed UFO information. Those and other countries outside of the United States are more open about discussion about this topic.

At this point, full disclosure is uncertain. Television networks like CNN and Fox News have covered the topic, and there have been rumors about revealing all of the information gathered for years. However, it has yet to happen.

There are often UFO sightings around crop circles. One of the prevailing theories is that these circles are either messages from aliens or what’s left over from when an aircraft landed briefly.

We do know that at least some of the circles have been made by human artists and pranksters. There is no definitive proof that crop circles are of alien origin, but many of them are uncanny in their intricacy and mysterious in their meanings. There have also been stories of them showing up too quickly for any group of humans to complete one.

Was there really a crash in Roswell?

According to many UFO researchers, the incident in Roswell wasn’t of alien origin. The official government explanation is that what was retrieved was an experimental radar tracking balloon. The injured bodies found were of Air Force soldiers injured in the crash.

However, many residents remember a massive military operation to retrieve the object, and quite a few still insist that it was, in fact, an alien aircraft that hit on that fateful day.

Alien craft or not, everyone can agree that something out of the ordinary happened in Roswell and the town has become famous for the controversy.

How long has the government been involved with UFO sightings?

The first recorded governmental involvement with UFO investigation was in WWII. American fighter pilots would often notice unidentified orbs which would trail them, fly with them or circle them as they made their rounds.

They had no idea what to call them, so the orbs were dubbed “Foo Fighters”. Incidentally, the modern band, “The Foo Fighters” got their name from these strange phenomena.

There are still reports of crafts like these orbs which trail or circle aircraft today. I couldn’t find any sort of rational about what caused these balls of light from WWII.

One of the problems with asking questions about this subject is the tendency only to get more questions in reply. This does not mean, however, that we should stop pressing for answers. The only way anyone will gain knowledge is through independent thanking, asking questions and talking about taboo subjects like this one.