What if Jesus was an alien?

There was an alien spaceship that was exploring space. This spaceship encountered a planet with a very primitive culture and they thought it would be interesting to investigate. They launched a shuttle craft and sent three explorers down to the surface of this strange new planet. While the explorers were on the planet something happened to the mother-ship. 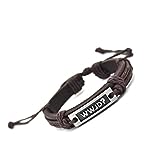 There was only enough time for an artificially intelligent robot to gather some genetic material from one of the crew and escape to the planet's surface. Once on the planet the robot encountered a young girl. Since the robot communicated telepathically, it was able to communicate to the young girl in images in her head. Many of these images she did not comprehend. She understood this strange and angelic creature needed her for some great and desperate purpose. She agreed to the creatures request saying, "let it be done to me as you say". So the robot artificially inseminated the young girl, whose name was Mary.

Soon afterwards the three explorers contacted the robot, it left Mary to go to the explorers. When the robot found the three explorers it downloaded everything that had transpired on the mother-ship and on the planet. The three explorers, knowing that the bacteria on this new planet would kill them within a year, without the intervention of their technology, decided to allow the pregnancy to take it's course.

They hoped to find a cure for themselves in the blending of the two races. Understanding that the young girl was in dire consequences, an unwed mother was killed in this primitive culture. The three explorers came up with a plan, and once again using the robot to communicate telepathically, they asked a young man to marry the young woman. He, like Mary, didn't really understand all that was communicated to him. He did understand that something very important, was being asked of him, by a very great and powerful being. A being never before seen by the likes of him, so he agreed to what was asked of him as well.

During the pregnancy the explorers came to understand that there was no hope for them. They used a device that created a homing flare to locate the young girl and her unborn babe. They followed the flare and found Mary in a manger. They gave to her gifts they had come to possess on the planet, and secretly they downloaded their history and technology into the young child's brain. The technologically advanced tools they had with them they made sure would be given to the child when he was old enough to use them.

The child grew to be a great sage, a wise and holy man. So great was he, that in time, he changed the entire world. Unfortunately the people in power at the time of his coming, were not about to allow him and all his great knowledge unseat them from their power, their control, over the people of this primitive planet. So they killed the great wise man.

What If Jesus was an Alien?

***What makes more sense to me is that God, being the immortal, vast, all-encompassing being that God is... would have had many offspring, many children, not just one...perhaps a "Jesus" for every civilization in existence... not just here... not just for us... but for all the lifeforms on all the planets in all of the galaxies in God's never ending kingdom... That to me sounds like the being I have come to know and love... The being that I know exists, the being I know loves us.***

IF Jesus turns out to be the biggest hoax in the history of humanity. I am comforted by the knowledge that we still have God. IF Jesus was an alien, and his miracles were nothing more than the use of advanced technology. I find comfort in the knowledge, that we have proof, we are not alone in the universe. There are other "peoples" out there. Highly advanced, wise, and knowledgeable peoples, and they too, believe in God. Because whether Jesus was "the Son of God", or just a visitor from far away, the message remains the same:

God is, God loves us, God believes in us, God is watching over us, and God is seasoning us.