What is the Evolution of Your Consciousness

Evolution of Your Consciousness

Consciousness comes from the Sanskrit (ancient language of India) word 'chit' that means true consciousness. You can say that this is a new word for the word soul. The soul has no beginning or end and no birth and death.

So the evolution of consciousness is the soul going back to its source. The closer it gets back to the source, the more the person feels those feelings that he wants to feel. The further away he goes then the less he feels of these emotions like happiness, love and peace.

The more consciously evolved someone is, the less they are trying to find happiness from the pleasure of eating food. This is why you have people like Jesus, Moses, Buddha, Gandhi and others fasting for weeks.

Life has been designed to help people go in this direction. But if they fight it, everything becomes much harder. What people are looking for is at the center of their being. So the process is about getting rid of the other stuff that is burying the treasure that is inside of them.

Picture of St.Francis in Brother Sun, Sister Moon song in video below

A good example of this is falling in love with someone. This is not about what you think of a person but how you feel about them. It is a unique experience that you have to feel to know what it is like. But it feels like something magical is happening.

This is such a powerful experience that people will change their whole lives over it. For example instead of living by yourself, you are now living with a wife and 3 kids that she had in a previous marriage. Also she now owns half of everything that you own. Many people will stay married for their whole lives.

Also many will get divorced and marry someone else since feelings can change. If you look up the most popular actors and actresses you will see that most are married or have been married. So they are very famous and have lots of money but they are subject to this feeling of being in love.

Part of what you learn in life is that this feeling of love or being in love has a flip side. The more that you love someone, the more it hurts if that person leaves you, rejects you or dies. The world around us is loaded with the opposites where if you have something and lose it, the pain is directly proportional to how good that thing made you feel. This also includes pets.

I remember this old woman was crying and told me that her dog had cancer and had to be put to sleep. She said that her dog was her best friend. But the evolution of your consciousness is where you can have these great feelings that come from your soul or consciousness. Some people try to accelerate this by denying themselves pleasures of the world.

For example monks and nuns will take a vow of poverty, chastity and obedience. This means that they are not supposed to have riches, relationships or do what they want. They are looking for this experience that comes from inside that Eckhart Tolle calls being in the present.

A movie that tries to show this feeling that Eckhart Tolle is talking about is a Catholic movie called Brother Sun, Sister Moon. It is about St. Francis of Assisi. This is my favorite spiritual movie.

So I had arranged for these 2 women to watch this move (Brother Sun, Sister Moon) with me. They were looking forward to it since I told them how great it was. When it was over, both of them said that they did not understand it. It is about this feeling that comes from inside that has nothing to do with the world at all.

St. Francis, in this movie was having this feeling or experience that Eckhart Tolle calls being in the present but there is no mention of these words. But here is what he says at the end of the movie quoting the bible (Jesus is saying this):

Set your mind on God's kingdom and His justice before everything else, and all the rest will come to you as well. So do not be anxious about tomorrow. Tomorrow will look after itself. Each day has troubles enough of its own.

Some people complain about Eckhart Tolle saying that what he teaches in not original and can be found in Buddhism and elsewhere. Well the above shows that Jesus was teaching this also. But what makes Eckhart Tolle special is not that he teaches this but he is having that feeling or experience in his life.

His critics also say that he says that even though this feeling has been around for ages, it will become more widespread in the future. Well it is nice to be positive about the future but this is not living in the present. If there is reincarnation than Eckhart Tolle could have been St. Francis of Assisi in a past life.

So if you can understand this movie, you will get a better idea of what he is really talking about. The idea is not to get caught up in the words that he uses. For example someone else can say the same thing but use different words like saying that the goal in life is to get to the point where you are feeling like you are in heaven all of the time.

As far as yoga, Wikipedia used to say (under yoga philosophy):

In all branches of yoga, the ultimate goal is the attainment of an eternal state of perfect consciousness.

But suffering has no minimum. So even the slightest bit of suffering is suffering. So what would you feel like if you had no suffering at all. You would feel absolutely perfect. So there is a feeling like this that exists but it is inside of you not in the world. You can also say that it feels like being in heaven. Eckhart Tolle says:

You find peace not by rearranging the circumstances of your life, but by realizing who you are at the deepest level.

Stop looking outside for scraps of pleasure or fulfillment, for validation, security, or love – you have a treasure within that is infinitely greater than anything the world can offer.

For more on this subject see Is the Key to Happiness Being in the Present Moment. Here is another article that deals with the above. Eckhart Tolle uses Buddhist examples in his books. This article tell about how close the teachings of Buddhism and yoga are. See The Heart of Buddhism.

A New Earth by Eckhart Tolle 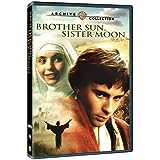