Why do churches fail?

wilderness posted this comment on a forum page, as I replied I realised that this was more a hub than a comment.

"Maybe the answer is to remove the churches, not the 1%. Without the church the 1% will fade into obscurity and not be replaced.

As you say, it is not the church that typically does good, is is those few in it that follow the dictates of Christ. Or Buddha, or whatever."

OK, I will disregard the Buddha comment, I know many nice Buddhists but discarded the religion many years ago, in the same way I discarded socialism, as I discard any religion or political concept that removes Christ from the equation.

The enemy has always attempted to divert attention from Christ.

Ages before Christ ever came to save humanity, the enemy was planting false religions to emulate all the tenets Christ brought together in one place.

The enemy will allow you to follow whatever turns you on, as long as you delete Christ from the scenario.

If you took away all churches, believers would still meet in fellowship and unity, but that presents it's own problems.

Let's say someone starts meeting with other believers, we exchange viewpoints, and start reaching out to the community with ministering the words of Christ into their lives, people get released from their bondage to the human condition, they start joining us in our fellowship.

Soon those who show more wisdom and discernment are looked upon more favourably by those who are new to the faith, and those people are perceived as the leadership.

Eventually the 'body' decide they need a 'pastor' and 'select' someone who they believe has been anointed by God to guide them.

The new pastor needs help, so they turn to the other 'anointed' leaders and we then have the 'Elders' back in place.

Now, as the body grows and the outreach to the community brings in more members, the leadership realise that they need a larger place than the pastors living room to meet in, so they hire or buy a building.

Hey Presto, we are back with the church, complete with a leadership and a congregation, which in itself is not a bad thing, because the leaders are all anointed men of God with wisdom and discernment, and lead well and honourably.

But leaders age and retire or die, or move on to other fields of ministry, or break under the strain of leadership and fall out of ministry, sometimes for all time.

Slowly the corruption will seep into the body, as it grows too large for the pastor to KNOW everyone personally, to be able to know what their problems are and deal with them, and the congregation have been split into 'house groups' with leaders who deal with them.

The pastor finally has reports rather than contact with his congregation, and has leadership meetings to discuss new initiatives to grow the church.

His intention was the perfecting and the full equipping of the saints (His consecrated people), [that they should do] the work of ministering toward building up Christ's body (the church),

[That it might develop] until we all attain oneness in the faith and in the comprehension of the [full and accurate] knowledge of the Son of God, that [we might arrive] at really mature manhood (the completeness of personality which is nothing less than the standard height of Christ's own perfection), the measure of the stature of the fullness of the Christ and the completeness found in Him.

So then, we may no longer be children, tossed [like ships] to and fro between chance gusts of teaching and wavering with every changing wind of doctrine, [the prey of] the cunning and cleverness of unscrupulous men, [gamblers engaged] in every shifting form of trickery in inventing errors to mislead.

Rather, let our lives lovingly express truth [in all things, speaking truly, dealing truly, living truly]. Enfolded in love, let us grow up in every way and in all things into Him Who is the Head, [even] Christ (the Messiah, the Anointed One).

For because of Him the whole body (the church, in all its various parts), closely joined and firmly knit together by the joints and ligaments with which it is supplied, when each part [with power adapted to its need] is working properly [in all its functions], grows to full maturity, building itself up in love.

......are small bodies of believers, and when one grows larger than where those who form it know everyone and everything about them, we need to send out a small number to start afresh, on their own, able to draw on their fellow believers for support and guidance, but NOT a sub division of the 'parent' church.

The rot starts when we grow larger in anything, be it a business or a ministry, large brings economy of scale, but it also brings degeneration guaranteed, because those who have the ability to create, are normally lousy managers,and those who make good managers cannot normally create and sustain originality, they are cookie cutters and cookie cutters follow the rules, they do not exercise wisdom and discernment.

So create and move on and make sure that you encourage those bodies so created to stay small and connected.

The relevant scripture is the instruction that we (believers) are to bring all those we meet to the 'fullness of Christ' which in turn varies as an instruction dependent upon where those we meet are at in their faith, at that time.

Basically we are to help people to get closer to Christ, and in the process make ourselves redundant.

Just as with our children, we are to teach them to walk and talk with understanding, care for them as they make their mistakes, and be ready to assist when needed, but to let them lead their own lives, always there if needed, never imposing upon them our version of what is right, but able and willing to show them where they went wrong if requested.

As the saying goes "Preach the gospel at all times, if required, use words"

Finally, when we have managed to make ourselves redundant, be willing to learn from them, when they exceed our wisdom and discernment.

In every encounter with a fellow human being we meet, we must be prepared to either bless them, or be blessed by them.

Who will you bless or be blessed by today?

Looks to be an essential read... 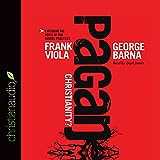