2012? Ascension on 21 March, 2013 according to George Kavassilas? Why do people want to ascend or the Rapture?

There is increasing talk about what is supposed to be happening as we enter the fast-approaching future, a future based on various religious prophecies and New Age and mystical belief systems. Many people were looking to the Winter Solstice of the year 2012 as the time that it will all happen. Many thought this was going to be the end of the world but I didn't think so and was proved right.

George Kavassilas, who claims to have had many contact experiences with extraterrestrials, is saying that the 2012 date was wrong and that the real date is 21 March, 2013 (which happens to be my birthday). At that time he claims that half of humanity are ascending into the fifth dimension with Mother Earth who is also ascending and becoming a being of light. All those who fail to ascend he says are going to other planets. .It will certainly be a birthday unlike any other I have ever had if he is right!

Are you ready for the Rapture?

Buy books about the Law of One 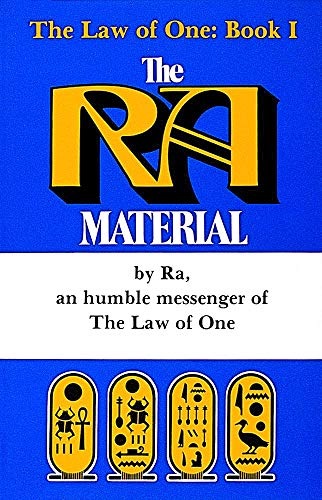 The Ra Material: An Ancient Astronaut Speaks (Law of One)
Buy Now

Countless Christians are looking forward to "the Rapture" in which Jesus returns. Meanwhile some believers in alien beings are looking forward to contact with extraterrestrials and travelling to other worlds as we join a galactic federation, and yet other people believe that this planet and some of us living on it are being transformed or ascending into a new state, or a new density.

I would welcome contact with extraterrestrials too, as long as they are friendly, but I don't personally feel any desire to travel in the stars or leave living on this planet. I am happy enough living here.

Author and researcher David Icke is not alone in talking about how the frequencies are quickening and is looking forward to a change to how we are currently living in a world of illusion.

David's first book about conspiracy theory and alternative history was called The Truth Vibrations, which he claimed were quickening.

Author, UFO researcher and regression hypnotist Dolores Cannon is actually predicting a new Earth and an "old Earth" on which all the bad people and the problems that we have been facing will be left to continue, while all those who are ready for the new way of living will find themselves on the new world, which will be a duplicate of this one but minus all the problems.

Other people, who are followers of the channeled messages that make up the Law of One and Ra material, are looking forward to "the harvest" and moving up a grade into fourth and fifth densities.

What is another density? Basically it means another frequency or vibrational state, another dimension. This is the dense material world of third density.

Jehovah's Witnesses are looking forward to a paradise Earth again after Armageddon as well as a Heaven for their "Annointed Ones."

Only these "annointed ones" get to go to Heaven, whereas the majority are known as the "great crowd" and they get to live in Paradise here on Earth.

Most authors and researchers of ufology, alternative history and conspiracies are talking about major Earth changes including pole shifts, movement of the continents, terrible flooding, earthquakes and other natural disasters on a massive scale. Some others are predicting open contact and interaction with aliens, including mentoring by these beings.

What strikes me as very odd about all these systems of belief and prophecies is that they strongly imply that people are not happy with this world. If they were happy here why would so many be looking forward to transformation or leaving this world behind?

Why are people wanting to go to Heaven or make new homes in the stars? Is life here that bad? Why do so many people feel this way? Why do people feel a need for "Ascension"?

Now I would be one of the first to say I would love to see all the wars, crime, poverty and disease and other terrible problems that people face eliminated from the world but otherwise I think this is already a paradise.

I would be very content to carry on living here. I don't feel any need to be transformed into a higher frequency or to "ascend." I don't feel any desire to travel to other planets or to journey through outer space. I really think this world is a wonderful home if it wasn't for all the problems caused by people.

So what will really happen I wonder?

George Kavassilas doesn't seem to think that any of us will be able to stay here on the planet as it is. It is either ascend to the fifth dimension or go to another world as I understand him. I very much doubt if he is right though. What do you all think?

George Kavassilas - Ascension: Half of humanity ascends to the 5th dimension