God's Method of Communication: Why God Speaks To Us Through Scripture

There are four links in the chain “from God to us” concerning His revelation to man through the Holy Scriptures. These are:

The Four Stages of Biblical Transmission

Why Write It? Why Not Use Some Other Method?

Why would God choose written language as a means for the communication of His message to us anyway? There are several potential answers for this, but it is best understood by examining some of the options: 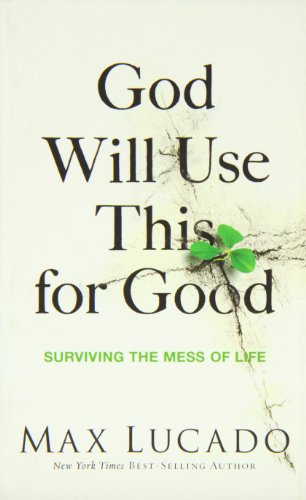 God Will Use This for Good: Surviving the Mess of Life
Buy Now

It is simply impossible to know exactly why God chose to use written language to communicate His message. Perhaps God chose the medium that He did because it was truly the most suitable format for God to correspond with man? Perhaps written words are somehow intimately intertwined with the very nature of God? Some of the reasons why God might have chosen the use of this method to deliver His message across all ages and to all people might include the following:

It would seem that despite its limitations the written word would appear to have been the most practical choice for imparting the truth of God since it is more easily preserved and presented in a precise, concrete, and tangible format than most other means imaginable. Certainly, it is much more efficient than the constant invasion of heavenly beings or the individual messages necessary to communicate to all people in all ages, much more easily recalled to mind by creatures of such short memories, much more useful than the erection of a monument, much more universally meaningful than “personal revelation”; and much more revealing of the humble nature of a truly benevolent Creator than some of the methods men might be disposed to think are seemingly more adequate.

A General Introduction to the Bible
Buy Now

Wegner, Paul D. The Journey From Texts To Translations. Baker, 2004

Wegner, Paul D. A Student's Guide To Textual Criticism of the Bible: It's History, Methods and Results. Inter-varsity Press, 2004