In India, 'Naga Panchami,' the festival meant for Serpent worship, is celebrated every year. The Serpent or the Cobra god images carved on stones are smeared with Turmeric powder and bathed with milk, honey, tender coconut water and decorated with flowers.The people pray to Serpent god for the sake of birth of children, their progress and prosperity.

There is also another kind of worship or celebration related to the same Serpent God. South Kanara district of Karnataka is famous for the Dakkebali celebration. Dakkebali and Nagamandala is a kind of worship and dance ritual forms practiced in Tulunadu (region where most of the people speak Tulu language) of Karnataka, India. Dakshina Kannada region boasts of a variety of folk dance forms which are not seen anywhere in India.

This kind of Serpent or Cobra worship done by the people in South kanara District is also called as ‘Nagaradhana’. Serpent worship, believed to have originated in erstwhile South Kanara. In simple words 'Naga' means Cobra snake or serpent and 'Mandala' means the traditional design of a big serpent on the ground. It is very beautiful to see this colorful Mandala drawn on the ground. Dance is performed to the tunes of a traditional drum namely 'Dakke' & a special instrument named 'Naga Swara'. On the other hand beautifully laid 'Mandala' and decratiove flowers add to the attraction. A unique worship where the participant dances artistically while he imbibes the serpent God into his body. Sometimes, they also hold fired wooden sticks and point it towards several directions and then skywards. Serpent worship although not very common in North India, it is a well-known worship in southern part of Karnataka, especially west coast region. The beauty of such an event is that it fulfills the religious faith giving an artistic look with 'Snake Dance' followed in coastal Karnataka & Kerala.

Performers are a group of people who are called Vaidyas. Possessing is also called 'Avesha' here. 'Nagamandala' is performed by two groups of performers; the 'Paatri' who gets possessed is the serpent God. The second group is known as 'Nagakannika'. The 'Nagakannika' is supposedly a female serpent. This character is identified as 'Ardhanaari' or 'Nagakannika' who dances and sings around the Mandala( Serpent drawing,drawn on the floor with natural colors).The ‘Paatri’ gets possessed with the serpent God by dancing to the tunes of 'Dakke' around the 'Mandala' holding Areca flowers in his hands. Sometimes, he rubs those Areca flowers all over his face.

It is a different kind of experience to see this kind of a snake worship.Once the 'Paatri' is possessed the serpent God speaks through the 'Paatri'. People from all walks of life come to see this unique celebration. They seek solutions to their problems, where serpent God is believed to be answering their questions.This session of the event when questions are asked is typically called 'Prashne' which in Kannada language means question. 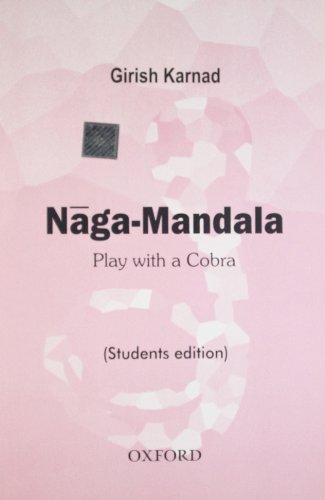 Dakkebali is held in many places of South Kanara district. Padubidri Brahmasthana, one of the most sacred places in the South Kanara region, is very close to Mangalore city. Amidst a dense forest the deity 'Khadgeshwari' or so called goddess Vanadurga resides. Dakkebali held once in every two years is one of the major events held in this region. Dakke, a small instrument, made of bronze and leather, is first placed in the holy place and then played
by the possessed pathri moving spherically. Devotees carry their offerings, called 'Pude' in Tulu language, from the famous Padubidri Maha Ganapathi temple to the Brahmasthana, in a long procession, spanning more than a Kilometer.

This kind of a bi-annual worship is held during the certain nights starting from usually 14th January to 2nd week of March, except during the year when ' Paryaya Utsava' at Udupi is held. People who come to view this kind of an event are served with tasty and traditional food. During 'Naga Mandala' if any of the attendees goes back to their places with some kind of dissatisfaction over the event, then the entire event is believed to be fruitless for those persons.This ritual always starts in the night and continues till dawn. At the end, the entire decoration around is pulled apart and everything on it, including tender coconut, flowers, fruits are offered to all the crowded devotees.

Dakkebali and Nagamandala celebration totally indicates a divine union of male and female Serpents. This is believed to make these snake gods happy and shower blessings to the people who conduct it.

To learn more about Serpent dance and interesting facts view this famous blogspot mentioned below: