Linda Hahn is an excellent writer and a passable researcher. She has a blog too!

Was That A Ghost?

This is where I saw the ghostly truck, at the old Carquinez Cemetery. My dog and I were out for a walk when we saw the ghost truck. She looked over at it the same time I did, then she looked at me; and at the time I saw it, I believed it to be a funky old truck. That's why it caught my interest. I get a kick out of classic autos, trucks in particular.

Ghosts aren't just for Halloween anymore. Grab a chill now. Ride in a haunted truck. Walk in a haunted cemetery.

Katie and I had a longstanding walking routine that took about forty minutes. We would first turn toward the main street and cut through the church parking lot so we could visit the neighbor dog for a minute or two. He was a nice, big, lonely dog, kind of homely, although with a sweet disposition; and he was left in the back of the church, apparently to guard the place, although I cannot imagine why on earth anyone would want to rob it. What were they going to get? A few hymnals, a couple of pews, maybe some holy water, couldn't be much in terms of resale value.

Anyway, the poor dog was there, not a vicious guardian of valuables, more of a forlorn, abandoned thing, always grateful to see me and Katie, always happy for any attention he received. The church people weren't what you would call pet lovers and hardly noticed his existence, the poor thing was lucky to get food and water on an irregular basis; except that there were a couple of small church boys who were truly delighted by him. It's always good to have friends and that church dog had a few.

After we stopped to see our buddy, we continued on down the main road, taking our time and enjoying the day. It was a pretty spring day, midmorning and perfect weather for walking. In just a few minutes, we had arrived at the old cemetery and pushed our way through the heavy old gate. Something about that ornate, rusted gate always gave me a little hushed chill; it was the passageway to another world after all; and the only time I would ever go there was in the full light of day. Once, when a ride dropped me off late at night, I had to walk past the place in pitch dark, it scared me so bad I couldn't even look in that direction, and just kept walking with as much tunnel vision as I could muster up.

So it's a fact that I was not seeking to see a ghost, regardless of the place. I have always been respectful of the dead and of their place in this world. For me, an older model cemetery is an escape from the unremitting noise and constant traffic of the world. Filled with all manner of trees and plants, thoroughly overgrown, it's very much like an outdoor church, with a sense of deep quiet far removed from the modern day. This, just inside the gate and closest to the street, was the oldest part of the cemetery. Most of what was left of the gravestones were faded and broken, some barely readable; but while a few others stood upright and solid, they too were ancient, only better built. There's a feeling of history connected with all grave-sites, and a sense of the spiritual. No hustle bustle for a damned fact.

Once inside the resisting, creaking gate, there were three paths to choose from. The path to the right followed the fence of the cemetery, and then it took a sharp left up the hill, going past the fireman's memorial. The hill on the right side was the steepest climb, followed by lesser slopes, but still a good healthy walk. And there was a harsher feel to this right side, wilder, more open space and not so cluttered with graves. Towards the back it went past a pasture of miniature goats, a pleasant experience usually watching them running around, but sad after the babies had been taken away from their mothers. The mothers would keep looking and calling for them, bleating with anxiety and fear. 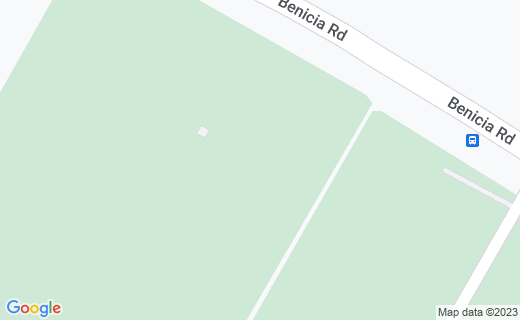 This is the cemetery where I saw the ghost truck.

The reason the old cemetery had so much open space toward the back was because a long time back, after some torrential rains, the graves on the last hills flooded down the hills with the rain. That must have been some sight to see, coffins shipwrecked and scattered, graves opened and empty. I don't know the particulars of how that ungodly mess was cleaned up, but a valuable lesson was learned and all the newer graves had huge slabs of cement anchoring them down.

The path to the left shared a fence with the new cemetery. Crypts were visible just on the other side of the fence, tiny little houses for dead people. The new cemetery was pretty much plastered over with concrete, not much to look at. But inside the fence of the old cemetery, there was a multitude of graves, trees, shrubs, and flowers, timeless and peaceful. It went on that way, up and down the hills, until the last hill, where everything sort of emptied out into a long expanse of green with occupancy scattered and held in place firmly with cement slabs.

The middle path went straight up the first hill and it was a sunny walk. Except for the graves, it was like being in a park, abandoned by people and with a timeless air to it. Up and down the gentle hills, jackrabbits and ground squirrels flourished and birds chirped busily in the trees. This was the path my dog and I took. It was her decision and she headed for the middle route.

This is kinda like the one I saw, but mine was older and more beat up.

We had been up and down a couple of hills when we heard the truck. Katie and I looked at each other once we were aware of the intrusion; we liked our walks to be solitary. Then we turned at the same time to see what was making the noise and there it was, on the left side path, chugging down a hill in full view, framed by full grown trees, but clearly visible. It was an antique truck, an old Ford I guess, not much past the time of the Model T. It was dark colored and I couldn't see the driver. After a few seconds, it dropped out of sight behind the hill.

Generally, when we saw maintenance workers or other people, we discreetly moved off in another direction. This time though, I was intrigued. That truck was old. It couldn't have been a maintenance worker, not a chance. Their trucks were more identifiable, if not with city markings, then with tools in the back, a working man feel to them. This truck was something else altogether, a visitor to a grave maybe, or what else I didn't know. For the most part, only the maintenance people were authorized. I had seen them on many occasions, mowing grass, clearing branches, tending to the cemetery. I had also seen a very few funerals in here, not often by any means. And the gates out front would have been open, but they weren't open, I know they weren't open, anything that unusual and I would have noticed it; and Katie and I would have kept going. I would never intrude on a funeral or let my dog intrude either; it's horrible to intrude on someone's grief, or even to be close to it. Also, the rare burials in this place would be accompanied by a hearse, flowers, a huge mound of dirt freshly dug, and other cars. No funerals were happening.

All this was running through my mind, I was curious. I looked at Katie; she seemed to be curious too. That dog and I worked well together; we could read each other's minds, and we started cutting across to the path on the left side where the truck was. It didn't take long, carefully picking our way around the graves until we were on the left path, absolutely didn't want to step on one, that would be bad karma.

Once on the path, we finished going down the slope and started up the next one. No truck was in sight by the time we reached the top. So we started down the hill and up the next one. Once on top of the second hill, it hit me like a blast of cold air, the truck was gone. No truck, no driver, not one thing was on that path. My dog and I were alone, standing on top of the hill. I turned in a complete circle, looking all around me for the truck. It was not there.

I stood there for a little bit thinking, wondering, and rehashing the whole scenario. Could it be? Had I just seen a ghost? I turned in a circle again, looking for the truck, looking and wondering. But there was no truck, no evidence of a truck, nothing but me and my dog, out for a walk in the cemetery.