God Does NOT Lie

God Does Not Lie

God is not man, so He does not lie

He is not human, so he does not change his mind. Has he ever spoken and failed to act? Has he ever promised and not carried it through?

God is the only being Who is incapable of lying. Everything that God said would happen before now, has happened-just as He said it would. Since God knows all things past, present, and future (and since He is completely honest), it is impossible for Him to speak untruths.

I myself can remember long ago being married and having only one child, for some odd reason (during this time) I wasn't able to have anymore children. But I never questioned it or even really cared. In fact I simply accepted it. I also remember telling my mother that I wasn't having anymore kids. Much to my surprise while I was telling her this information, I heard a giggling in the background as though there were others in the same room as my mother and I. Then I heard a voice saying, "That is what you think!" I was caught off guard and it was so plain to hear I asked my mother if she heard anything but she said no. So in time I forgot about this random experience, and went about with my life per usual. At the time (mid 70's to mid 80's) I was married to a professional liar. I believe he could even take a lie detector test and pass it, because he knew how to lie so well that he believed his own lies.

"Indeed, let God be true but every man a liar."

That marriage was bound to end because this man not only wasn't 'husband material' but he wasn't a good father either. So five years later after the divorce I remarried and had my second son, two years later after being married again, a daughter was next to arrive. I always remember hearing those voices in the background giggling "That is what you think" when I told my mother that I wasn't having anymore children. I had my second son 16 years later from my first born. Wow! That was foretold to me years ago that I would have more children, when I heard those voices giggling saying, "That is what you think".

This God-his way is perfect; the word of the Lord proves true"

Is God not more dependable than people?

If you will take the word of a stranger and act on it, can you not believe the Word of God? We find it easy to believe a trusted friend, a stranger, or even the daily media, but yet we doubt what God says in His Word? Are we making God out to be a liar when we don't trust Him? God Does Not Lie!

God is not a man, that He should lie;

And also the (Strength) of Israel will not lie

Also give it an added beauty. These bible covers come in all styles. 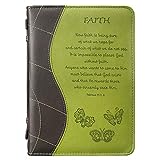 Also God's Word - Does Not Lie!

Sanctify them through Thy truth: Thy WORD is truth.

and the SCRIPTURE cannot be broken;

So the Scriptures are true. They are true and they can't be broken and they are written through the inspiration of God, who does not lie.

ALL Scripture is given by inspiration of God, and is profitable for doctrine, for reproof, for correction, for instruction in righteousness:

Jesus Christ's character was and is a perfect reflection of the character of our heavenly Father; the God of absolute truth.

"I am the way, the truth, and the life. No one comes to the Father except through Me."

Our heavenly Father by His spirit inspired these men of God to write these truths. God Does Not Lie! By the testimony of millions and millions throughout generations you have seen lives change and miracles happen. Why you might ask? Because God and His word and His only Son that He sent does not lie.The Bible's truth changes lives from the inside out, showing the truth of this power.

The Power Of Prayer - Can move mountains

Sometimes we just don't know how to pray. Although to me prayer is just talking to God. But there is also a prayer for everything, and when you pray from your heart you will then be heard.

The Power of Prayer
Buy Now

Paul says, "I am not ashamed of the Gospel of Christ for it is the power of God unto salvation." (Romans 1:16.)

Don't believe me, believe in the testimonies of others who has seen lives change and seen Him keep His promises. I myself won't be convinced otherwise, no one on this earth can convince me differently. My own parents can't convince me although they believed in Him too, not even my children can convince me, not even the Devil himself; the father of all lies can convince me that God lies. People may lie but God doesn't contradict His word. You have to really read the whole word to understand the true meaning, and to see the simple truth that God Does Not Lie!

I have no idea where I am going. I do not see the road ahead of me. I cannot know for certain where it will end, nor do I really know myself. And the fact that I think that I am following your will Does not mean that I am actually doing so. But I do believe that the desire to please you; Does in fact please you. And I hope that I have the desire in all that I am doing. I hope that I will never do anything apart from that desire. And I know that if I do this,You will lead me by the right road Though I may know nothing about it. Therefore I will trust you always, though I may seem to be lost and in the shadow of death. I will not fear, for you are ever with me and you will never leave me to face my troubles alone.

If more men would pray for your families and wife we would not be seeing the crisis that we have in our society today. If more men took there place and their roll in this world we wouldn't be hearing about so much of our young men doing drastic things like we hear and see today. Families would not be broken but men just don't seem to care and/por realize that the Devil is out there to destroy their families, to kill their children, and to steal their internal joy. Men, we also need you to pray! 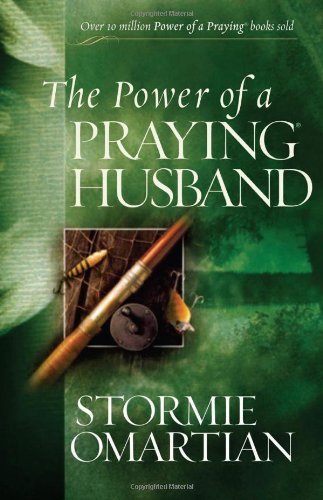 The Power of a Praying Husband (Power of Praying)
Buy Now

The Nature of God