If you've seen anything else I've ever reviewed about Go Fish Guys, you'll see I'm a big fan, but as I sit here and listen to the CD for their 2nd Vacation Bible School Curriculum, I have to tell you, I'm disappointed. Go Fish Guys are better than this. Now, don't get me wrong, the production is excellent, the harmonies are just as tight as you might expect. But I didn't get nearly as excited about leading the music in this VBS. For one thing, part of the "old school" is the use of hymns instead of new songs. That's not necessarily all bad, but . . . you'll see why below.

However, the VBS itself was GREAT! 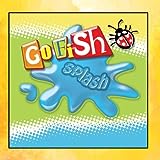 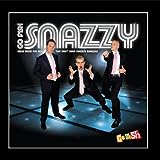 I really Love the Go FIsh Guys and except for this offering, I highly recommend them. Check it out below.