From October 23rd- November 21st the sun is in the astrological sign of Scorpio. Scorpio is the eighth sign of the zodiac and is the second water sign among the three water signs (which are Cancer, Scorpio and Pisces, all in that order). Scorpio is ruled by Pluto and Mars. Pluto as a planet represents death, transformation, rebirth and the hidden realms of the world and our psyche. Scorpio also rules the eighth house which rules over death, sex/sexuality, and shared resources. To learn more about Pluto check out my hub, titled: "Astrology: Pluto" http://deecoleworld.hubpages.com/hub/astrologypluto

Scorpio is a water sign whose element is water (obviously). Scorpio is of Fixed Quality and rules over the eighth house. The eighth house is among the water houses (4th, 8th and 12th) and one of the more hidden and mysterious houses. It governs personal and private matters of life such as sexuality and death, subjects that don’t appear easily and comfortably on the surface. It is how we express our sexuality, sexuality in relationships and deal with death. This is also a house of shared resources such as taxes, alimony, inheritances and insurances. It’s interesting that two of these shared resources, specifically inheritance and insurance, are often the result of an accident or death. It is also interesting that a popular saying by Benjamin Franklin is “The only thing certain in life is death and taxes. This statement truly describes the eighth house very much.

Scorpio’s phrase is “I desire,” and its glyph or symbol is the scorpion. It is interesting to note a unique, defining characteristic of a Scorpion. A Scorpion is am arthropod animal known for its venom and sting that paralyzes or kills there victim. This is used in defense and is an analogy to the zodiac sign Scorpio itself. Scorpios are intense, secretive, suspicious, and not very trusting (on the surface). It takes time for Scorpios to trust and they can put people through pentagon high security level defense systems in order to protect themselves. Scorpio sees vulnerability as a weakness and it’s hard for Scorpios to open up without showing their weaknesses. This in turn makes them seem cold and misunderstood, which isn’t quite true. As a water sign they are emotional, even so what happens is not on surface but inside, internally. So they will forever retain that “poker face” when in reality they are not as hard and cold as they appear.

t’s important to mention a unique factor about Scorpio, that it has two rulers (Mars and Pluto). Traditionally Mars was assigned to Scorpio before Pluto was discovered as a planet. Today a lot of astrologers place Pluto as Scorpio’s sole ruler. Even so, both planets can apply to the nature of Scorpio. Mars the planet of war and aggression is very similar to Scorpio’s nature. Passionate and filled with intense brooding energy, Scorpios will actively and aggressively go after what they want, like an Aries. Even so, they pursuit they’re desires and goals in more hidden, secretive ways, which brings Pluto into the mix. Pluto rules sex, destruction, death, regeneration and transformation. As a water sign they are highly emotional and intuitive. So they use their intuition and their ability to read people and situations. They tap into the hidden realms and vibrations of the world to get what they want. Mars (Aries) is a much more open planet than Pluto (Scorpio) is. So Scorpio relies on using hidden forces to achieve what they want without risking lost of control or exposing their vulnerability. Whether these forces are through intuition or manipulation Scorpio will never reveal its hand. In business terms think mergers and acquisitions, the taking over of one company by another company. Sometimes this takeover is friendly, other times it can be hostile, even so, it’s all about strategy and Scorpio knows a lot about strategy. This is especially true in their quests to get what they desire.

Scorpio is also very probing, investigative sign that relies on information (on the surface and latent to get ahead). This allows them to keep secrets and get secrets out of others. This in turn makes them a loyal friend or a resourceful enemy.

As a fixed sign, especially with Pluto as one of their ruling planets Scorpio is also known to be stubborn, jealous and possessive/controlling. Pluto is also a self-destructive planet that kills and transforms itself constantly. The myth of a scorpion is that they will rather feel the wrath of their venom and kill themselves, then to be killed. Though a myth for a scorpion, for a Scorpio this can be true. Call it pride or stupidity, part of Scorpio mission is to transform so they have to suffer a bit in order to reach higher states.

Even so, Scorpios seek to live fully, freely, intensely and with truth. Overall Scorpio is the sign that is intense, intensely loyal, intuitive, strong-willed and powerful.

So Happy Scorpio Season!!! Happy Birthday to ALL THE SCORPIOS’ OF THE WORLD, THIS IS YOUR ENERGY AND YOUR TIME!!! Thank You 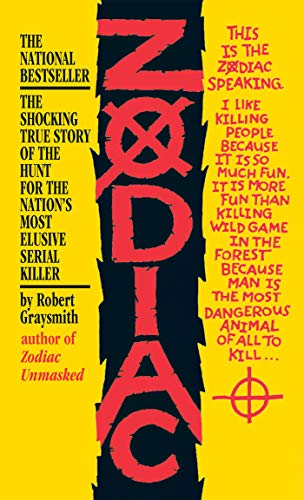 Zodiac: The Shocking True Story of the Hunt for the Nation's Most Elusive Serial Killer
Buy Now