I have seen a lot of TV weddings in my life. But very few of them are Jewish weddings. 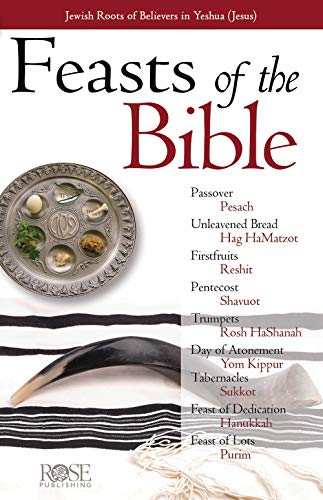 Leading up to the Wedding

Before the wedding, the couple separate for a time. The customs of the length of time vary from community to community. In some communities, the bride and groom don't see each other for a week before the wedding. In other communities, they don't see each other from the time the bride goes to the Mikva. Whatever the custom, there is a period of separation.

On the day of the wedding, Ashkenazic (pertaining to Jews from Germany and other Northern European countries) custom is that the bride and groom are experiencing a personal Yom Kippur (day of Atonement) so their sins are forgiven. This also means that they fast until the wedding. (Sephardic (pertaining to Jews from Spain and other Mediterranean areas) Jews do not have this custom).

While there are several things that build up to the wedding day, the wedding day itself starts with the Kabbalat Panim (literally "receiving faces"). The bride and groom aren't permitted to see each other before the wedding (customs differ on the length of time, varying mostly from a day or two to a week). So the bride (Kalla) and groom (Hattan or Chosson) are in separate rooms at this point.

In the groom's room (called a tish -- table -- in Yiddish), the men sit around and speak words of Tora (The law as brought down from Moshe -- Moses -- to the people on Mount Sinai). They also finalize the Ketuba (the marriage contract) by having the last letter filled in and having witnesses sign it.

At modern weddings, the Tana'im (engagement or betrothal) is often done at the tish -- the Tana'im used to be done up to a year before the wedding, but because it's hard to break off an engagement when the Tana'im was done first, that step was added to the wedding.

After the Tana'im, the men (and some musicians) dance with the groom into the bride's room where he pulls her veil over her face. The father of the bride gives her a blessing from Psalms (this is the blessing that father's give to their children every Friday night at the Shabbat (Sabbath) table). The groom puts the veil on to avoid what happened to Yaakov (Jacob the Patriarch) when his father-in-law substituted Lea for her younger sister, Rahael. 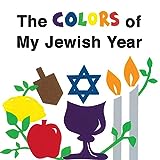 The Huppa (Wedding Canopy) represents the home the couple will build together.

Under the Huppa the bride and groom finalize their nuptials. The Ketuba (wedding contract) is read and signed, the groom gives the bride a ring (the groom says "behold, you are sanctified to me with this ring according to the law of Moses" in Hebrew). The couple drink some wine (after a series of brakhot -- blessings) and then the groom breaks a glass to remind us that even in our greatest joy we are sad about the destruction of Jerusalem (2000 years ago).

The couple then go to the Yihud room (the room where they get to be alone). They then come into the reception area where they are swept away by family and friends and the first round of dancing takes over.

There is a lot of dancing and some weddings have "schtick" (for example, jugglers, fire eaters, baton twirlers, etc.).

A Year of Jewish Stories: 52 Tales for Young Children and Their Families
Buy Now

At the end of the wedding (as under the Huppa) Sheva Brakhot (7 blessings) are said. These blessings are part of the Birkat HaMazon (Grace after Meals) said after the meal over a glass of wine. The glass of wine is passed around through the guests to 7 people the couple want to honor and each on says one of the Brakhot (blessings).

For the next 7 days (including the wedding night), Sheva Brakhot continue, usually at the homes of friends, who throw these parties for the new couple. In order to spread the joy of the wedding around, someone who wasn't at the weddings should be included in the guest list each night.

The Sheva Brakhot help ease the couple into their new life together. They are considered newlyweds for the next year.

This tile necklace would make a nice gift for bridesmaids.

You can see all Compugraph Designs Jewelry Designs here.

Did this help you understand the Jewish Wedding customs? - What else would you like to know?