The Jewish Months Nissan and Iyar

The Jewish month of Nissan is considered the first month of the year even though Tishrei is the first month from a "creation of the world" perspective. Nissan is the month that marks the anniversary of the Jews becoming a people, a nation. In Exodus, G-d tells us to call Nissan "Rosh Hodoshim" -- the head of the all the months. (Before the months had names -- names for the Jewish months don't appear until the Book of Esther and most are from other Middle Eastern languages -- they were called by ordinal numbers -- and Nissan was the first month. Strangely enough, the Tora says that Rosh Hashana, the Jewish New Year, is the first day of the 7th month.)

In the time of the book of Exodus, the Children of Israel were slaves to Egypt. The worked very hard and cried out to G-d. G-d sent Moshe (Moses) and Aharon (Aaron), his brother, to Pharoah, the king of Egypt, to tell him that G-d wanted him to free the Children of Israel from bondage. At first, they just asked for a weekend off, a day (Shabbat, the Sabbath) to worship in the desert.

When the 10th plague, the killing of the first born, came, Pharoah panicked because he was a first born. That's when he said to take the people out.

After the people left, they began walking toward the Red Sea but, as they got there, the Egyptians had a change of heart and decided they didn't want to lose their slaves, so they chased after them.

When they realized G-d had saved them, the Children of Israel sang a song to G-d. Then the women came out and sang and danced.

Iyar is a month of post-biblical observances.

The 4th of Iyar is Yom HaZikaron, Israeli Memorial Day. It is a day to memorialize the fallen soldiers who gave their lives for Israeli freedom.

On the 5th of Iyar, we celebrate Israeli Independence Day (Yom Haatzmaut). This holiday marks the beginning point of the Modern State of Israel.

Israel was established as a homeland for the Jews by the United Nations in 1947. See Declaration of Israel's Independence 1948 for an article about the establishment of the State of Israel.

The 14th of Iyar is called Pesach Sheini or second Pesach. In the time of the Holy Temple (the second Temple was destroyed around the year 70 CE) when the Pascal Lamb offering was brought, people who were ritually impure on Passover would bring the offering on Pesach Sheini.

The 18th of Iyar is celebrated as Lag B'Omer or the 33rd day of the Omer (the Omer is a 50 day period between Passover and Shavuot, the day when the Tora was given on Mount Sinai.

With the reunification of the city of Jerusalem in 1967, the 28th of Iyar was established as Yom Yerushalayim, the day of Jerusalem. Read more about Jerusalem and her history at CBN Jerusalem Facts

Vote for your favorite Passover product from Amazon

Passover Around the World
Buy Now 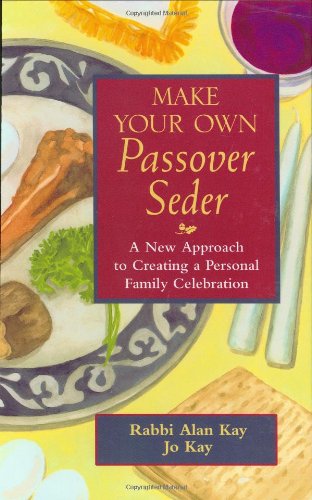 Make Your Own Passover Seder: A New Approach to Creating a Personal Family Celebration
Buy Now 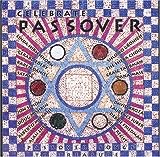 This canvas bag is only one of several Jewish holiday themed items at our store: