Often the term 'avatar' is associated with India's religious traditions and the many gods and goddesses therein. One such tradition is Gaudiya Vaishnavism, which holds Sri Krishna as the Supreme Personality of Godhead and worships his many incarnations. Gaudiya Vaishnavism acknowledges the loving teachings of Jesus Christ, and does not limit God to one name. It delves deeply into belief in the divine feminine. Its followers practice bhakti yoga, a process of service and love under the guidance of a bonafide spiritual teacher. The goal of this process is to reawaken one's love of God and return to Him.

To those in the West, Gaudiya Vaishnavism may be familiar as the Hare Krishna movement, or ISKCON. ISKCON was established by Srila A.C. Bhaktivedanta Swami on the request of his spiritual master. He brought Krishna Consciousness to the West, and now, because of him so many all over the world are trying to obtain "prema", or pure love of God, by following the process of bhakti yoga.

Sri Nityananda is considered one of the many avatars of the Supreme.

Who is Sri Nityananda?

There is a verse in the Bhagavad Gita where Krishna says He descends during times of strife and irreligion. His most recent descent was 500 years ago, when Krishna took on the golden complexion and unparalleled love of His beloved Radha. His name was Sri Caitanya. With him was Sri Nityananda, who was more compassionate than any other avatar.

Sri Nityananda appeared in Ekacakra in the year 1474 CE. He is the "mad man avatar" because he displays many symptoms in ecstatic divine love of God, such as rolling on the ground, profuse crying, and defying social customs and rules. It is said that Nityananda is the original guru; he gives instructions for how one can get back home, back to Godhead. He humbles himself by begging door to door and asking only that people chant the maha mantra (Great Mantra) for deliverance from all suffering -

There are many stories about Nityananda.

Although many people were envious of people such as Sri Nityananda, still he would go out to chant Krishna's names. It is said that by chanting the names of Krishna, one can awaken love of God within the heart and leave material sufferings behind. Nityananda wanted to give this benediction to all.

Nityananda returned the next day, and was injured in the head by a piece of clay pot thrown by Madhai. Hearing of this, Sri Caitanya rushed there, ready to slay the brothers. It is said that the Lord will forgive an offense to Himself, but not to His devotee. This is why Sri Caitanya was infuriated. He summoned a burning disc of fire. Nityananda stopped him, saying that because Sri Caitanya had promised to be merciful to all without discrimination, how could he not also be merciful to these two brothers?

Sri Caitanya agreed. Realizing their great mistake and feeling sorrowful, Jagai and Madhai prostrated themselves at the feet of the two Lords, and begged forgiveness. They were later chanting Hare Krishna with the entire group of Sri Caitanya associates. They gave up their bad habits, and were joyful.

Jagai and Madhai Rescued by Nityananda

This is part of an old black and white Bengali movie (the clip has subtitles) called "Nader Nimai". In this clip, the encounter of Sri Nityananda with the brothers Jagai and Madhai is shown.

More stories of Sri Nityananda at:

The names of Sri Nityananda are said to be very auspicious. Sarvabhauma Bhattacharya, Vaishnava poet and saint, wrote that the daily recitation of these names can give freedom from all miseries and get one his most cherished desires. One also receives the mercy of God by reciting these sacred names.

2) AVADHUTENDU - The spiritual moon of divine love in madness

5) KRISHNA-PREMA PRADAH - He who bestows pure, ecstatic love for the name, form, and pastimes of Sri Krishna

8) SHRIMAN - Majestic; lord of Lakshmi, the Goddess of Wealth and Fortune

11) JAGAT TATRA - The savior of all creation

Prayers, Mantras and Gayatris: A Collection for Insights, Protection, Spiritual Growth, and Many Other Blessings
Buy Now 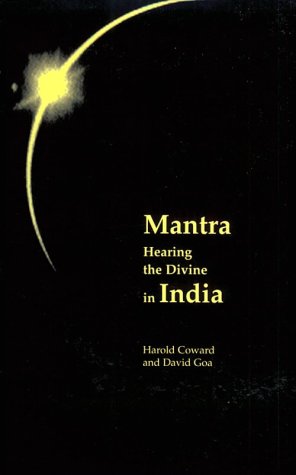 There are many beautiful songs and verses written to and about Sri Nityananda. Following are some verses and song excerpts:

"Sri Nitai is so merciful. He saw that the souls have been suffering here, drowning in this ocean of materialistic existence from time immemorial...Sri Nitai felt love, affection and compassion for them. He became sympathetic for the suffering souls, so He brought the Holy Name from Sri Vrajabhumi for all people."

"Lord Nityananda goes to every doorstep and requests everyone with folded hands, "O my dear brothers, all of you engage yourselves in the chanting of hari-nama (chanting the holy names of Hari). If you do this and follow My instruction, I promise that you will very easily cross over this dreadful ocean of material existence."

"I worship the transcendental moon of Lord Nityananda, who, being exquisitely sweet, makes everyone blissful. His effulgence defeats the pride of lightning. His chest is broad and his face extremely pleasing with its shining smile, and its eyes, restless out of pure love of God, making sidelong glances. He wears garments resembling a rain cloud and is adorned with various ornaments. "

1) "Who is Nityananda?" - text and pictures combined with a beautiful song called "Nadiya Godrume Nityananda Mahajana"

3) "Nityananda Trayodasi" - traditional song and worship of the deity of Sri Nityananda in Mayapura, India

Sri Nityananda in the temple

In many, many temples worldwide and in homes, there are beautiful deities of Sri Gaur Nitai - Lord Caitanya and Lord Nityananda - and their arms are raised up as they dance and sing Krishna's names throughout the streets of Bengal. The deity of Lord Nityananda appears always with the deity of Lord Caitanya, although in some rare cases I believe he appears also with his wife Jahnavi Devi.

Please tell me what you think! =D Any questions?

I am considering doing more lenses on divine figures of India. Any ideas? Rama Navami, celebrating Lord Rama, is soon!