The Night My Angel Came Within My Sight

I have always believed in angels as far back as I can remember. They have always been part of my life. They touch me in so many ways that I feel their presence around me every day. There are angels that are messengers telling us things that we need to know. There are angels who guide us along the paths of our lives. And there are angels who protect us. Who are sent to us to get us out of situations where we have no control. I met my protector or guardian angel one snowy night lost in a snowstorm. I know for fact that he was there to protect me from harm. Without that angel, I am not sure what would have happened that night.

I truly believe in the power of angels within our lives. Sometimes we know that they are there, other times, they work silently and quietly behind the scenes. But they are there and people have recorded their work within the lives of people every day.

Angels 101: An Introduction to Connecting, Working, and Healing with the Angels
Buy Now 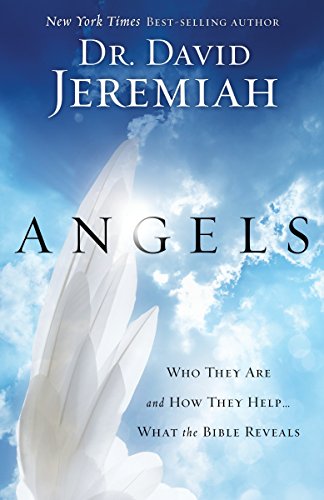 Angels: Who They Are and How They Help--What the Bible Reveals
Buy Now 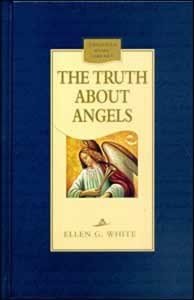 The Truth About Angels
Buy Now

Do You Believe In Angels?

Some people like myself know that angels are active everyday till it is time for them to escort us home to heaven. Others have their doubts. Some want to believe in their existence, but have no evidence to prove it. Where do you stand?

Do you believe in angels?

We were living in a rural area in New York , state of, about 35 years ago, near the Delaware Water Gap, not far from the Poconos. Everyone who knows the area, knows the kind of cold dreary winters that I am talking about. There are real mountains and when the snow comes on, it comes on fast and furious. It also has some winds that cause driving to be horrid at times. Worse than that, there is the ice that you can't see. To me that was always the most scary part. Sliding on that slick stuff that you don't know that's there till you get to it. That was the type of night when I met the angel on a highway in the middle of a snow storm.

I worked in a hospital about 30 minutes from home where my husband at that time also worked. Normally, we were lucky enough to work the same or close to the same shift, so we generally rode together. I was never one who wanted or would drive in the snow. I just wasn't good at it.

That particular day, there was some light snow predicted, but it was supposed to hit much later in the evening, well after we would be home. So, since we were working different shifts that day, we took two cars. That way my husband, who was working a much earlier shift could get home for our kids when they got out of school. I really did not think anything about it at the time. Even though it was getting darker earlier, I knew that I would be home right around dusk.

Then Things Got Worse

Near Blizzard Sets In

So, I started out from work to head home, some 30-40 minutes away. Of course on the day that you want to get home early, you are always getting out later than you planned on. There was a about three inches of snow on the ground, but I did not take the threat too seriously. I thought if I headed out right away, I would beat the storm. The option of getting home, trumped the option of staying at the hospital overnight. As I left the hospital, the snow really started getting very heavy, but I had made my decision and did not want to change at that point. With the heat and lights on, and with a prayer I headed out. By the time I made the highway, things were really getting bad. The snow was accumulating very fast and the visability was very poor. Now I really started having second thoughts about my decision. There were not a lot of cars on the road at all by the time I started hitting the lower hills. Now I was really getting antsy. As I got up the first larger hill, I could feel my traction decreasing. You could only see the tail lights of the cars in front or to the sides of you. After I cleared the first hill, I knew I had real problems. Even on the straighter parts of the road, you could could not see a thing. On a road where people are used to doing 60-65 MPH, you were only able to do maybe 10 miles an hour. The road was slick, the wind picked up. The exit signs were almost invisible. After the first exit, traffic thinned nothing and I regretted not watching TV to get an update on the weather before I left. Four exits to go ! Not a soul on the road. There were no cells phones then. No plows or police on the road and I thought if I break down here, I have a real problem. The worse part was the snow was freezing on the road and it was slick

Angel To The Rescue

In dire straights on getting home, I did start to pray. I prayed for the car to hold up, till I could at least get into the town where I lived. I prayed to steer true and not slip, but things were getting worse. The wind picked up as I got into the higher elevation and I really could not see more than a couple of feet, if that in front of me. The roads were getting slicker, and I was having problems keeping it straight. The prayers were getting stronger as I felt the danger getting worse. I keep sliding going downhill and was having problems with traction going uphill. I was now into well over 1 1/2 hours into a trip that should have taken 30 minutes. I was getting a little anxious, for sure. But I kept on praying harder, as the weather deteriorated before my eyes. By now, there were no cars in front of me and none behind me. There was no one.

The road was empty except for me. Everyone else had the common sense to be home. But I kept praying that I would be safe and get home ok

I looked at my rear view mirror for a split second and when I looked at the road again, all of sudden there were the tail lights of a car in front of me, where none had been before. The interior lights of this car were on and I could see the driver sitting there. He was going as slow as I was, and had his hazard lights on. It seemed to me after a minute or two that he was actually guiding me through a path of his own tire tracks.

Very slowly, but surely, we kept on going one exit at a time. I was well over two hours into the trip by now. But at least I knew there was a person that might help me if something serious happened. I felt comforted by the bright light in the car ahead. I felt that every thing was going to be ok.

Finally Made My Exit

So Did My Angel

I finally saw my exit, two and three quarters hours into my trip home. I turned my turn light on and when I looked up again, he was gone. We were going now more than 5-7 MPH and he had been right in front of me the second before. And now he was gone. There was no way that he could have gotten out of my view that fast. The interior lights were gone. The headlight light no longer shone. The tail lights were gone too. And I wondered what really had happened. Then I knew that my prayers were answered and an angel had guided me home. I gave thanks and headed home to my family, who had been worried sick over my delay.

I Know That I was Blessed By An Angel

You can say a lot of things about that night. But I know for sure that an angel was sent to protect and guide me home. I know that my prayers were answered. I gave thanks in my heart for the help that I had received. Someday, I hope to be able to thank that angel in person. Meanwhile, while I am here on earth, I keep a collection of angels in my home, to remind me that any prayer can and will be answered. I keep the Angels of The Lord in my heart and bless them for all that they do for myself and the people that I love

Touched By An Angel

This had to be one of my favorite TV series of all times. If you have never seen these, please make time to view them. They are very inspiring. There is no violence. And they are suitable to be watched by everyone. They will take you away from the violent world we live in into a more peaceful place. Good tool for teaching your kids some great lessons

Touched by an Angel - The Complete First Season
Buy Now

Touched By An Angel: The Ninth and Final Season
Buy Now

I believe there are people who have been "touched by an angel". We'd love to hear how angels have affected your life. Why not share your angel story. Or just stop by and say hello. I hope that you are blessed by an angel today.