The internet provides a plethora of stories from every genre, but little evokes more emotion and opinion than tales of the paranormal.

What is the paranormal? The dictionary describes the term as any occurrence that is not (scientifically) explainable.

Foretelling the future, seeing ghosts and communicating with the dead are all paranormal activities. Most of us have had at least one such experience; some of us--like me--have had several.

Having had many episodes, I want to say that extra sensory perception (ESP) is real. But mine isn't something that I can "call forth." My experiences happen via dreams and "glimpses" that I cannot control. Here are some of my stories.

Extra Sensory Perception and Me

Dreams and True Stories of the Paranormal

I hear voices but not the "garden variety" type portrayed in movies and (sadly) noted as a symptom of mental illness. Sometimes, I will see an object belonging to someone and that object "speaks" to me about its owner.

One such time I was babysitting my neighbor's seven-year-old boy and his toddler sister.

"Dawn" was on a swing; ominous clouds and strong winds seemingly came from nowhere. I was panicked, as the girl wouldn't budge from the swing and her brother was nowhere to be seen.

I ran down the hill in search of the boy. I saw his bike leaning against the house. The bike "told" me, "Chris is in the house and he is crying." I couldn't imagine what had happened to make him cry, but I heeded those words.

The ranch house was long and I entered at one end as I called out to him. No answer. I ventured to the farthest end of the house and entered the master bedroom suite. I heard whimpering; it was coming from the bathroom.

I crept in, listening intently as I didn't see him. The crying was coming from within the bath cabinet! Chris had climbed into it and closed the doors of the cabinet. I coaxed him out and he explained that he was hurt because he hadn't been invited to the en prompt u cookout for neighbor boys held next door.

While the circumstances were trivial, my telepathy was dead-on.

I was a single mother following a divorce. I swore that my son was destined to be an only child. I became reacquainted with a high school sweetheart. After two dates, I began having the same dream again and again.

In the dream, I was walking down a road. I could only see the backs of me, a boy with brown hair and a slightly taller blond child. The boys belonged to me in these dreams and I was always on the outside, nearest the road (as any mother would be). The dreams were always the same, no words or reason to them.

But I knew they had meaning after being plagued by three dreams in as many nights. I would learn soon enough.

My new boyfriend would become my husband. And he begged for a child of his own. How could I deny him this gift after he was so attentive to my son? I conceded, and we learned of the pregnancy early-on in the term. Following procedure, I had an ultrasound.

There were two babies. They were boys.

True to my dreams, one was very blonde with white eyelashes, and one boy was very brown (with a ruddy complexion), dark brown hair and eyelashes!

More convincing, was their height as they grew to be the ages depicted in my dream. The blonde was one inch taller than his twin..

The meaning of the dream was now clear: the road suggested that I was to embark on a new journey with twin boys in tow!

The Complete Dream Book: Discover What Your Dreams Reveal about You and Your Life (Book Cover May Vary)
Buy Now

Understanding the Dreams You Dream Revised and Expanded: Biblical Keys for Hearing God's Voice in the Night
Buy Now 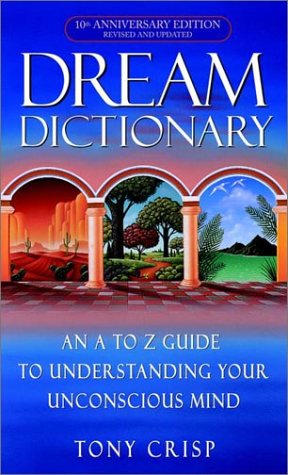 Another dream I had was about my grandfather; I'll summarize here:

I dreamed that I was thrown off a train by angry conductors. As I fell, I looked up at the sun. While shielding my eyes, the sun changed shapes and settled on the number four. I exclaimed, "My grandfather is going to die at four o'clock!"

Several months later, I was babysitting and my mother came to tell me that her was in the hospital, and was critical.

When I was left alone to my thoughts, I went and stood by the kitchen's oven clock and waited. At four o'clock I said a prayer and walked away to tend to the children I cared for.

We attended the funeral and gathered at my aunt's house. They were talking about my grandfather's death and my aunt said in a single breath, "He died right at four o'clock, right on the nose, right on the button."

Another such dream involved my first husband's grandfather.

I dreamed that I was on the phone with the grandfather and he said, "I have a message for Matt (my then husband)." The voice was similar to a narrator's voice of a popular TV show, and quite unique.

I didn't get the message, as the connection was bad on the phone, and the line went dead.

I had never met this man, nor had I ever talked to him. He was estranged from my mother-in-law (his daughter) and they had not spoken for years.

The following morning, I answered the phone; it was rather early to be getting calls, so I was quick to answer. It was my mother-in-law. She said, "I have some news. Do you want to tell him, or should I?" She gave no explanation, only those words, but I knew his grandfather was dead. "You can tell him," I said.

In a later conversation, I asked my mother-in-law if her father's voice was similar to the narrator on TV. She confirmed that I was right and said, "How did you know that?" I told her about my dream and my angst over not getting the message.

I wished for a second chance, but never had another dream about the man.

I've had many such dreams and will write about them in future lenses. One thing I've noticed is when I write about my gift of perception, I experience more activity with ESP's powers. Look out dreams!

Discover Extra Sensory Perception and Try Out Your Gift! - You can develop you power to Foretell the Future!

I believe that everyone has some degree of perception. There is truth to "mother's intuition" and "I have a feeling," or "I have a sneaking suspicion." Those are not merely cliches. Read or visualize about developing your inner gifts with these suggestions. But please note, you may be overwhelmed at first by your new-found abilities! 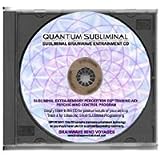 The Unexplained: ESP, Dreams and Disasters (A & E)
Buy Now 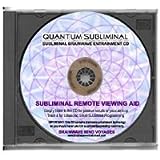 Have you ever had a dream come true?