How can we explain events like premonition, foretelling or the unpredictable? Is our fate laready written on the stars? Maybe our ancestors knew something and got lost in time...?

Is there really a book of life already written for us and... God just want us to play the script? Is there a Universe next to ours that probably gets stuck in our own? The following story is true and was experienced by the Author.

My wife and I finally found the house where we were going to have this weekly Bible study. The handwritten address finally matched this door's number: 313. A woman in her late 40's, who was sponsoring the study, greeted us and introduced us to four more ladies that were already having their Bible study.

One of them remarked that we were that 'rare species' that were assisting to this meeting together, and that we should've been proud to be there as commanded by God.

They congratulated us for having the guts to give her company and a bunch of feminist quotations.

Needless to say, our wife joked about our jealousy and lack of confidence. "Just kidding Joey!"

From the beginning everything seemed to be 'normal'... should we have said normal?

After ten minutes into the session, we heard somebody knocking the front door. It was this preacher, Reverend Washington who gallantly recognized everybody by their first name... and of course, he got hold of us.

"And you are Mr. Cross, right Sir?" We nodded and shook hands. "Good evening Reverend..!" we said kind of annoyed. The first thing he did was to study our moves; maybe trying to make an eye contact with us, which made us more nervous and a little uncomfortable.

15 minutes later, and relaxing ourselves with this round table, we felt that we were in the wrong place. "These parables and verses from the Bible were a sad reminder of my boring Sunday school when we were just kids. All of a sudden this Reverend broke into our conversation... and right out of the blues told us: "I see you having a new car pretty soon my friend," just like that, in front of everybody. "Well, thank you so much Reverend, but we already have our Neon 1996 and we are close to paid it off. 12 months to go and we had enough of those monthly payments that were hard to keep up with," I responded.

"Praise the Lord, almighty, and whatever was the reason for me to say this to you... Never mind. Well, I apologize if I told you directly with no warning; sort of close range declaration Mr. Cross, but I was telling you... what my heart really told me . Might've been God talking through me, but I hope you don't get annoyed, you know?"

I was really about to say something really bad, but changed my mind. "Don't worry Reverend, I was glad I came in here to experience my own 'spiritual growth,' and If I'm gonna get a car, I hope it's worth buying it." I finished wishing to leave my wife with them..!

Unfolding events? Who would've thought! That morning was like many others; we drove home after 8 stressing hours of grave shift work. We were supposed to drink some coffee before heading home. But, we just wanted to get to bed as soon as we could, but responsibility was first. We needed to have our shower, and take our son three blocks down the corner where the School bus would make a stop for him and his friends.

Five miles into my driving we started to... yep! dosing off. Actually, we felt already asleep on a red light and we, gee! were so stubborn...! Just thinking now, we could've taken a nap on our company's parking lot. We eventually had to make another dangerous stop on another red light. The driver behind us had to blow his horn in order to shake up that state of sleepiness, and his action did help us... for a little while. Nothing was the same from there on.

As soon as we shifted into drive, we saw this humongous fire engine truck coming from its Department Garage. We were supposed to stop and let this Mastodon passed us by. But thinking that perhaps... we had enough time to beat it, we ended crashing it 'head' on at about 30 miles per hour. The image was pathetically surreal, and we saw this white cloud inside of our car and... in a very slow motion, like in a sequence movie, we just collided and crashed into the middle side of the engine. The last thing we saw was this panel gauge controls from that engine truck... and that was it! Our air bag was released and impacted all over our face and shoulders, bursting our hopes like never before. This whitish powder covered our face and our inner frightening thoughts.

We thought we were going to die decapitated, or not even able to walk again anymore. This was like a miracle; we didn't get any pain or concussion whatsoever. The firemen immediately came to the rescue and set this collar around our neck, and pulled the stretcher that they had, and rushed us right to the Hospital.

After three long weeks, we received﻿ in the mail a severance payment from our car insurance. $2,000 were better than nothing; which was enough to use it as a down payment and buy a brand new Pontiac GT 2000. The Reverend was right! But listen to this: four days after the crash, he took us to this junk yard where our White Dodge Neon was pounded. we picked up our stuff and papers that we left in the glove compartment and trunk. He said it clear: "Let's get outta here Joey, this place is rotten And I know this odour. It smells like Mafia..." 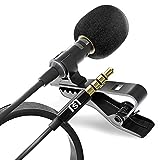